Christmas is a time for stuffing your face and disregarding such pettiness as diets, moderation and manners, and in that spirit, our 100 Games You Must Play segment is a veritable feast this week.

We’ve got some modern  classics fresh off the vine, which are sure to leave a lingering sweetness on the back palate; a couple of rare delicacies that you may not have tried before; and a generous helping of arcade hits, aged to perfection. 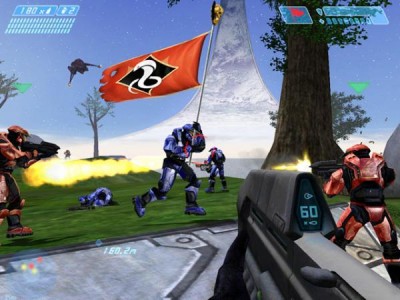 The story behind the ‘Combat Evolved’ in the original Halo’s title – something that often sets people off-balance as they wonder whether it is even linked to Halo 2, 3 and Reach – is one of intriguing origin. The people at Bungie apparently resented the addition to the title, but Microsoft were convinced ‘Halo’ on its own was too short and no one would buy it. How wrong they were.

Halo is one of the most successful shooting franchises out there, for good reason. The campaigns haven’t always been the strongest, and have been in decline since this very first game set such high standards with its single-player or co-op space-age adventure, but the addictive multiplayer ensured people misspent hours upon hours slaughtering other Spartan soldiers in team games or free-for-all combat. As Halo: Anniversary has just arrived on Xbox 360, you could either play the slightly modified, modern version of the game, or go back to the old game and see what all the fuss was about. 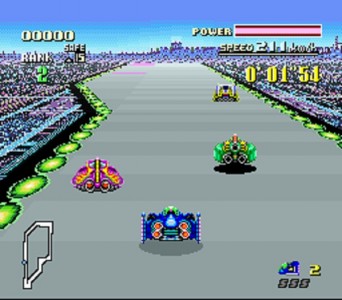 F-Zero set a standard for the racing genre and is responsible for the creation of the futuristic sub-genre. THAT is how awesome it is! Using an innovative graphical technique thingy called “Mode 7”, F-Zero featured realistic racing like never seen before and contained fast, dangerous and challenging gameplay where your vehicles can even be destroyed beyond use. To this date it can still leave you biting your lip and screaming at the screen – a testament to how well it’s aged over the years. For those looking for a more ‘modern’ experience, check out 2003’s F-Zero GX, it just highlights all the amazing features of the original. 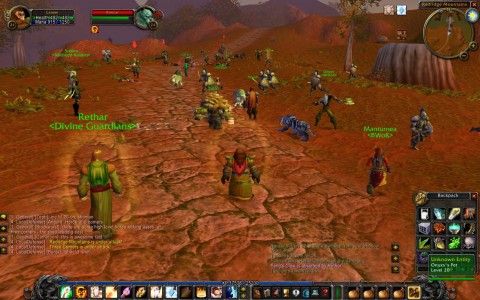 If there is ever an MMO that can be defined as “the one that started it all”, it would have to be World of Warcraft. WoW is the father of raids and instances, and it’s a testament to the title that even half a decade later, it still generates as much buzz as ever. While the game may have gotten a bad rep, you still owe it to yourself to play it for the people you will come in contact with (some fantastic, some just a bit odd) and the sheer fact that every time you gain a new level item, you feel that little bit of accomplishment inside. Add in the detailed backstory, the endless quests, and battlegrounds, and you don’t have a reason not to play WoW. 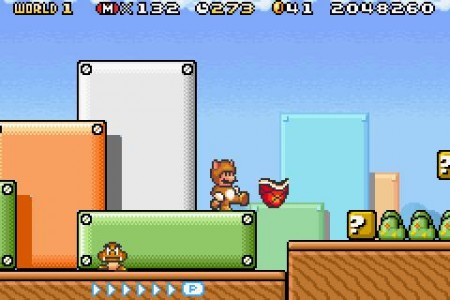 The Japanese version of Super Mario Bros 2 was deemed too hard to be marketed overseas, so the West received it as that strange, vegetable-plucking, floaty-physics platformer that had little to do with the series. When Super Mario Bros 3 finally hit, the franchise had returned to its roots as a pure platformer, and is arguably considered the pinnacle of 2D Mario platforming.

SMB3 added a lot to the series, and many of the new features became standard not only for later Mario games, but the platformer genre and even video games in general. Most importantly, it’s known for injecting even more character into the Mushroom Kingdom and its inhabitants.

The bread and butter of the series’ gameplay – running and jumping – was kept intact and expanded upon expertly, granting Mario more abilities, including the iconic Tanooki Suit that provided the power of flight. It was also the first Mario game to include something we’re so used to nowadays that its absence would seem bizarre  – level selection via a world map view.

Greater diversity was apparent in the enemies, providing multiple versions of the traditional Goombas and Koopas, as well as introducing other enduring characters, like Chain Chomps and those stacked-up cacti. The environments also varied greatly, with the gameplay and physics changing accordingly. Now, Mario could slide down slopes, sink in quicksand in the desert, and skate around on icy surfaces. It really changed up the basic gameplay, and made each world a unique place, with unique challenges.

Chances are you’ve already played this one, but if not, you better keep it a secret until you sit down with a NES, or SNES, or Game Boy Advance, or your Wii’s Virtual Console, and get into it before someone finds out about your shameful oversight.

Don’t worry, I won’t tell anybody. 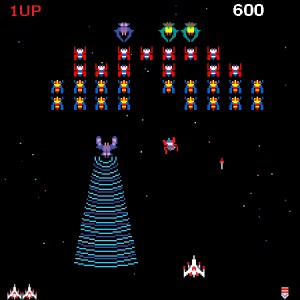 Although it may be a sequel to the fixed shooter Galaxian, Galaga stands on its own as a fantastic game. Where other arcade shooters like Space Invaders or Galaxian provided no variation in levels, Galaga brought different formations of alien invaders down for you to blast. With the help of bonuses like an extra ship creating dual lasers, and bonus rounds to gain some extra points, Galaga is one of my all time favourite arcade games, one that I have played across a number of consoles over the years.

The most recent addition to the Galaga name is the 30th anniversary addition for iOS, featuring Galaga in all its incarnations. Thanks to names like Pac-Man and Galaga, Namco was one of the front-runners during the Golden Age of video arcade games, paving the way for the current success of Namco Bandai. 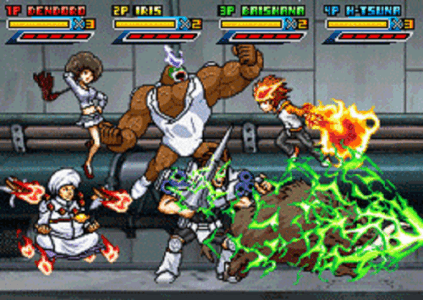 76. Katekyo Hitman Reborn: Flame Rumble X
Platform: Nintendo DS
Genre: Fighting
Release date: 2009
Nominated by: Luke Halliday
While there were definitely some great fighting games on the Nintendo DS, none revolutionised the DS fighter genre in the way that Katekyo Hitman Reborn: Flame Rumble X did. By taking influence from the immensely popular Jump Ultimate Stars, this took the best elements of that game and improved them tenfold, making it one of the fastest paced fighting games on the DS, with more customization than you could possibly imagine. It is definitely a game to play before you die. 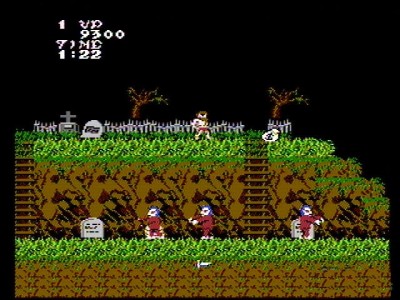 Now what can I say about this legendary game?  Created by Capcom way back when games were starting to flourish in the arcades, not much was known about King Arthur, our  little knight/hero in shining armor. Why were he and his queen in a graveyard that dark and gloomy night? All of a sudden this big red flying demon appeared out of nowhere, snatched her up and took her off into the darkness.

And with that intro, you placed your quarters into the arcade machine and set off on a perilous journey into the unknown, demonic world full of ghosts, goblins, flying red devils, and a variety of unique and evil creatures. Players were aiming to save their beloved queen from the clutches of what could only be described as the king of the demons: a creature so scary it had two heads, one in his belly and one of course on top his shoulders.

Ghosts n’ Goblins is one of the most successful side-scrolling platform games ever created. Its originality was certainly unmatched by titles back in its day. Controlling King Arthur was very easy (only two buttons in the game were used, jump and shoot/throw weapon) so anyone could play it. Of course to the N00b starting off, I would guarantee that they would never get out of the starting graveyard level alive without throwing more quarters in.  It was easy to pick up and play and had outstanding level design, but what really made it stand out was its sheer level of difficulty. In all my years playing I’m still unable to finish this game with only one credit, and I’ve only seen one person actually accomplish this task. To do so you need great reflexes and a photographic memory, to remember where enemies and end of level bosses will be coming from, and where to find the much-needed secret items and weapons.

If you ever get the chance to try the original game on an arcade machine, please do so.  It’s a game that you need to play before you die – and die you will when you play it, over and over and over – but you’ll enjoy every minute of it. 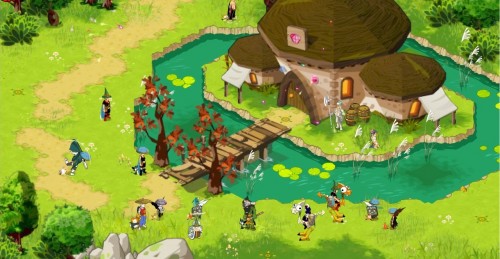 78. Dofus
Platform: PC
Genre: MMO
Release date: 2004
Nominated by: Luke Halliday
While other MMORPGs mostly aim for presenting a 3D overworld with real time battles, Dofus stands amongst the crowd as genre-defying. While it does indeed fit within the MMORPG genre, it features a beautifully hand-painted art style and world, paired up with an intricate turn-based strategic combat system, setting a precedent for the genre. More so than that, the world of Dofus is fully realised and holds the claim of being the most popular RPG in France and Canada. For its bold step away from the norm of MMORPGs, Dofus deserves to be played. 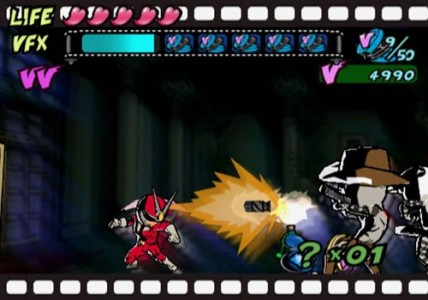 You know that weird small red guy from Marvel vs Capcom 3? This is that guy! Viewtiful Joe is the most refreshing and unique take on the side-scrolling beat em’ up I’ve ever personally played.

The basic premise of the game is that the game your playing is a movie, as the lead actor and director. So while the game is an epic side-scolling beat em up with intelligent puzzles and platforming elements, your also given the ability to slow down, speed up and zoom-in on the action. To make things even more exciting, when you do this it doesn’t effect the game, but rather the world. Slowing down near a platform hovering via fan will cause the fan to stop and the platform to fall, speeding up around a fire will put it out, you get the idea.

The creativity to Viewtiful Joe is endless, and with a unique B- film setting and unforgettable and loveable characters, Viewtiful Joe is easily one of Capcom’s finest and in my opinion, one of the greatest games I’ve ever played. HENSHIN-A-GO-GO BABY! 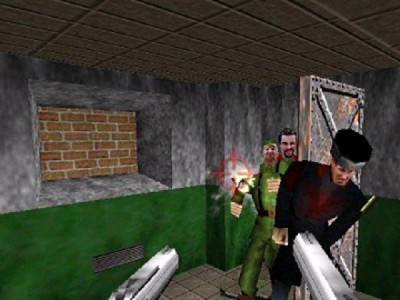 There are some things in games that, for whatever reason, just don’t work. At least, until a game like GoldenEye comes along and fixes everything.

It was a recipe for disaster in theory; a console first-person shooter, which rarely hold up against their more responsive PC counterparts, and a film-franchise game to boot. Unlike most licensed games, GoldenEye wasn’t rushed to coincide with the release of the film – it was out two years later, in fact, meaning the dev team could take their time to polish the game.

And polished it was, with mission and environment design that was both faithful to the source material and effective in gameplay. It hit the right balance between stealth and action, and the fantastic multiplayer mode became a staple in many households, including mine. We still pull out our Nintendo 64 from time to time, and GoldenEye is, by default, stored in the cartridge slot, ready for another round.

It’s the little game that shouldn’t-but-did. Still regarded as a classic today, it has appeared on many a “Top Games” list, and, behind first-party juggernauts Super Mario 64 and Mario Kart 64, it was the third-best-selling game on the console.