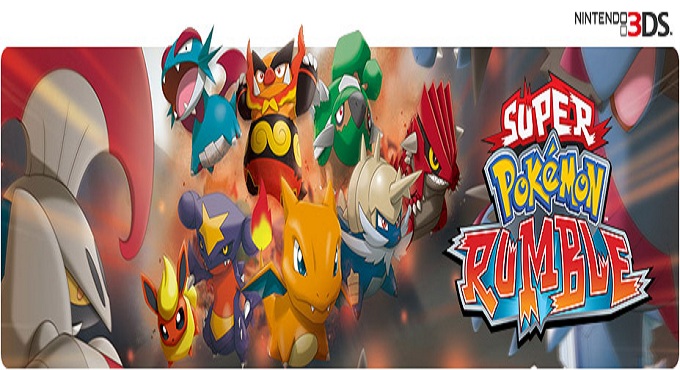 My first job in retail was with Nintendo working as a rep. in Hornsby Myer, and I can remember clearly when the Pokemon phenomena swept through, creating levels of hyperactivity amongst kids and insanity amongst parents. Well, over 10 years later, the crazy little critters that have delighted us for over a decade, will come to life in a way never seen before. Super Pokemon Rumble arrives in stores 8th December, exclusive to the 3DS, much to the delight and anticipation of fans around the world.

Taking place in a world called Toyland, the first instalment for the 3DS allows players to battle and collect up to SIX HUNDRED toy Pokemon, all in 3D and all without the need for invasive glasses. Also implemented within the game will be a new special feature allowing co-operative multiplayer gaming with discoverable Streetpass content. As well as the story mode where players navigate their toy Pokemons through countless imaginative worlds complete with giant toy Boss Pokemon, there are also new Team Battle and Charge Battle modes.

In terms of the ever important connectivity, Super Pokemon Rumble allows players to connect either through a local wireless connection where players can play co-op through levels both have already completed or through Nintendos built in Streetpass function. While in Streetpass mode, you can battle against others toy Pokemon as well as view customised Mii characters. Many fans will also be happy to know that some of the toy Pokemon that can be found are from the highly successful and popular Pokemon Black and White games. Pokemon laucnhed in Japan in 1996 and has since gone on to sell over 225 million copies worldwide and inspire many franchises.