Before we get too in-depth to this preview, I must state that I could only play through the first two chapters of Afterfall: InSanity. While I haven’t experienced the entire game, I believe I can give gamers enough insight to either pre-order or simply buy a different game.

It’s 2035. In a post-apocalyptic earth, humans have dug themselves in large underground complexes to escape the instant greenhouse effect of the above world. The Third World War brought massive devastation, and the few fortunate citizens of the Republic have made sanctuary in the prepared shelters. Secluded in the underground facility, time weighs heavily on the survivors of Day 0. 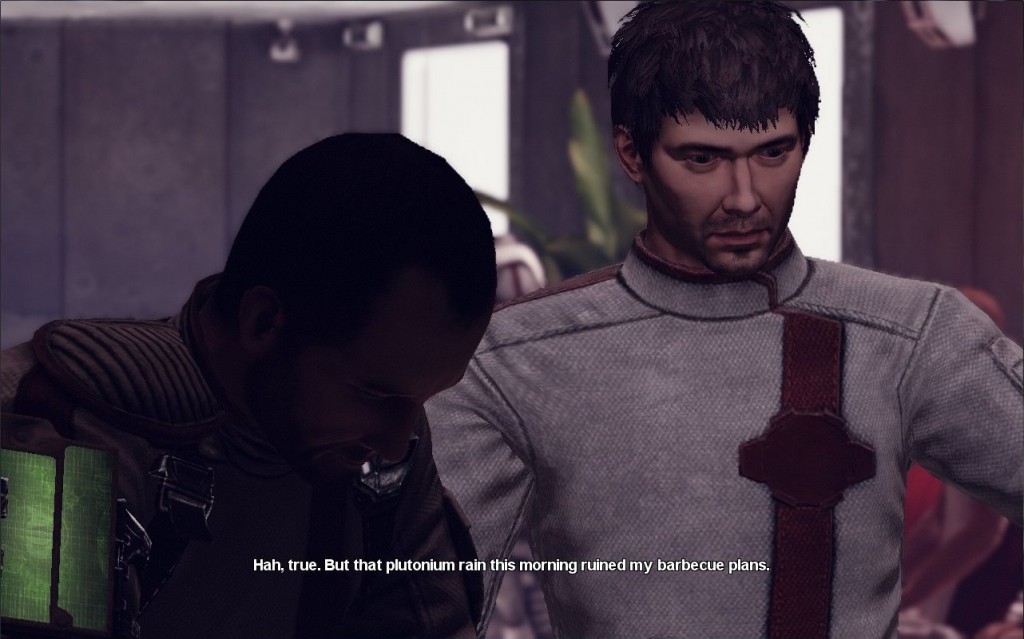 In charge with the care of residents’ mental and physical nature, Dr. Albert Tokaj finds himself faltering to the same distress. Beyond normal depression and sleep deprivation, Albert will come to face an unknown plague that may forever change his already damaged world.

As the protagonist, you take the role of Dr. Albert Tokaj. Forced to perform psychiatric evaluations for the Republic, Albert’s job becomes easily overwhelming. The opening scene portrays the psychiatrist dozing off while in session with one of the facility’s residents. Startled as the resident confronts him, Albert seems physically and mentally exhausted. Once the scene ends, you are free to roam your living quarters with and objective to find your handheld PDA. And the action horror begins… 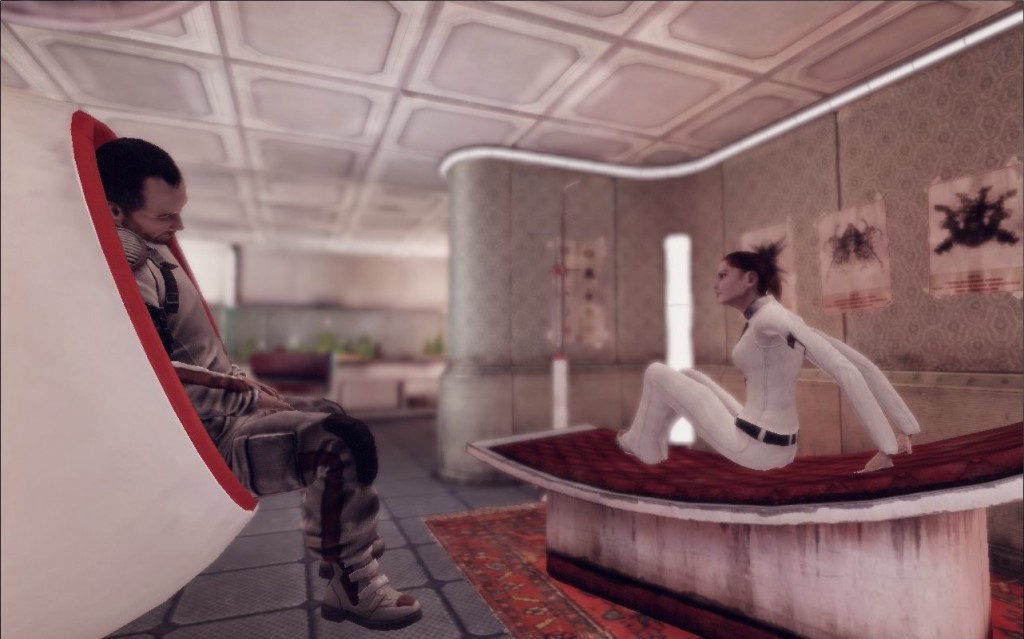 Afterfall: InSanity starts off slow by giving the player a tutorial on basic gameplay. Players will develop their own personal feel, but the basics are essential. For instance you must use “E” as your interaction button, and movement is your standard W,S,A,D. So if you are ever walking by a vending machine and care to use “E”, a can will fly out of the bottom and land on the floor – only to mysteriously disappear after 10 seconds. 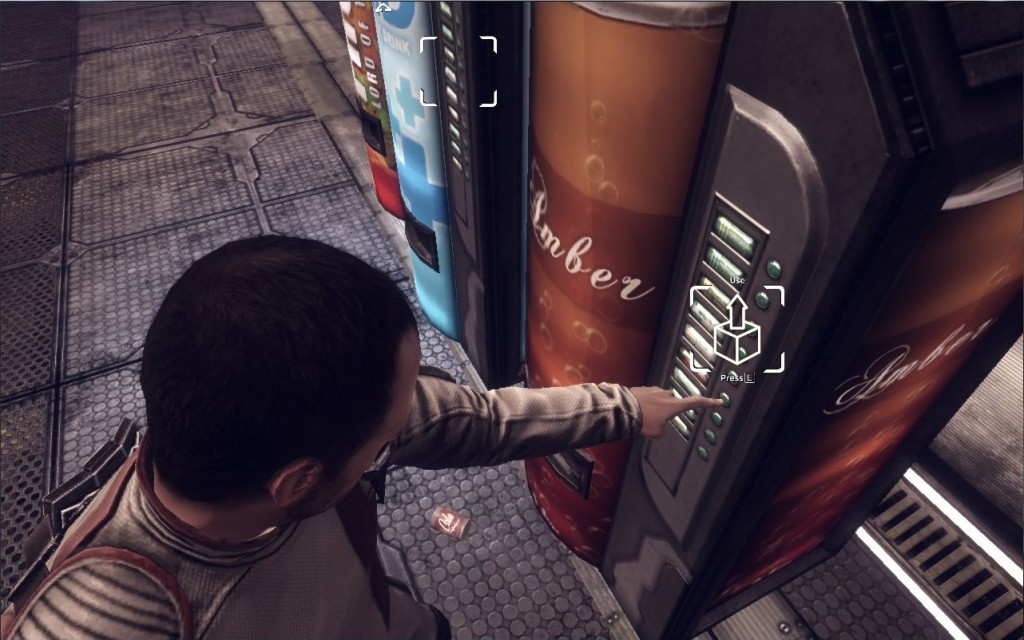 In junction with the tutorial, you will learn how to fight in a bar. With several people cheering you on, your first attempt at fighting is with bare knuckles. A left mouse click will cause the character to make a jab while a right click will initiate a block. Using left and right movements while jabbing will cause chain attacks and add fatigue to your swings. Chaining attacks is effective but is a learned process and not explained in the tutorial. A final kick with “V” will ensure that your opponent does not get up – and it is rather hilarious. 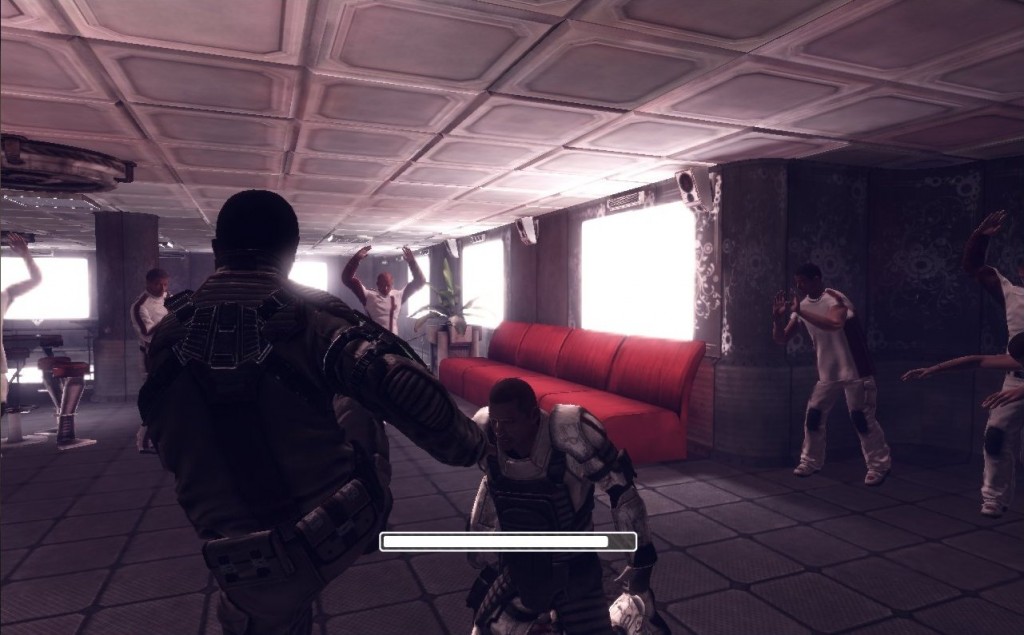 Upon defeating your first foe, you get to try your luck at using weapons. Using your interaction button, you may pick up weapons like firefighter’s axe, pipe, and even a broom to whack at your opponents. Players can chain attacks similarly to the first fight in the bar yet fatigue weighs in faster. Eventually you will pick up some badass guns like a pistol, shotgun, tranquilizer, and assault rifle.

Why would you need these kinds of weapons? As Dr. Tokaj, you will investigate a matter on a different level of the facility. Ordered by the high command of the Republic, an immediate quarantine was issued to address the unknown situation. Accompanied by two elite guards – one was only a bouncer, Albert will assist in decentralizing any contacts they meet and investigate the reasons for the lock-down. Walking around proves to be very informative as you will find security cameras and data logs on computer consoles. The guards make you do all the work and want you to unlock the bay doors to access the level further. Upon opening the doors, an enraged humanoid attacks the group. One of the guards physically retrains the being and slams it to the ground. Laying motionless the guard starts stomping on the humanoid which does sit well with Albert. Taking a shot from the tranquilizer gun, the guard falls to the ground. The standing guard motions over and yells at Dr. Tokaj for unnecessary measures. Being ordered once again, Albert must venture further into the quarantined section or else face the wrath of HQ. HQ might have been nicer. 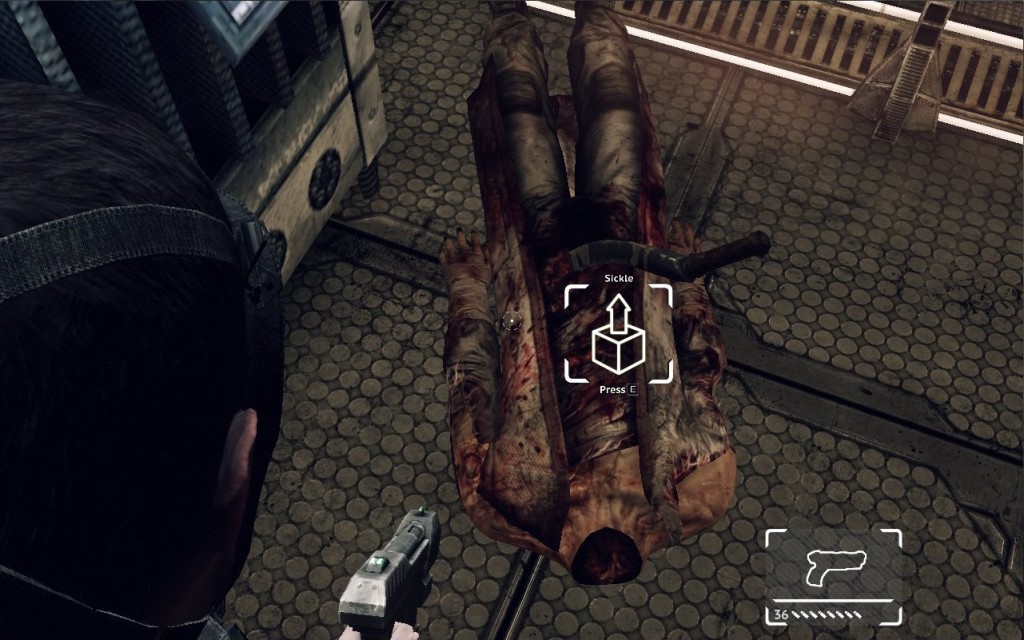 The changed humans you end up meeting look deranged, mutated, and muscular. At first I did not think that some of the weapons would suffice in killing the humanoids , but even a broom can be considered a weapon in today’s society. After beating one of these baddies down, you can even initiate an execution.

Puzzles make Afterfall: InSanity an even more enjoyable experience. Some devices like door panels can be hacked by using your PDA. Your PDA creates a link and can decode the device by using the directional keys. Trial and error mixed with luck creates the enjoyment of hacking terminals. Gears will appear once a correct directional is pressed but will reset once an incorrect command is given. For example, (W,W,S,D) may be correct until “D” and will reset once the “D” is pressed. Trial and error will show that “A” was the correct choice when the player enters (W,W,S,A). The lock will open, and you will continue on with your adventure. 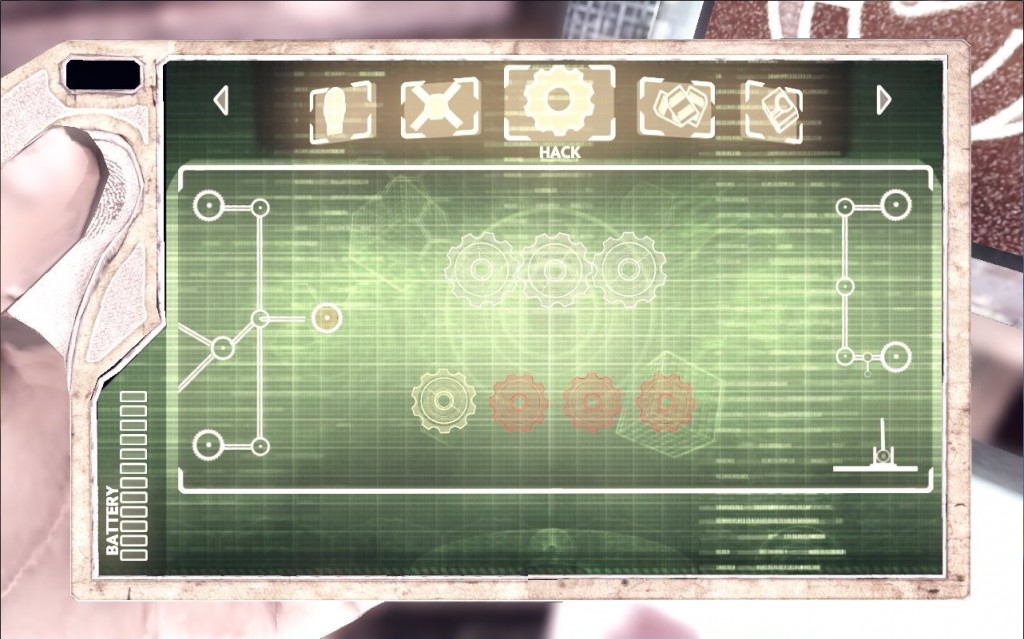 Third person fighting tactics meshed with challenging puzzles holds my attention very well. You will want to explore every room to see what kind of weapons or data can be found. Whenever I see that “E” pop up, I have to test the device out – even if it turns the lights off.

The environments feel realistic and emanate the confined attribute of claustrophobia. I find myself always checking my back just in case someone decided to drop in for tea. I don’t want to let go of my firefighter’s axe, but I might give it up for a shotgun. Shooting first and talking later is not common practice for a psychiatrist, but these are troubled times. 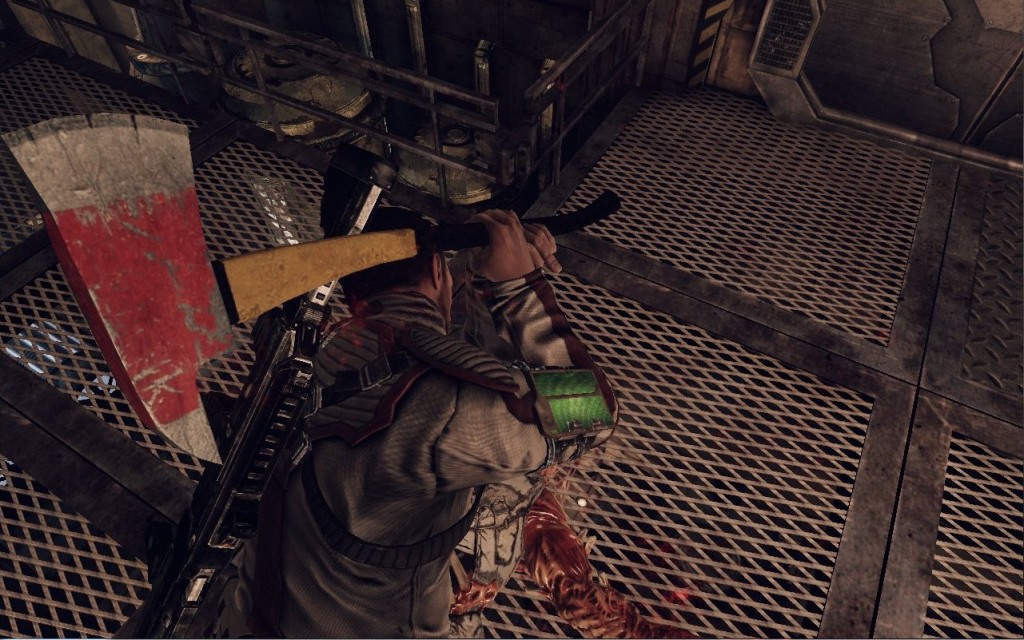 If you want a great third person action horror, I think this is a must on your shopping list. There is not a multiplayer function that I know of, but playability is increased with increased difficulties and achievements (achievements were not in preview). Additionally, if the pre-order limit of 10,000,000 is reached, the game will be available for only $1. If the limit is not reached, all of the money from the pre-orders will go to charity.

For further information, check out the Afterfall Official Website.

Take a look at the entrancing environments of Afterfall: InSanity… then run away in terror