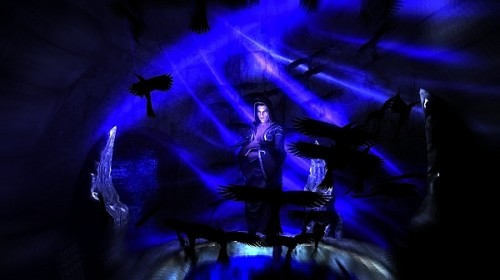 Remember way back when Bethesda gave an offer to their fans? They said that anyone who had a child be born on 11/11/11, the same date as Skyrim was released, and then named “Dovahkiin” they would end up getting a lifetime supply of Bethesda titles. Well, some people may not have went for this deal but it appears that one die-hard gamer family took them up on it.

This is because an 8 pound 1/2 ounce Dovahkiin Tom Kellermeyer is now the proud owner of perhaps one of the most unique names ever. The day before the baby was born, the mother wrote that “We’ve toyed with Dovahkiin and the ramifications of naming a child that name, and that name being based on a video game character (however awesome), and what impact that would have on him. But the more I thought of it, the more I settled on Dovahkiin, contest or no.” With this, the family get a lifetime supply of Bethesda titles and a Dragon Born baby.

Skyrim is taking over Sydney