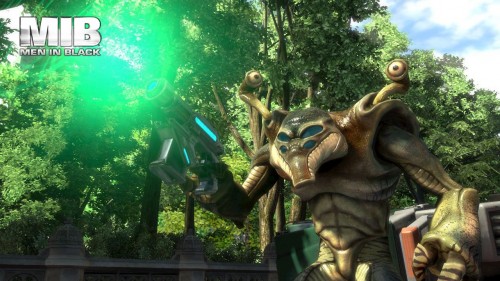 If you thought that the Men in Black movie franchise was dead and gone then you are just living in a world where you have already been flashed by a neuralyzer. Well not really, because as far as I know, not many people realize that there is a Men in Black III in the works and it is set to be released sometime next year. But one company knows about it.

Activision has announced that they will be working on a Men in Black game to coincide with the release of the movie. Not much information was given at the time of announcement, besides that it will be released on both consoles and handhelds. Also the above screenshot was released so there is that. Who’s excited to see if they can recreate what we loved about the first two Men in Black movies in video game format?