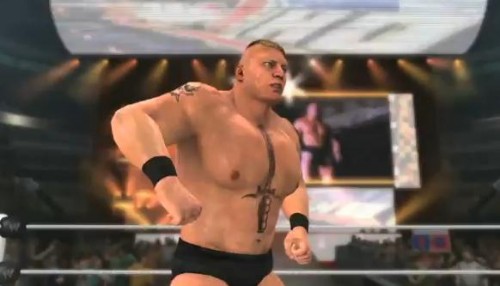 Last night we brought you a report that Brock Lesnar would in fact be a featured Superstar in WWE ’12. Right on cue, THQ have now confirmed this with a new trailer featuring the “Vanilla Gorilla”.

The clip shows some teasing at the start, with a bit of gameplay footage afterwards that shows Lesnar in action. This isn’t the same Brock we seen in “Here Comes The Pain” either, as his current UFC look (with the chest tattoo) is the one that will be featured within the game. If you are a WWE fan, this is pretty big news as Brock hasn’t even been spoken of in the WWE Universe for years due to leaving the company for his very successful UFC career. Check out the new clip below and get ready to do some F-5s, as WWE 12 launches November 22nd.

Homefront at Home on PC