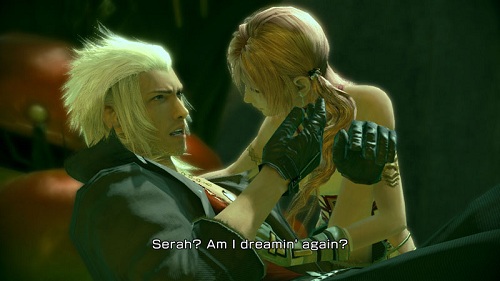 As far as everyone can tell, the only characters who will be fighting alongside you in your party for Final Fantasy XIII-2 are Serah, Noel and a monster that changes depending on your paradigm combination. It does seem however that a few characters may make an appearance and help out occasionally, as the latest trailer also shows that Snow will join in combat, but perhaps only as a supporting role.

The trailer is seven minutes long so there is a lot to be seen in the video, including Lightning’s world and even her reunion with Serah. Perhaps there are a few spoilers below, but it is certainly a must watch for everyone, especially those curious about a number of changes from FFXIII.