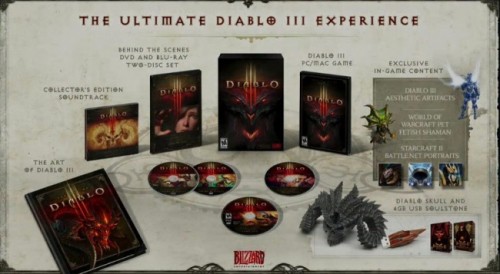 We’ve already heard about how Diablo III will be free at launch if you subscribe to the annual pass for World of Warcraft. But what about those who just want to play Diablo III when the game is released? Well earlier today at BlizzCon the company revealed that they will be releasing what they call the “ultimate Diablo III experience.”

This ultimate experience will be in the form of a currently unpriced Collector’s Edition. It will include everything you see above, including a Collector’s Edition soundtrack, Art of Diablo III artbook, Behind-the-scenes DVD/Blu-ray, a Diablo Skull and 4GB USB Soulstone, as well as some in-game content in the form of Diablo III aesthetic artifacts, a WoW pet named Fetish Shaman and Starcraft II Battle.net portraits. Anyone want to guess how much this will cost upon release? 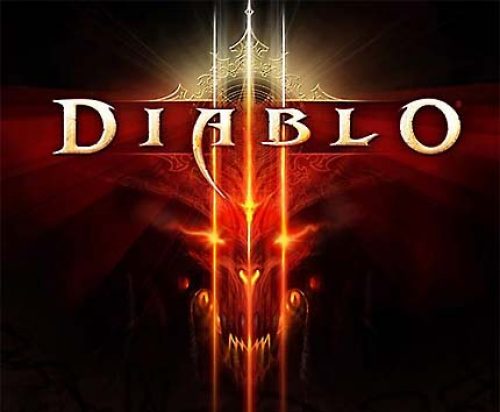