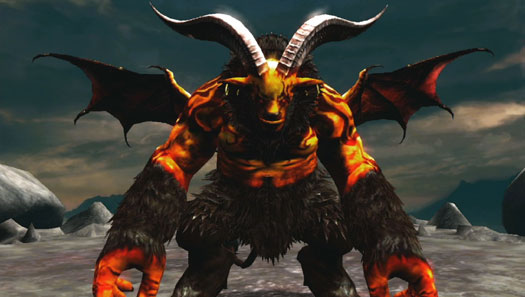 Who hasn’t wanted to control a hoard of a hundred angry manic goblins, hell bent on annihilating their enemies on their quest to reclaim the King of Hell’s throne. Well Square Enix certainly had any such Playstation Vita players in mind as they announced Army Corps of Hell as an exclusive Vita title.

Developed by Entersphere Inc., Army Corps of Hell features vicious combat and dark black humour all of which add to the intense action that requires lightning reflexes. The team over at Square Enix are also clearly very excited about this title saying,

“Army Corps of Hell is an exciting new title for us, and we’re thrilled to be bringing it to the PlayStation Vita exclusively,” said Sarah Hoeksma, vice president of brand for Square Enix Ltd., “The team at Entersphere is creating a unique experience which will really stand out from the other titles coming to the PlayStation Vita in the launch window”.

After watching the trailer this game looks like it has a huge amount of potential to be exceptionally challenging, give you a good power trip as you command and lead your minions, as well as having a quirky feel and nice bright colourful visuals. Enjoy and let us know what you think.

Army Corps of Hell lands in Europe next year

Rogue Planet most talked about Game on iPhone TODAY !!