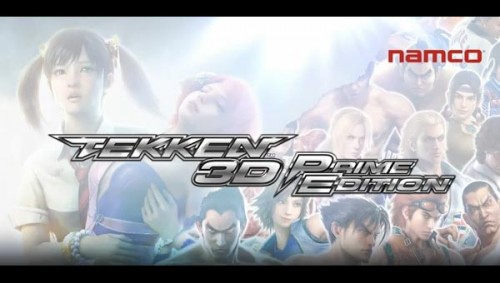 If for some reason stepping across the threshold into Namco Bandai Headquarters in Tokyo doesn’t put me into the category of extraordinarily lucky, then being one of the first in the world to play the upcoming Tekken 3D Prime Edition certainly does.

While the game may have been rather limited in terms of playability and characters, the two limitations worked in favour of each other. The lack of levels meant that I could easily get through the game, in a matter of minutes. This meant that during the small amount of time to try out the game, I was able to test out a few characters. Rest assured the final product will in fact have a wide range of characters; it’s only for this build the majority of them were locked. Those who were available have some rather impressive combination manoeuvrers and special attacks.

Thanks to the limited levels I could focus purely on understanding the controls of the game. The problem with playing a fighting game on the 3DS is that combos are slightly more difficult to pull off, compared to a console based fighting game. Namco Bandai have us covered, and have utilised the 3DS touch screen, adding four touch buttons that are short cuts to special attacks.

Features not present in this build were street pass, 3DS to 3DS multi-player, and a 3D Tekken movie. Namco Bandai have stated that there will be online multi-player options for the title, and that the final product will have both the game and full length film, Tekken Blood Vengeance, on the one cartridge. Due to the image quality needed for 3D films, Tekken 3D Prime Edition will run at 60 frames per second. Due to this Tekken 3D Prime Edition has some of the best 3D I have seen on the 3DS to date.

Needless to say, Tekken 3D Prime Edition will have a strong marketing campaign behind it. In the welcome speech and announcement Namco Bandai aired a really funny trailer for the game. In the trailer, a sinister Yoshinori Ono, the producer of Street Fighter, mocks Namco Bandai for their attempt to bring their fighting franchise to the 3DS. The end result is a super powered Tekken producer, Katsuhiro Harada bursts through Capcom’s window, head butting Yoshinori Ono, getting a hit on his street pass, and casually leaving the building. Tekken 3D Prime Edition is due to be released February 2012.

3DS may come with a region lock