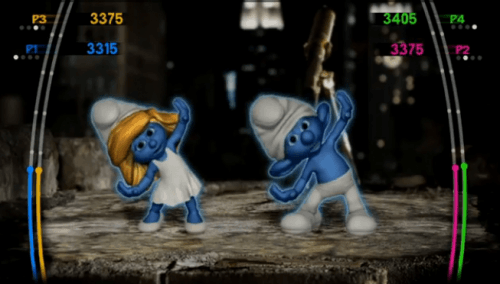 It seems that everything that was once cool and popular shall never fully fade away, but merely lie dormant waiting for the chance to once again enjoy the limelight. The Smurfs are no exception to the rule, currently enjoying a massive overhaul and comeback in various forms of media. So it should come with no surprise that Ubisoft have announced their Smurfs and Co. Facebook game has reached 10 million active monthly users.

Smurfs and Co. is a social based network game that entails players taking on the role of a smurf to build smurf villages and uncover special smurfy ingredients to aid Papa smurf in his creation of a magic potion to finally rid the smurfs of the evil Gargamel by erasing his memory.

Being such an old and respected franchise its not hard to fathom why the game has reached such a high user base and appeal across varying generations and game preferences. Ubisoft are also keeping the stakes interesting by consistently adding new features and contests to keep players on their toes. The Smurfs and Co. has been the No. 1 licensed based social game on Facebook since its launch.

To take control of the iconic blue characters visit www.facebook.com/thesmurfco. Smurfs Dance Party seen in the demo for Nintendo Wii and DS are available and instore.