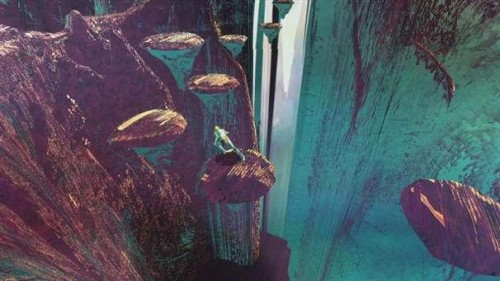 The heavenly tale of El Shaddai: Ascension of the Metatron is now out in Australia, and all of you can bid thanks to the folks over at Konami for publishing UTV Ignition’s visual masterpiece in the region. For those unfamiliar, El Shaddai put’s players in the role of Enoch as he climbs the Tower of Babel and tries to save human-kind from a great flood. While the story is great, the main element of El Shaddai are the intense and breathtaking visuals. Backgrounds are constantly flowing with color and animations, and players can literally watch the armor crack off each opponent as they do battle.

Those of you still on the fence can check out our review here, and the rest of you can now find the actual game at all JB Hi-Fi stores for the Playstation 3 and Xbox 360. A new trailer has also surface to show off the game to all of you Aussies, which you can watch below.