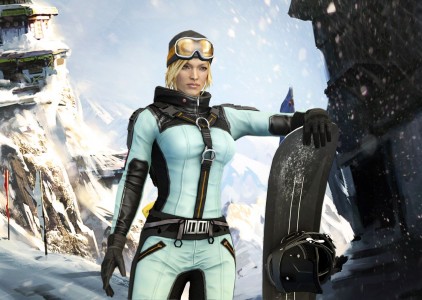 EA has just released a new SSX trailer detailing one of the characters that will be in the game: Zoe Payne. Formerly a dirt racing champ, Zoe has switched to the snowy mountains of the world to be a snowboard/extreme sports player. In this video though, we get a look at Zoe’s former world in the racing arena. With a unique comic book style, it is certainly interesting to watch, but it is a little disappointing that there is no snowboarding or gameplay shown off. If you want more character videos, check out EA’s Facebook page here. The new SSX launches in January of 2012.