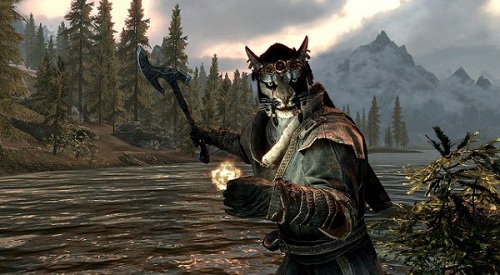 PC gamers can be a bit of a fickle bunch. With EA’s Origin service many people grew angry over EA’s departure from Steam, and any game that is announced to use Game for Windows Live is instantly met with a sigh due to the horrible service that Games for Windows LIVE is. Well my friends, you can take that sigh away because although the game is being published under the Game for Windows logo, it won’t use the Live service.

This news comes from PC Gamer after a short conversation with Bethesda’s vice president of PR Pete Hines. This fact was then later confirmed on the game’s official twitter account saying “We can confirm today that we’re using Steamworks for Skyrim.” Thanks to this news, PC gamers can breath a little easier by being able to avoid one of their most hated services.

Skyrim DLC will have an “expansion pack” feel