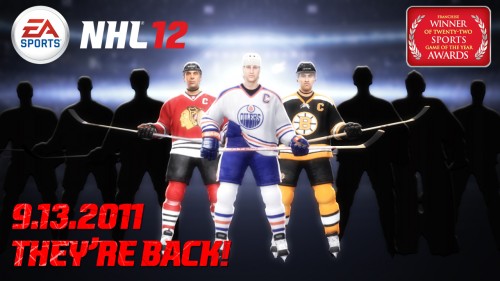 EA Sport’s next NHL game is coming to the Xbox 360 and PS3 on September 9, 2011. In NHL ’12, you’ll be able to play with some of hockey’s best players like Wayne Gretzsky and… uhh… other guys, presumably Canadian, who were really good at the sport. On top of that, there is a special Legends game mode, and you can add any of the legendary players to your own team. Check it all out in the newest video below. Which one will you choose to rep your team and send the competition packing? Hopefully, the game will also continue to innovate in its genre and fix glitches, as well as add new features that fans have been clamoring for.