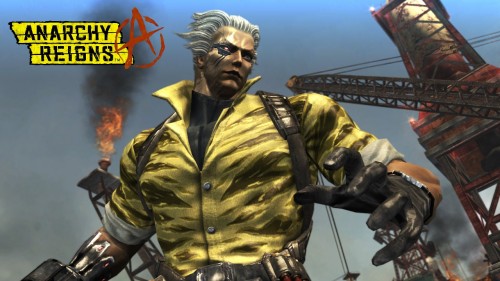 Anarchy Reigns is already home to a number of different characters and most of them have plenty of eccentricities that make them unique from your standard playable character. But I don’t think a single one of them can even hold a candle to the newly revealed character named Durga.

Earlier today Sega revealed the trailer, which you can see below, that not only shows off Durga’s outfit but also his abilities. The man sports a tiger styled wardrobe complete with a tail, a nearly white looking spiked haircut and even two robotic looking feet that are claw footed. To top it all off he even has a revolver cannon sitting in his leg. Needless to say I believe that I have found my favorite character when Anarchy Reigns releases some time next year.