XCOM is an interesting title being developed by 2k Games Marin and they were presenting a demo level demonstration behind the scenes at their booth for the media, which I of course attended. After entering the room we were given a brief rundown of the game, namely that the developers have some influence from the Bioshock series and that the game takes place in the United States during the year of 1962. Players will be in control of William Carter who is in charge of capturing alien weaponry and converting it to human use so that the humans will have some hope of defeating the aliens.

I was first introduced to the main hub of the missions where you will be able to walk around and talk to the other agents in your division. The dialogue system is similar to Oblivion where you can select from a list of different choices on what to say. Talking to the other agents on your team is a good way to find out a little bit of backstory as well as provide a bit of time away from the main storyline of the game. Players will be able to take two other field agents with them to fight the aliens during their missions and these field agents each have their own skills and abilities that you can customize and upgrade when they gain experience. 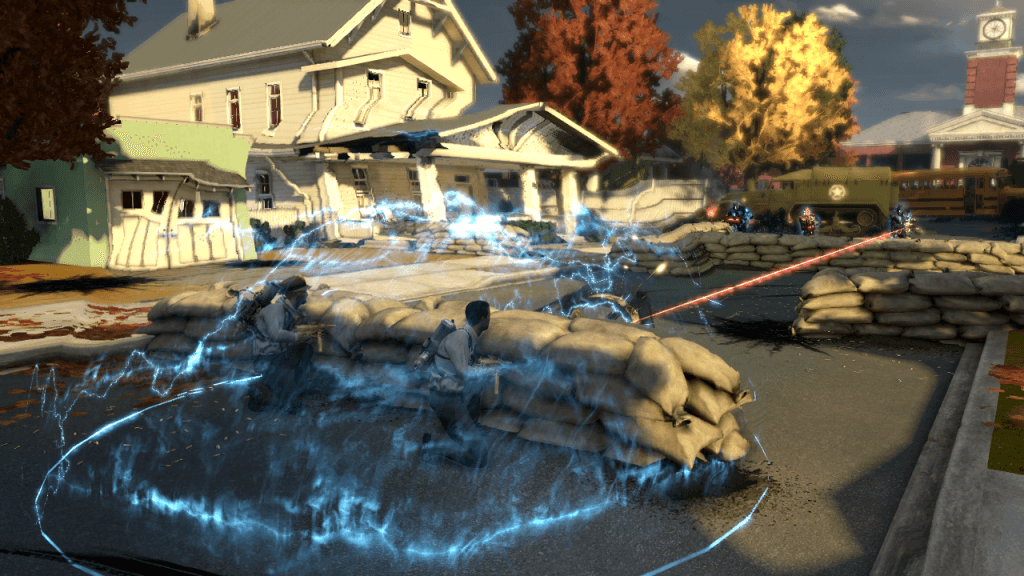 The XCOM division chief is named Angela and she is the person who will usually direct you to what mission is the main storyline mission, but you fortunately have the ability to choose which mission you want to do. You can either continue to do the story advancing missions, or enter a side mission which can improve your rewards down the line or even provide immediate rewards in the form of new technology and stronger agents. These side missions can disappear after going to far in the storyline and not doing some missions will also eliminate side missions in that area somewhere down the line.

The two agents that were taken into the field during the demonstration were Tjan and Drobowieki and they were sent on the mission to retrieve Dr. Allen Weir who is being hunted by the aliens because of his scientific breakthrough with their technology. At first we find the town appearing mostly untouched by the alien destruction, but after the agents discover an empty command post with army soldiers dead inside, we are introduced to the aliens for the first time.

Named the Outsiders they are creatures of living technology that are trying to take over the Earth so that they can turn it into their own homeworld. The combat system for XCOM is squad based and the player can give various commands to his teammates by entering a Tactical View mode which slows time down to a crawl and lets the player tell his fellow agents what he wants them to do. Each command will take a number of “Time Points” away and although these time points slowly recover over time, they are limited so you must make a good choice for your skills or you could lose quickly in a firefight. 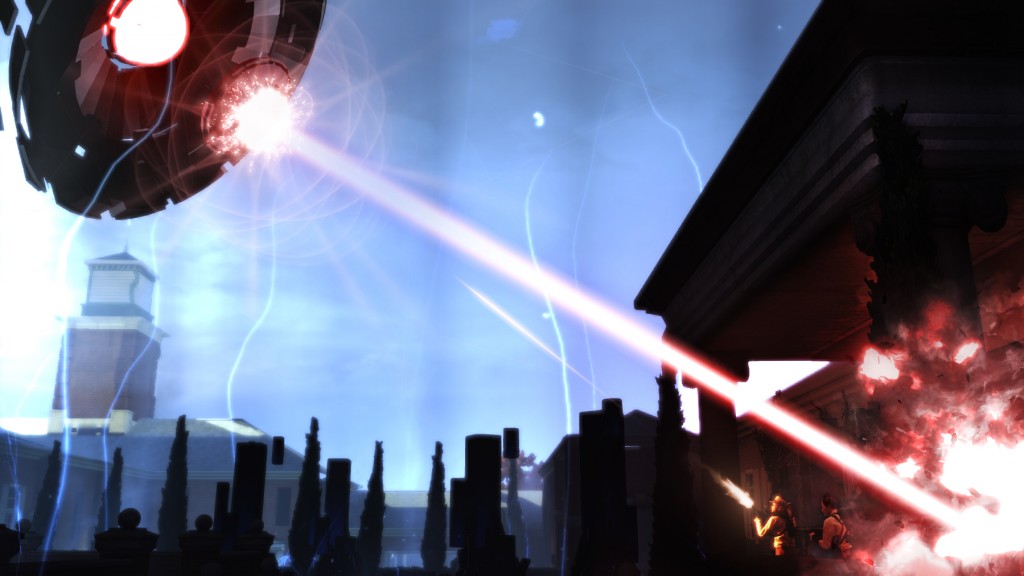 One of these Agent powers will allow the player to capture enemy technology and we were shown the ability capturing an automated enemy turret. Now these pieces of captured technology can be used in two different ways. You can either hold onto them for the level and take them back to base, allowing you to use the technology to advance your research or you can use them for your own benefit by turning them against the Outsiders. Every piece of enemy technology can be captured, including the above Titan. Some technology cannot be captured initially but must be damaged first to lower the amount of Time Points it would cost to capture them.

The mission ended with Dr. Weir being grabbed by a mysterious new Outsiders alien and taken through a portal of sorts. Carter runs after him and manages to make it into the portal, only to find himself in a bluish dark void floating in the middle of nowhere on a piece of the ground where he previously was. XCOM is set to be released early in 2012 for the Xbox 360, PlayStation 3 and PC.