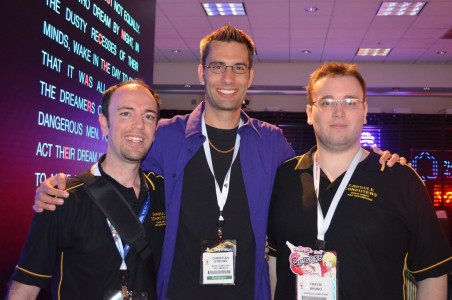 MasterAbbott was able to sit down with lead programmer at Naughty Dog, Christian Gyrling. Christian has had his full focus on Uncharted 3 ever since development began on the title. The video, which you can watch below Mr. Gyrling answers all of MasterAbbott’s questions and more while also showing a bit of multiplayer footage that will arrive alongside the main game.

As he was filming I had my hand at the multiplayer aspect of the title. I was paired with another player in a team of two and was placed against two other teams of two. With six players on the map the size of the level didn’t feel too large, though with the way that you can easily traverse the landscape and climb onto buildings it is easy to see that many players will work on gaining the height advantage early in levels. Catch the full interview below and learn much more about Uncharted 3’s multiplayer mode!