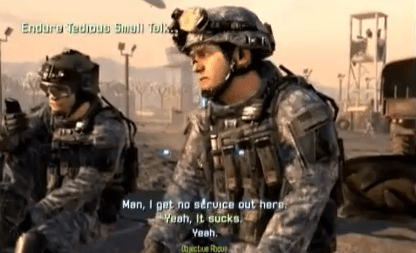 The Onion News Network is a parody show that takes aim at pop culture and tears it down, in the style of a deadpan news report.

In a recent parody of the Call of Duty: Modern Warfare 3 announcement, The Onion News Network did a spoof news report on the games  announcement, apparent realistic war-time experience and even takes a shot at a Wii version of the game.

Modern Warfare 3 is set to be released later this year, so get your pre-orders ready and start planning your 5 minute quick-scope montage videos, COD fans. This one is gonna be huge.

Check out the hilarious parody below.