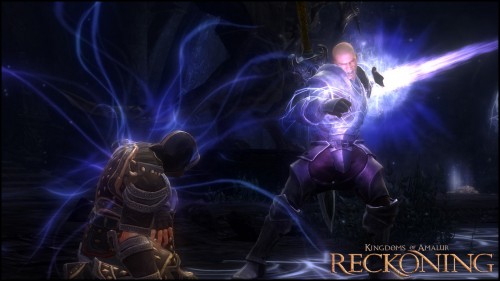 During our tour of EA’s quite large booth at E3 earlier today we were able to gain access to view some of the first gameplay footage ever shown to the media outside of established trailers for the title. We were taken into one of the most impressive rooms I have seen so far at E3 and were shown a fifteen minute gameplay segment that was played by one of the game’s lead developers.

The game will place players in control of a hero that has been revived from the well of souls and it is the first time that such an event had ever occurred in the history of the world. Because of the playable character’s revival, they no longer have a destiny , which not only provides the player with a completely blank slate to create a fighter of their own choosing but unique powers that deal with destiny itself.

Players will be able to completely customize their character from four different races and play as either a male or female character. The customization system looks more in-depth than previous Mass Effect titles and rivals what we have seen in Oblivion with various customization options at the time.

After showing off the customization options we were presented with the combat system. The developers reminded us that the game may play in real time and look like an action game on the surface, but it is anything but. All attacks can be performed with two attack buttons and there are no special button combinations to perform elaborate attacks, instead the game will focus on the players ability to create a well-rounded character and adapt themselves to any situation. 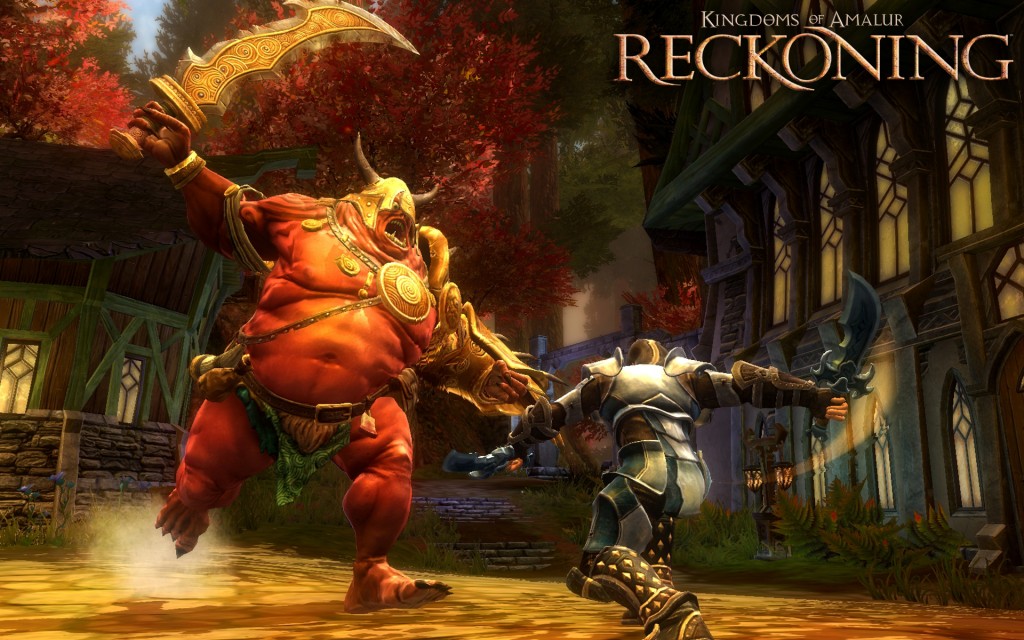 One thing that was a bit discouraging however was the fact that certain enemies can be finished off with a quick time events. This is something that we have seen often in the God of War series of games and considering the fact that 38 Studios and Big Head Games want to step away from the action game stigma, taking players out of the experience in an RPG and having them watch a kill is something that should be fixed up.

The player also has the ability to bend fate to his will. Because he has no destiny of his own he is able to bend the world around him and can slow down time after filling a certain meter by killing enemies. This time slow down also affects the character, but not as much as the monsters, allowing the player to deal heavy damage in a short period of time with little risk to themselves.

The sneaking, pickpocketing and stealth system was shown off slightly, as we saw that a player adept at sneaking can disarm traps and collect the pieces for themselves as well as sneak up on unaware enemies and finish them off quietly. A meter above the enemies head will let the player know how close they are to becoming aware to them, but it doesn’t seem like it will be very difficult to sneak around, as the developer picked a human enemy’s pocket before killing him. The % chance to steal an item without alerting the owner is shown next to every item you can steal, which will certainly be helpful in the long run.

The loot system in Kingdoms of Amalur: Reckoning is going to be something that any RPG fan should love. All enemies, including dead allies, can be looted in the game. There will be five different  pieces of equipment that the player can wear at any time, with some items creating a set and providing additional stat bonuses. 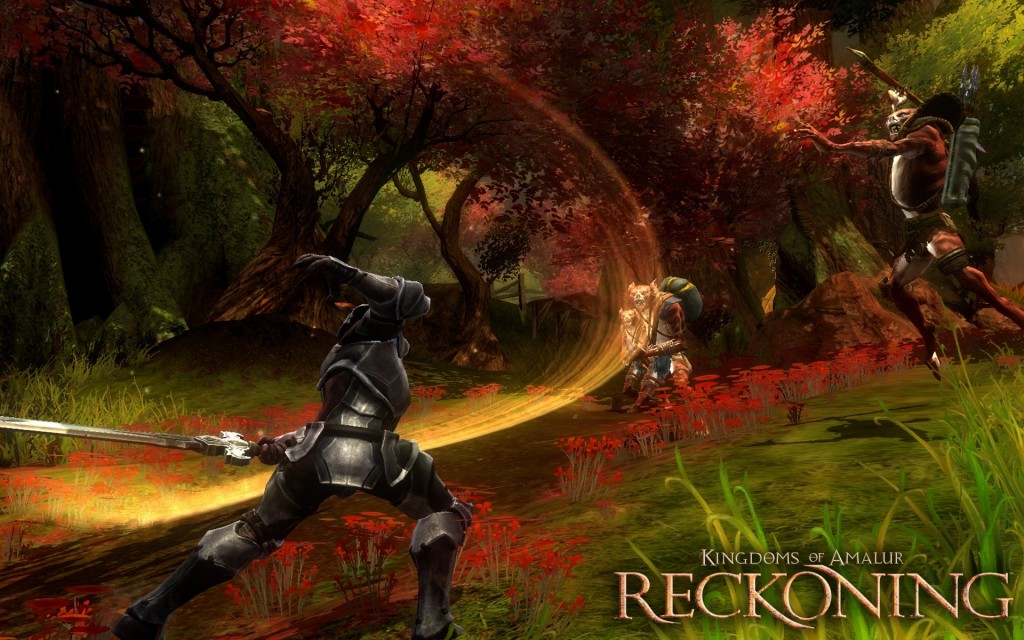 Kingdoms of Amalur: Reckoning is a very surprising title in my opinion. Not much has been shown for the title despite being announced quite some time ago. The game looks to be a mixture of Mass Effect gameplay with Oblivion style character creation and dialogue system. I’d have to say that Kingdoms was the biggest surprise of E3 so far for myself and that I am certainly looking forward to hearing more about the title and playing it when it releases sometime in 2012.