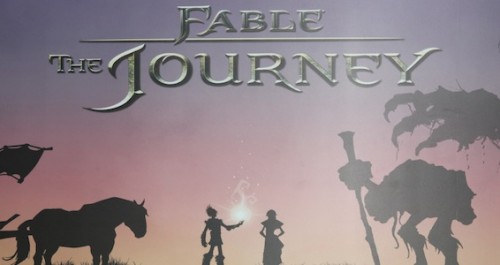 Lets face it, the E3 demo for Fable: The Journey was most likely the weakest showing of the entire Microsoft press conference. Fable fans were appalled, those in attendance fell asleep and Peter Molyneux has been all over the board trying to explain why Fable: The Journey was such a disappointment. First having to counter the fact that Fable: The Journey isn’t actually on rails (despite it totally being on rails in the demo) and now this.

Talking to OXM he explained that the project itself “really only started … Well in earnest it started about seven months ago and we started coding about four months ago. There’s huge faults with this demo. The quality isn’t quite there, and we haven’t had enough time to fulfill all our ambitions. But come Gamescom, our ambition is to give you something to play with because, rough though it is at the moment, it already feels pretty cool.”

Now whether or not this statement is actually true nobody knows besides Molyneux himself and he won’t come out and admit it if it truly was in development for a longer period of time. Either way, if it’s like Molyneux says then hopefully The Journey won’t be a huge disappointment next time it is shown off in public.