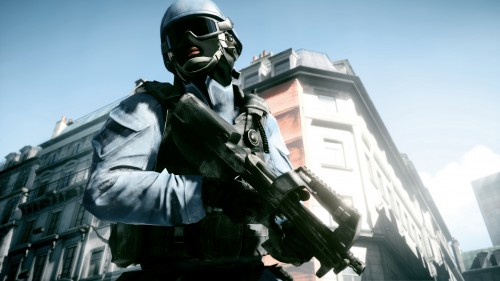 At E3 today we were giving a VIP look into Battlefield 3 by EA. At first we were shown some new changes to the game’s online classes. Such as the fact that the game’s assault class is also the game’s medic class. As Karl-Magnus Troedsso, the CEO of D.I.C.E. said, the people who need medics the most are those fighting on the front lines. Also seeing a new change was the engineer as he has been given flashlight that helps players see in dark areas, and this was all the more prevalent in the demo we played shortly after. The scout class has also been changed, with more skill needed to perform sniper shots with ease, players will now be able to hold their breath to steady their aim and deal death from a distance. No class has seen more change than the support class however.

The support class can do much more than supply ammo. Now with their heavy machine gun they can place down the tripod on their gun which makes the accuracy improve greatly. Also their support can come in more than one way, as their heavy machine gunfire can now cause enemies to be suppressed. This causes the opposing players screen to become blurry and will remain this way as long as they are being fired upon. All classes can perform suppressing fire but support classes excel in this new ability.

After this short speech we were given our hands on demo of Battlefield 3 on the PC. I chose to play as the newly upgraded support class and the rest of the VIP members chose their own classes and we set forth against the opposing team. We were told that we were facing the QA team (quality assurance) and that we had to take down two objectives in four different areas, and once the fourth area was destroyed we would win. 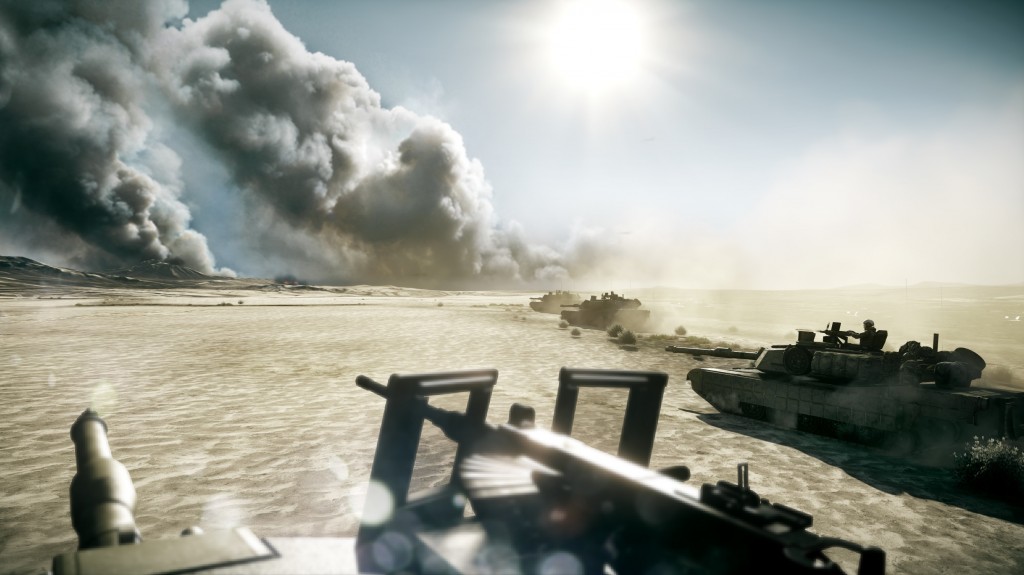 The support class’ updates have definitely created a force to be reckoned with. I was able to mount the gun in a number of positions, either behind cover or on the ground itself and the accuracy of the deadly heavy machine gun tore apart the enemies that were trying to prevent the rest of the team from destroying our objectives.

After we made it past the first area, we entered the subway where we saw that the engineer’s flashlight was something that really wasn’t very necessary as the tunnel was not dark enough to need an extra source of light. I was given experience points for placing suppressing fire on enemies and this experience was called Suppressive Fire Support, which means that it is certainly a viable option to play as a support class most of the time and be able to level up regularly.
The game played rather flawlessly on the PCs that EA had set up for us, though one time when I was entering a building in the final area, the game began to lag badly, though I was assured that this was a problem with the PC that I was playing on and not the game itself. After we managed to destroy the final objective we were given a congratulatory applause from Mr Troedsso and we were finished with our experience with Battlefield 3. Battlefield 3 will be released sometime in Fall of this year for the PC, Xbox 360 and PlayStation 3.