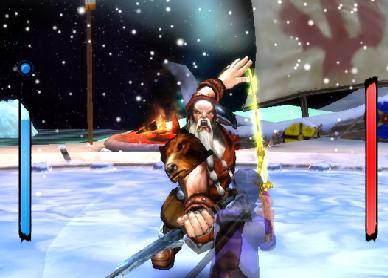 The WiiMote and Motion Plus worked wonders for adding precise control to many new titles last year. With the release of Wii Sports Resort last year that included the popular Fencing mini-game, I am always looking for similar fun titles that can compare to the experience. Majesco Entertainment will be releasing a new swordplay game with the simple yet fitting name of “Swords”.

In Swords, players will travel with their hero to the past, present and future, battling some of the top masters of the blade using the WiiMote with Motion Plus.

Here is a bit of information Majesco has released regarding the features to be included:

Swords is shaping up to be a solid experience for the Wii and I do feel that the system could use more swordplay titles in general putting the controller to full use. Each character seems to have a personality as well which is also a huge plus as with a rather generic name, this game seems to be filled with character. Swords releases on September 14th of this year. Check out the trailer below.