We all know that Pokémon Black and White are in the works, but to keep it fresh, the Pokémon company and Nintendo have to add in new features every year to expand on the series, and come on leaps and bounds from the last iteration. Here’s a look at some of the new features you can expect to see come release: 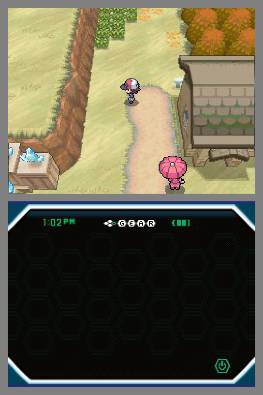 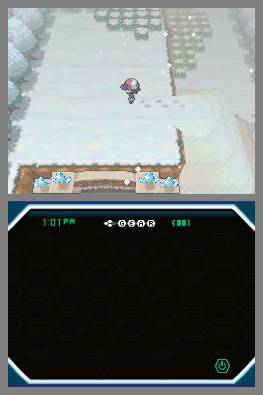 Seasons– One of the big new features is the integration of seasons. The seasonal variation will not only be reflected visually (above), but it will also affect the Pokémon that are available. You’ll find that some Pokémon will only appear in certain seasons.

New Battle Modes– There are a number of new battle types in Black and White. As well as Double Battles, which made their debut in Pokémon Ruby and Saphire, there is now Triple Battles. These will of course allow you to battle with 3 Pokémon at a time in heated 3v3 battle. This will whole new level of strategy battling, as will the other new Battle mode: Rotation Battles.

In Rotation Battles you will also send out three Pokémon, although you will only be fighting with one of them. This is where the rotation aspect comes in. When selecting your command, you can rotate between your Pokémon. However, your opponent can do the same, meaning you will have to keep your wits about you and try to read ahead, and counter accordingly. Pokémon Musical–  Much like the other Pokémon games which had your Pokémon competing in Pokémon Contests, Black and White have Pokémon Musicals, which will have you dress up your Pokémon and pit them versus others in direct competition. Only this time, they are taking to the stage and are competing for the spotlight. If your Pokémon performs well, the Spotlight will be shone in it’s direction, and it could even be rewarded with presents from fans of the musical.

The game will also include a wireless competitive Pokémon Musical mode.

Pokémon Global Link website and Dream World– The Pokémon Global Link website will launch to coincide with the release of the games boasts a number of innovative due to it’s link with Nintendo Wi-fi on the DS. Players will be able to view nationwide rankings and play information, send emails to other players on their friend roster, and download music from musical mode and skins from the Pokédex and C Gear.

The other aspect of the website is Dream World. Once you have set your Pokémon to sleep and transferred them to Dream World, you can interact with them in a whole host of new ways, producing fruit and gathering items. These can then be traded with others or carried back to your game cart.

What new features are you most excited about?