January 5, 2010 — Com2uS, a leading game developing company for the iPhone App Store, has announced the release of Homerun Battle 3D onto the Android Market. The game was released on the Android Market late December 2009 as one of the newest assets to Google’s smart phone content store. For any of you who have yet to try Homerun Battle 3D, it is a visually stunning homerun derby game where players try to hit as many home runs as possible. The game contains four unique modes: Classic, Arcade, Training, and Matchup mode. In Matchup mode, players can challenge their friends and rivals to head-to-head online battle via Wi-Fi or 3G. Intuitively simple tilt and touch controls allow the player to adjust the direction of the contact point and swing the bat, respectively. Although it may seem like a sports heavy game, it has been designed for casual gamers of all ages and genders.

One of the most interesting features that Homerun Battle 3D has done, which no other Android game has done, is that it is able to link players from different devices. A player running the game off the iPhone can challenge a player who has the game on an Android device. With close to 400,000 registered users on Com2uS’ server, there is more than enough competition for new Android players. This new feature removes the restriction of the user’s device and broadens the user’s online enjoyment.

Com2uS has seen great success for Homerun Battle 3D on the iPhone/iPod Touch. With months of popularity on the Top Grossing Apps, Homerun Battle 3D has been honored as one of the best iPhone sports games of 2009 by IGN.com and Toucharcade.com. The game has been seen in Apple’s iPod Touch commercials around the world and is now receiving large amounts of interest from Google, who have planned to promote the game in its Featured section.

Let us know what you think about the ability of being able to play against owners cross platform with no restrictions.  I think its a great move by Com2us.  Leave a comment 🙂 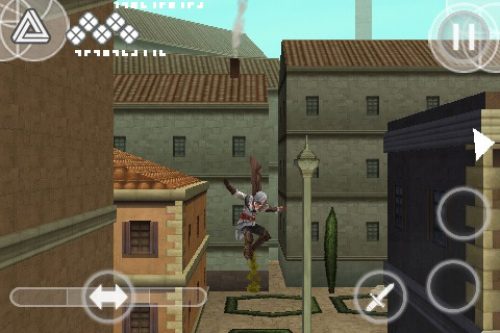