Inotia 2: A Wanderer of Luone will offer a Ranger class with new updated features 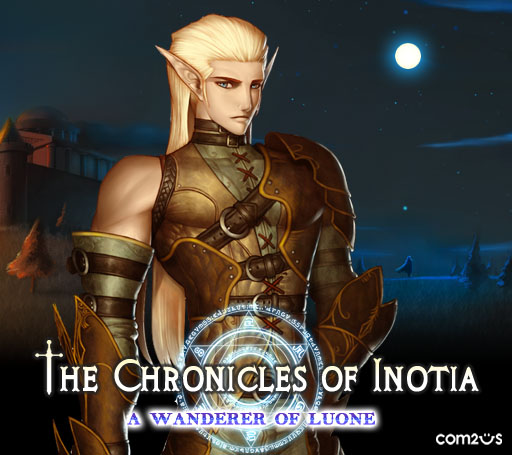 With Com2uS releasing the most fully-featured RPG on the iPhone, the gaming giant is once again raising the bar by adding updates with brand new content. Com2uS’ previous success with Homerun Battle 3D has shown the power of what updates can do. With over 10 updates Homerun Battle 3D has been able to transform the game into something that truly gives the users “what they want”. Com2uS has maintained a successful business strategy of absorbing user input and implementing the most interesting ideas into the updates. This has allowed Homerun Battle 3D to stay in the top charts months after its release.

Com2uS’ most recent game, Inotia 2, delivers an extraordinarily immerse role-playing game with features that have taken the best of all existing RPGs and perfected them. Inotia 2 contains loads of content with over 200 quests, a party system that allows you to control 3 characters simultaneously, a look system that gives you a unique look to your character with each equipped gear, and 5 classes to choose from. The game has also done something that has never been seen before in the iPhone RPG world which is an online matchup mode. The matchup mode allows users to battle against ghost characters which determines your rank on the online ranking system.

The main features that make Inotia 2 better than the rest of the RPGs on the iPhone are the multiple classes combined with the party system. With a simple click of an icon, a user can switch from an axe-wielding knight to a powerful mage. This allows different players with the exact same game to have a completely different experience than each other. To expand on the 5 classes: knight, magician, priest, thief, and templar, Com2uS has announced that they are now developing a sixth class, a new Ranger class.

The Ranger class has the ability to attack from the distance like a magician while dealing large amounts of damage like a thief. New designs for customized ranger equipment and weapons are also in the works. With the new Ranger class totaling 6 different class types and 3 members per party, a user will have 20 unique party combinations to choose from.

Along with the new Ranger class, Inotia 2 will be offering a variety of new items using Apple’s In-App Purchase system. From larger backpacks to stronger mercenaries, these special items will be available for users who want a little extra boost to their character. The new items and new Ranger update is expected to release early February 2010.

Inotia 2: A Wanderer of Luone is available on the AppStore, click on the BUY NOW to get your copy

The Ranger looks good.  Let us know what you think of it.

Pangea’s titles for the iOS devices are on sale!