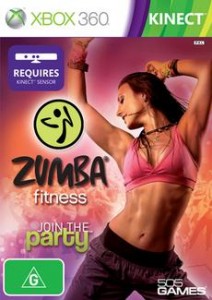 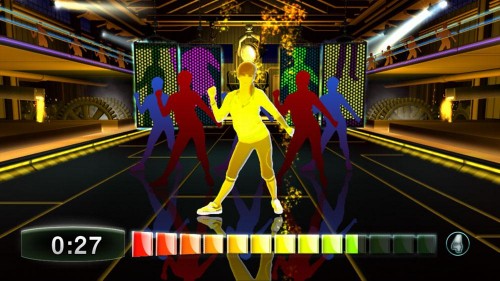 Zumba is a fitness craze that has swept the globe with its combination of aerobic body pump-style exercises and dance, all done to an invigorating range of musical genres. Chances are, if you’ve been caught up and about in the early hours of the morning and switched on the TV, it’s likely that you’ve encountered Zumba while flicking through channels in your search of something, anything, to watch. You see, the television listings are very barren at these outrageous times, so in your desperation you may have had a run-in with Zumba on one of the various info-mercials on “Teleshopping”

However, this is by no means the most common way of gaining an awareness of Zumba’s existence. While some people’s introduction to Zumba is through the advertising of the get-fit DVD, with figures like 10 million people taking Zumba classes every week in 90,000 different locations spread over 110 countries, it’s clear to see Zumba is a force to be reckoned with. Some of you may have even taken a class, or statistically, could in fact be a Zumba enthusiast. And it is through Zumba lending its likenesses to this game that really gives the game a whole other lease of life. 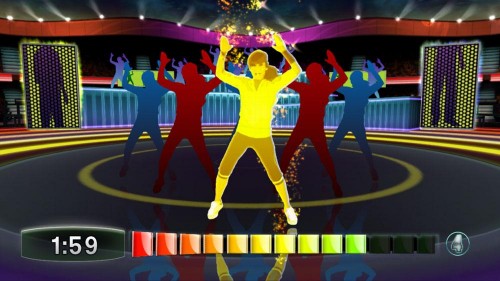 Everything considered, Zumba actually makes a fairly smooth transition onto the Xbox 360. The unique musical styles that define Zumba have been carried over very much intact, and the colossal set list and the variation it possesses is quite astounding. Even the menu music has an irresistible rhythm which (though you will receive no recognition for doing so) you will soon find yourself jiggling along to.

The dance moves have been reflected in Zumba Fitness, and by following the on-screen instructor you can give a number of different muscle groups a fulfilling workout. To further boost appeal among Zumba lovers, the instructors who guide you through are familiar faces from real life Zumba classes, such as founder Beto, or some other well known Zumba leaders, Gina and Tanya. All the instructors dance with you and it is their movements that you copy, and occasionally the also shout encouragement which rather overshadows the music for those few seconds, but no doubt some will find it helpful nonetheless. Although Zumba has Latin origins, it draws influences from a varied mix of sources, combining dance and song styles to create a new sound, and new routines. 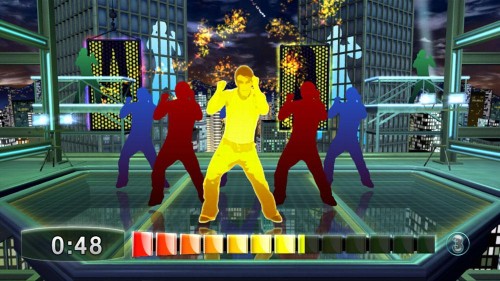 In a bid to accommodate players of all ages, energy-levels, and skill-levels, Zumba Fitness presents you with an ‘Edit Player’ option which allows you to input a couple of details about yourself such as age, and the game subtly modifies the experience to match. The degree of challenge is also further diversified with routines of differing difficulty and given ratings like ‘Intermediate’ or ‘Expert’, corresponding to their level of challenge.

But before you jump into full routines or some of the other modes on offer like ‘Zumba Party’, ‘Zumba Class’ or even begin your journey in the ‘Workout Calendar’ (all of which are fairly self-explanatory), you are encouraged to engage in the tutorials. These will give you a grounding in Zumba; showing you the dance moves clearly by breaking them down into easier-to-digest blocks; and providing you with the skills you need to excel in the routines themselves.

Well, at least this would be the case if the moves you did in each routine mattered, but the fact of the matter is, they don’t. Although it was one of the only problems encountered with Zumba Fitness, it’s a major one. Unfortunately, the move tracking is awful and while you do get recognition for doing it properly, you can achieve similar words of praise from the instructors simply by waving your limbs around like a man with Bumble Bees in his trousers. The detection just feels a little bit two-dimensional and isn’t up to the high standards set by some of the better dance games released on Kinect. 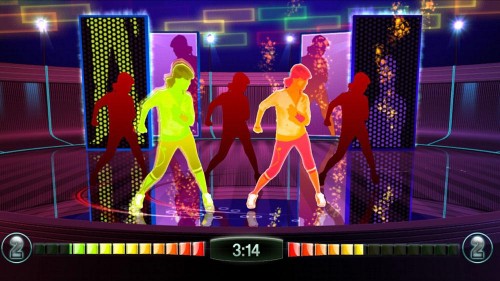 Another quite frankly absurd frustration held with this title was the near inability to play this game without a connection to Xbox Live. Strangely, playing the game without it being connected to Xbox Live severely limits what you are able to do. Without a working ethernet cable plugged in, you can merely play as ‘Guest’ and are restricted to ‘Single Routine’ or local multiplayer with up to 4 players. Perhaps it is an attempt by the developers to get people online but, more than anything else, it’s just impractical. A lot of people have to move their console to a more spacious room to play Kinect, where they may not necessarily have access to an online ethernet cable. Others may not have even signed up to the Xbox Live service. It is for these groups of people that this odd feature bears a heavy impact. That said, this Xbox Live inconvenience isn’t all in vain, because there is in fact some Xbox Live features. You can do short routines or extended classes with a friend over Xbox Live if it’s any consolation.

For an authentic Zumba experience in your living room, Zumba Fitness on Kinect is the best you’re going to get. It features new and existing routines, the unique musical hybrid formed through its exotic combination of differing music genres, and on-screen guidance and vocal cues from Zumba favourites like creator, Beto. There’s an impressive amount of variation throughout, it is just a shame the game is let down by poor movement tracking and a weird hiccup meaning it is awkward to play without an internet connection linked up. Still, if you can set aside these setbacks, and possibly turn a blind-eye to the disappointing detection by ignoring scores and playing it for the workout, then you’ve got a decent-sounding, visually-stimulating fitness game on your hands. It may not be outstanding but there’s something for everyone and it will appeal to fans of Zumba – plus, it’s certainly more involving than the aforementioned Zumba workout DVD advertised on “Teleshopping”.