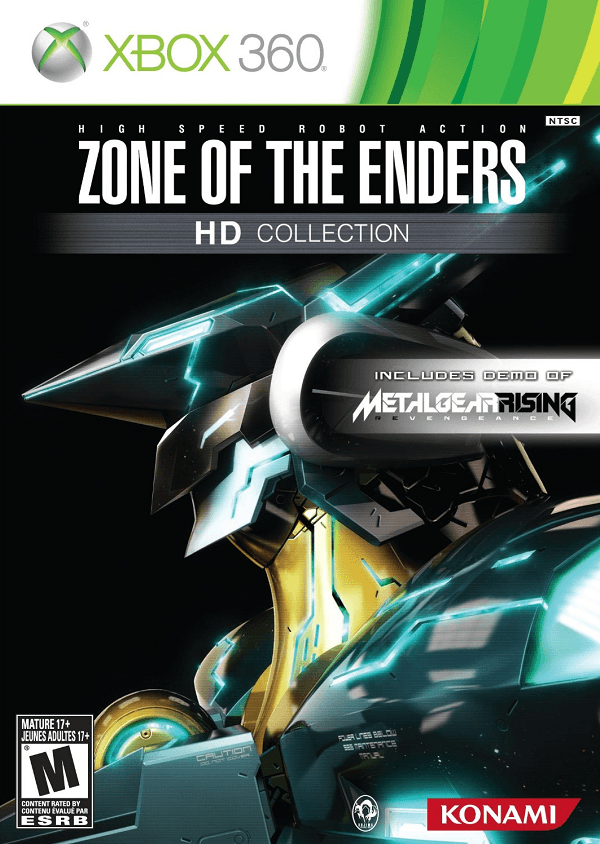 Overview:
The PlayStation 2’s library of games was not only vast but also packed full of quality titles, many of which fans continue to play to this day. One such set of titles was the Zone of the Enders series. The first game in the franchise hit stores around the world over eleven years ago in 2001 and a follow up game in the form of The 2nd Runner arrived in 2003. Now that a third game in the series has been mentioned by series creator Hideo Kojima, Konami has chosen to remaster  both Zone of the Enders and The 2nd Runner and release an HD collection containing both games. Is it worth revisiting these two classic titles now that they have a new coat of paint? Let’s find out.

Story:
The original Zone of the Enders takes place in a futuristic world where humans have entered space and live on colonies orbiting planets. A young boy named Leo Stenbuck happens to live on one of these colonies, but when it is suddenly attacked by a strange force consisting of Orbital Frames, which are basically giant robots, he must run for his life as everyone he knows is about to die. Leo manages to stumble upon a unique Orbital Frame called Jehuty. With the help of an onboard AI Leo must do what he can to fight off these mysterious attackers and try to save those close to him. 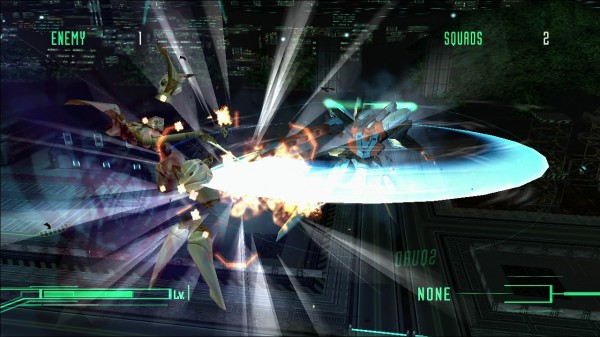 As for Zone of the Enders: The 2nd Runner, the story takes place after the events of the first game where a new protagonist named Dingo has found Jehuty hidden away on a planet. However when the same force that attacked Leo’s colony appears to try and capture the Jehuty orbital frame, Dingo must try and survive against an even stronger set of enemies than before.

It is worth noting that both Zone of the Enders titles are rather short, especially with the first title only lasting roughly five hours. That being said, both of these titles actually feature some rather strong story telling with a nice set of characters, although many may be annoyed at the protagonist for the first title as he bears a number of personality quirks that align himself with a certain anime pilot named Shinji. 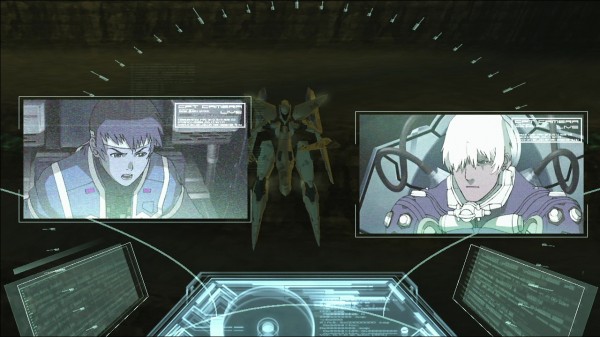 The stories are also a lot stronger now than they ever were before, because gamers can now experience The 2nd Runner’s storyline immediately after Zone of the Enders.  This means that players should be able to instantly recognize a number of plot points and characters that carry over between both titles as the story is told throughout the collection.

Visuals:
Whenever an HD collection is created, the biggest focal point a gamer would be looking for is just how the graphics of a game have improved. Thankfully all Zone of the Enders fans can rest at ease, because Konami has done an excellent job making the graphics of the game look more modern day. In fact, most of the enemy crafts you fight against look like something created only a few short years ago while the main Orbital Frames are even more impressive.

Now it is worth noting that the original Zone of the Enders still doesn’t look the greatest and this is especially evident with the cutscenes in the first game. They have been cleaned up a bit, but with their 3D character models they still are rather subpar. However The 2nd Runner has seen a massive improvement in visuals, not only in gameplay but also in the cutscenes themselves. 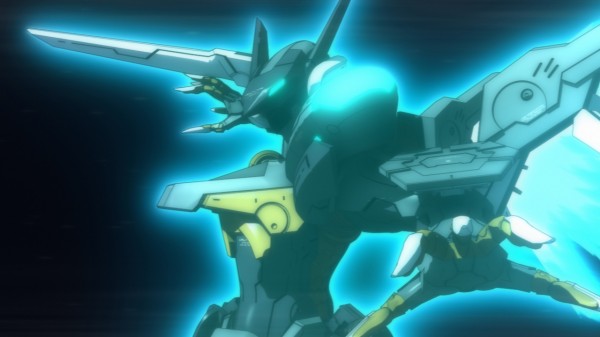 You see, the various anime cutscenes in 2nd Runner have been remade courtesy of Sunrise Studios, a relatively famous animation studio from Japan. Sunrise has brought new life to these cutscenes and they are just gorgeous. It is also worth noting that a brand new opening sequence was created by Sunrise and this opening is stunning in more ways than one, with such an impressive level of quality that gamers shouldn’t simply skip past it to play the game.

Audio:
Zone of the Enders HD Collection contains only the original English dub which means that there are a number of sequences which still have the same overacting voice actors from the original release. If you can forgive the rather poor dubbing, the voice work has held up at least in age, but not in quality. Unlike the voice work, Zone of the Enders’ background music is still absolutely wonderful. There is a nice set of background music spread across both games included in this HD Collection and they sound great when you are fighting through a number of enemies.

Gameplay:
Both Zone of the Enders titles play very similar to one another and these fighting mechanics still seem as fun as they were over a decade ago. Players fly Jehuty through a free-roaming stage where they will encounter a number of enemy squads that have to be defeated to either continue on or to obtain a special password. 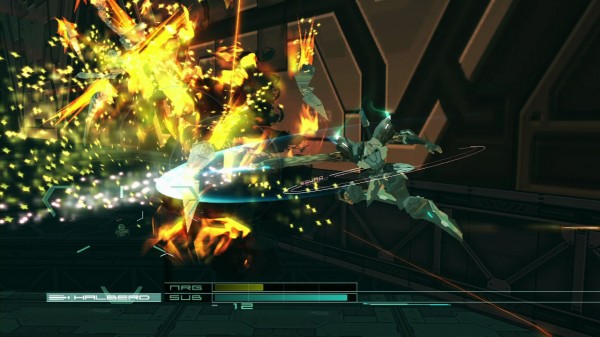 These enemies can be defeated either in close range with attacks that use Jehuty’s blade or at a distance with blaster attacks and special weaponry acquired from defeated enemies. Jehuty can even perform various dash attacks and charging attacks as well, giving players a number of options for taking out enemies. All of this creates some fast paced hack and slash action between a number of robots as they fly through the sky.

As mentioned before, this combat is still wonderful and this is all the more apparent in The 2nd Runner which improves upon every aspect of the original game’s fighting system with more fluid combat that allows for some precise controls and dodging of enemy attacks. 2nd Runner also sees a number of additions to the combat system such as throwing environmental objects as weapons, better lock on capabilities and an expanded set of melee attacks

It is worth noting that the first Zone of the Enders title does play a bit rigid with players following a mostly straight path involving flying around a colony, defeating x amount of enemies and flying to another part of the colony. It also doesn’t help that most of the areas you fight in in the first game are rather basic, with repeating objectives and repetitive enemies. 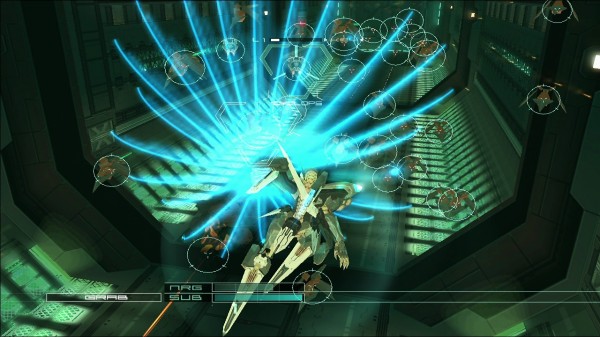 Again, this is all improved in The 2nd Runner which features a variety of areas to fight in and better story integration with mission objectives more varied than in the first game. This means that while the original Zone of the Enders is fine in its own right, it plays more as a simple introduction to the enhanced gameplay mechanics and superior experience found within 2nd Runner.

Overall:
Konami has taken a series of games that were considered classics back in the PlayStation 2 era and done what some may have thought impossible. They have made them better than ever before. While the more recent The 2nd Runner sees the biggest improvements in visuals over the first Zone of the Enders game, Konami has breathed new life into both of these games with crisp visuals and by doing so they have brought some of the most intense aerial combat you will find in a mech game. Zone of the Enders HD Collection is a must have for a fan of the series and any newcomers would be doing themselves a disservice to pass this release up.