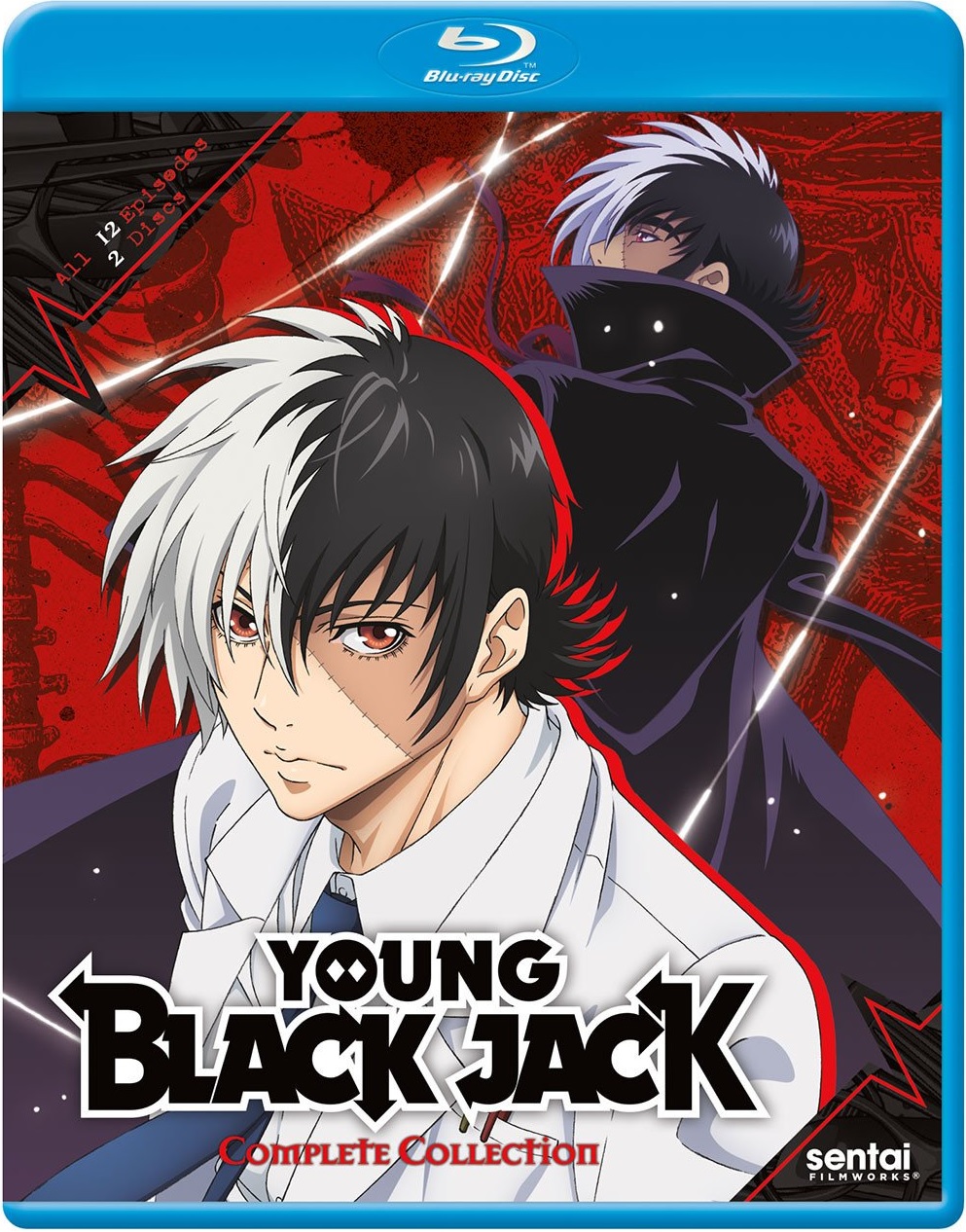 Osamu Tezuka is widely considered one of the founders of the manga industry as he created numerous classic series that have been revisited numerous times. This includes incredibly popular series such as Astro Boy and Black Jack, with the latter receiving a prequel series in recent years. With the character and series Black Jack being familiar for many fans in the industry, we knew little about the characters early days before becoming the underground surgeon and that what Young Black Jack is meant to cover. So now that the series has been released in the West, is it worth picking up?

Long before Kuroo Hazama took on the name of Black Jack he was once a medical student during one of the most disruptive times in history. Set during 1968 and the following years, the Vietnam war is in full swing and while people have begun protesting for change around the world, Japan is just getting started with its own people protesting and seeking better conditions. As such the majority of the students that he would be working with have begun rebelling against the standard practices held by the old guard in the hospital but unlike them, Hazama would rather study and refine his skills as a surgeon. 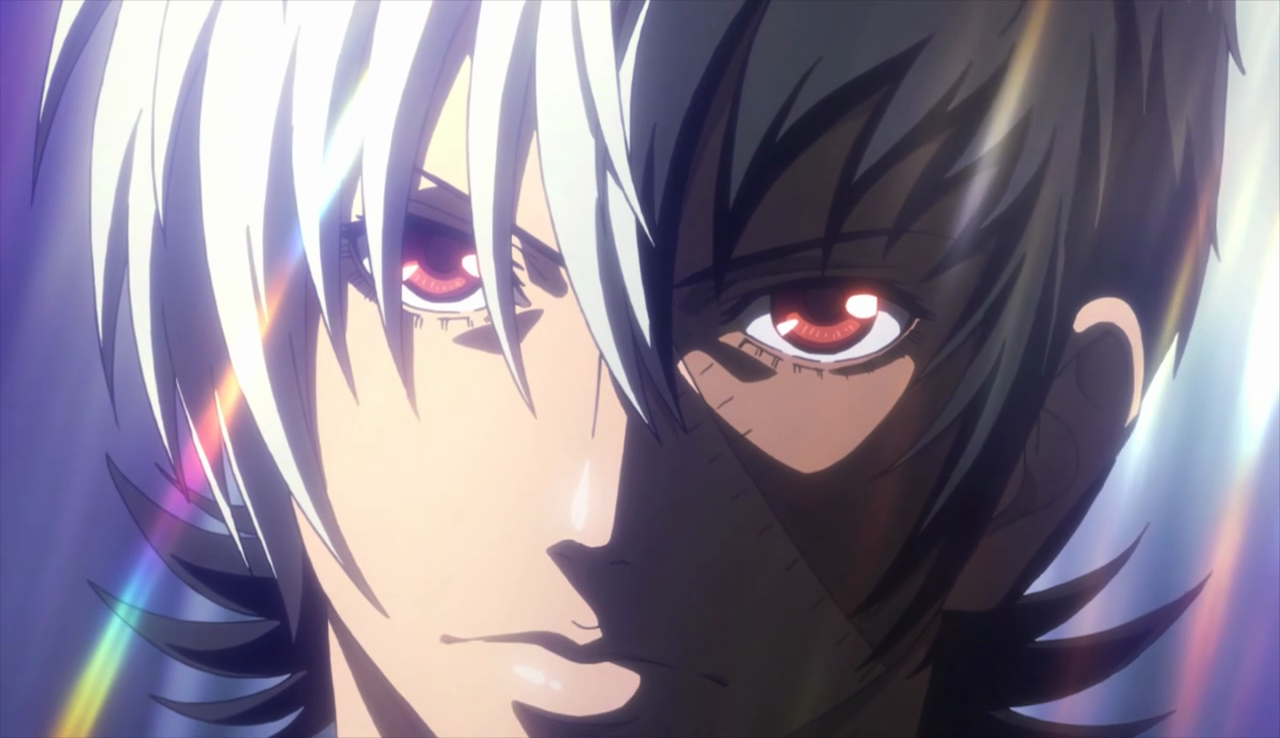 While this does little to earn him many friends, his first real case comes at him fast and immediately exposes the risks of falling back on old ways. After a terrible train crash leaves many patients injured, a young boy with severed limbs is immediately discarded by an older doctor who prescribes amputation as the only method. Knowing that there is a better way, Hazama steps beyond his position as a student to take on the patient and reattach his limbs. Despite his eventual success, he is shocked by the poor nature of almost everyone around him thanks to his superior writing the child off as someone who could barely be saved and the fact that the parents of the child eventually resort to blackmail to pass off the majority of the surgery fees.

This isn’t the only time that the dark nature of the medical world or the scummy side of humanity is exposed in Young Black Jack but one would have had to ask for some better pacing in this series. Throughout this twelve episode season viewers are treated to a series that takes a bit to establish itself by dipping its toes into the societal ills in the world as well as the problems directly affecting Hazama before diving into multiple three episode long mini-arcs that use history as a backdrop. 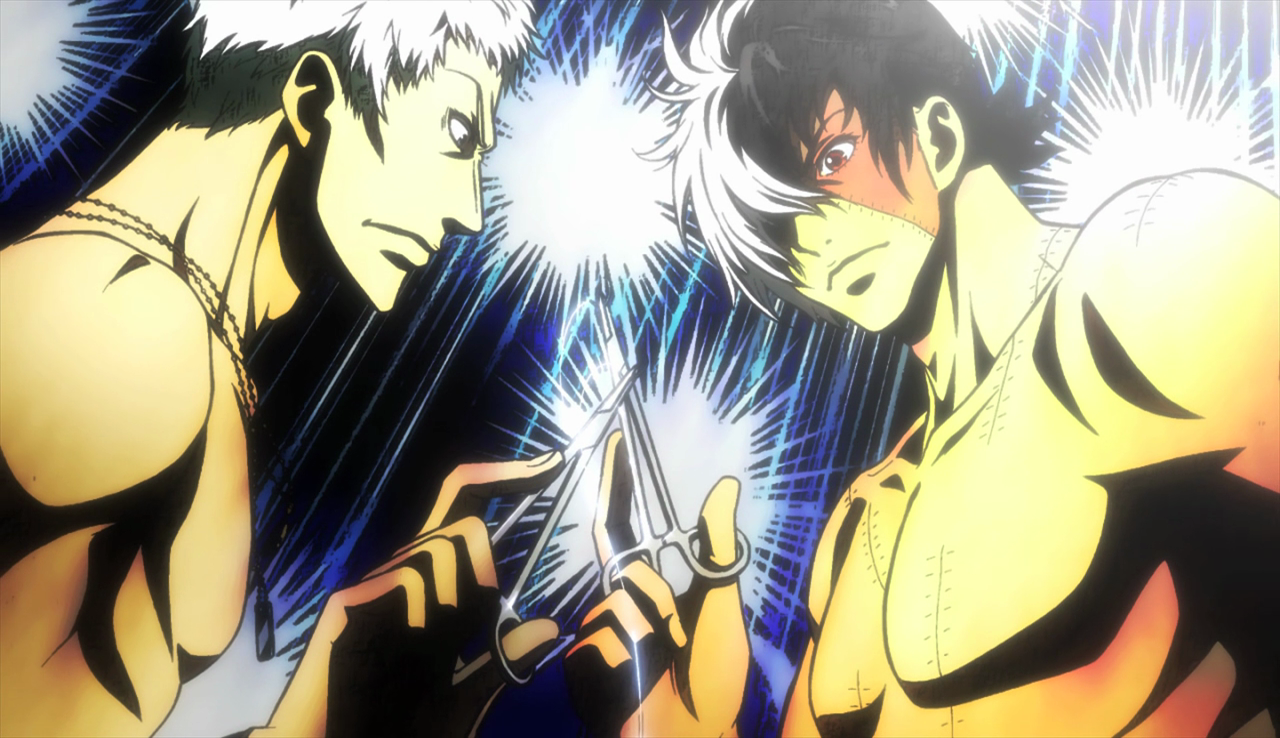 This includes follow Hazama as he travels to Vietnam only to be captured and have to deal with the issues of both being a prisoner of war as well as soldiers who are struggling to not only survive the war, but determine just what is right and wrong. A brief trip to Chicago where racial divide continues to play a major role in society after the death of Martin Luther King Jr. that not only touches upon those issues but also the dark side of science and humanity, before bringing itself to another three episode arc only to end on a rather bland note in yet another one-off episode that does little to really establish Hazama as Black Jack other than simply saying that he would eventually go on to take a different path than most doctors.

By utilizing historic backdrops we see a number of unique storylines that throw Hazama into the middle of a social and political divide where he witnesses the horrors that humanity can inflict on one another both through prejudice and the corrupt side of medicine. While these set-ups work well in context, the actual execution for most of these events is flawed primarily due to the complete lackadaisical effect that most events play out for Hazama. 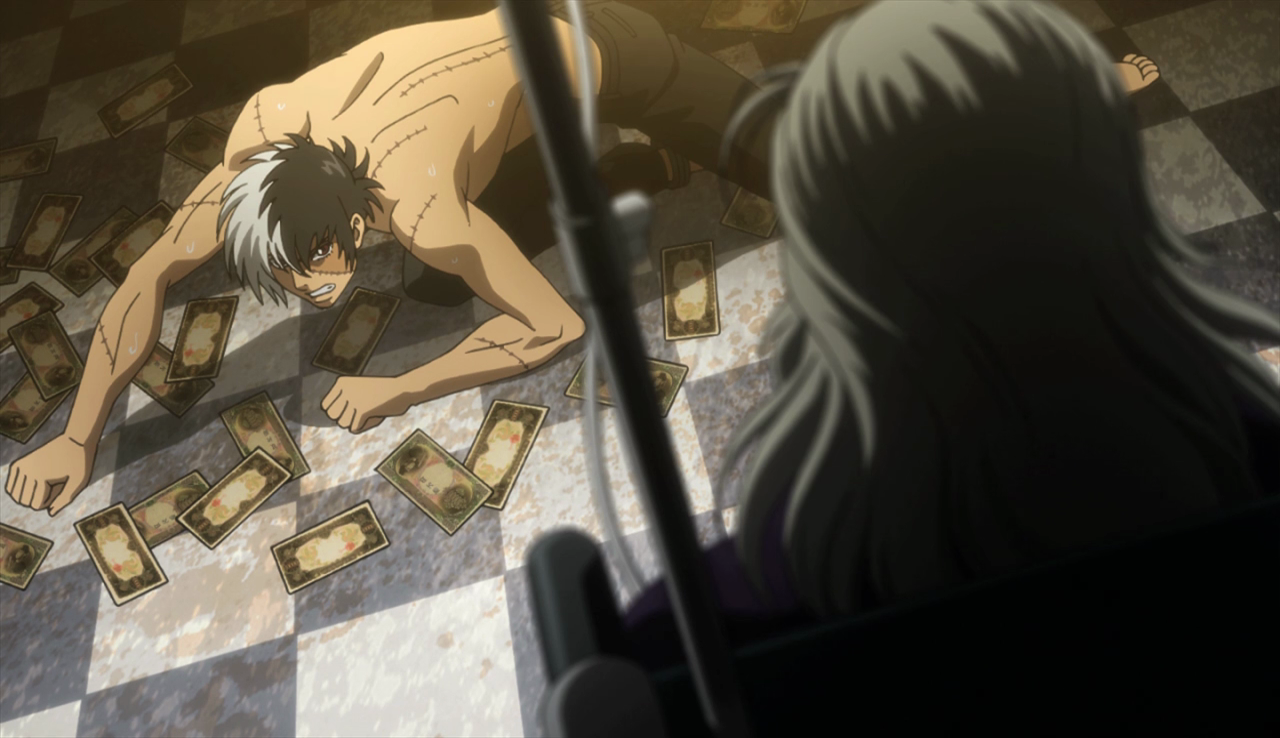 Rarely are we given a look beneath his calm exterior to see that things are actually deeply affecting his outlook on the course of medicine. In fact on more than a few occasions he reacts completely emotionless, something that doesn’t really pan out when compared to the Black Jack that fans eventually know him to be. This combined with the lackluster finish for this anime season, leads to a bit of a divide between what fans of the classic series expect and how things are left off.

Although adapted from a 2011 manga series, the series took clear inspiration from the designs of characters from Tezuka’s works. This means that many character designs have the same clear distinct appearances that one would expect of Tezuka’s classic works. This means that many key characters are rather nicely designed and feature great expressions, though Hazama does feel a bit too stilted at times with his almost complete lack of interest in most events that occur around him. 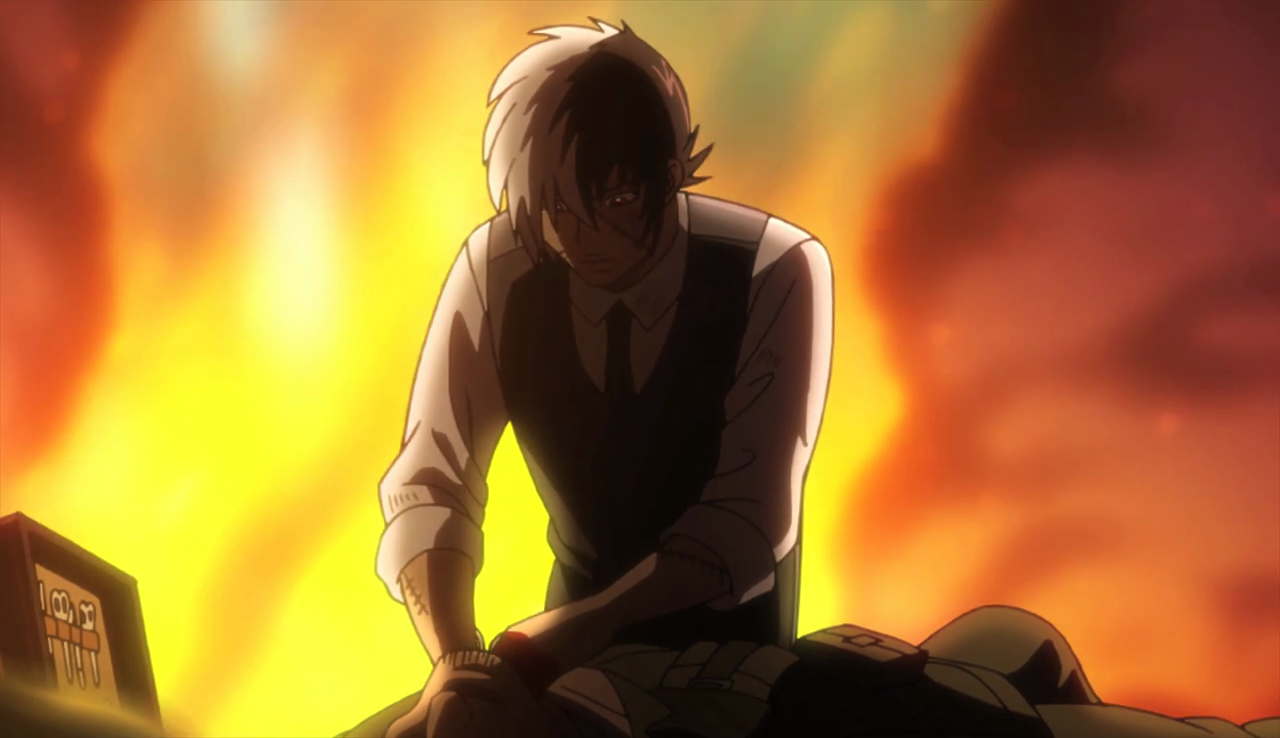 It is also worth noting that despite being a series that features a large number of surgeries and scenes that take place during the Vietnam war, there is very little blood or gore involved and while surgery is shown quite often, viewers are presented with a side-view of the action or simple highlights of Hazama’s sewing and surgery techniques against a simple background, making for an appealing but overly simplistic artistic choice.

This release of Young Black Jack only offers the original Japanese voice track accompanied by English subtitles. For the most part this works well enough though considering the number of American characters that appear and certain scenes, it is rather surprising that an English dub wasn’t provided. That being said the Japanese voice cast works well enough though viewers will need to keep up with the subtitles during operating scenes if they aren’t familiar with medical series. 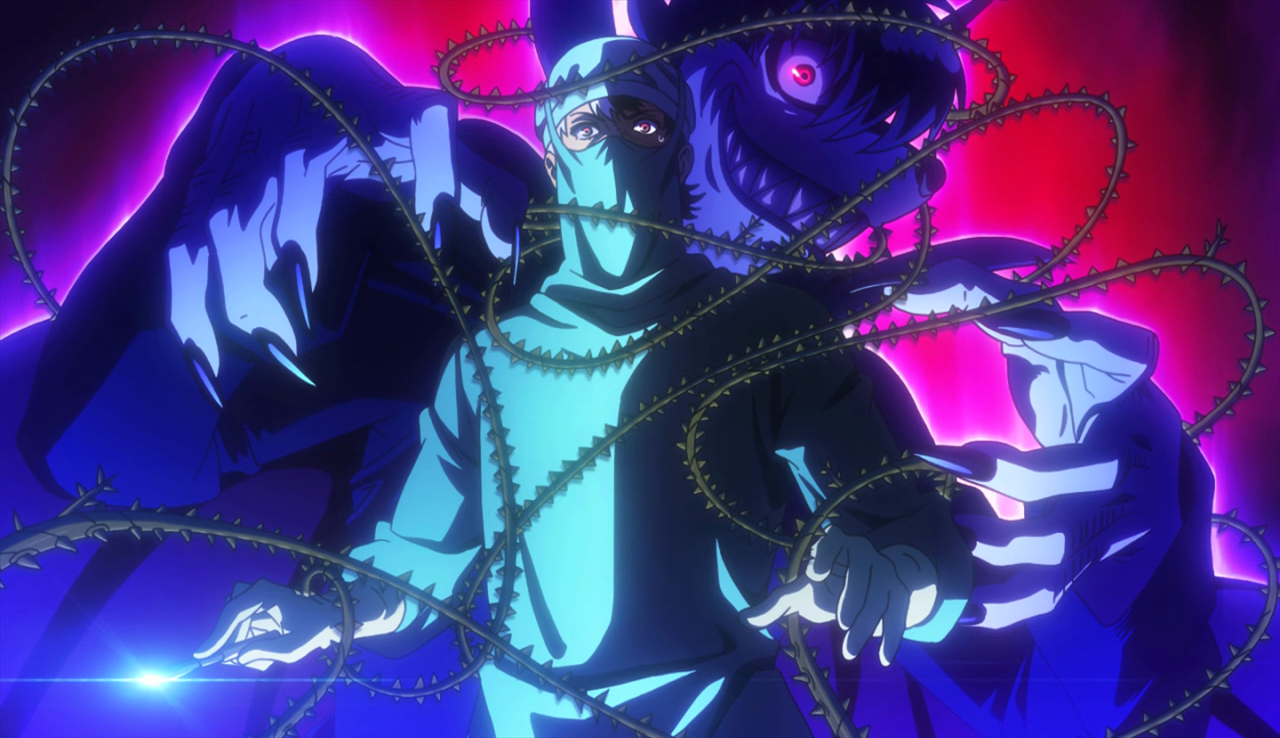 The soundtrack for the series is fairly standard fair for a series such as this with a mix of dramatic and heavier tunes used during operations and darker scenes. As for the opening theme for the series, it is titled “I am Just Feeling Alive” by Umi Kuun and is rather upbeat and catchy to listen to, albeit not exactly the type of song that one would expect from the series. The ending theme is “All Categorize” by Takuto and is more toned down to the point of being too simplistic in nature.

The only real bonus content included in this release come in the form of clean versions of the opening and ending themes as well as some trailers for other Sentai Filmworks releases.

For the most part the series works well enough as a medical drama that tells a number of stories featuring surgeries of many kinds in numerous environments but those expecting to see Hazama’s reactions to these events will be rather disappointed. Young Black Jack sets itself up as a prequel to an extremely familiar character for fans of Osamu Tezuka’s works and while it does a great job using historical backdrops and conflicts to place the lead character in areas that would work well to mold him into the doctor fans know he becomes, his lack of reaction and often missing tension during most story arcs will leave fans of the series unsatisfied.

Although Young Black Jack works fairly well as a medical drama that explores numerous societal ills during the late ‘60s and delves into historical events from different perspectives, its established base as a prequel will leave fans expecting to see Hazama molded into the doctor we know he becomes will feel unsatisfied by the time the last episode wraps up.
6