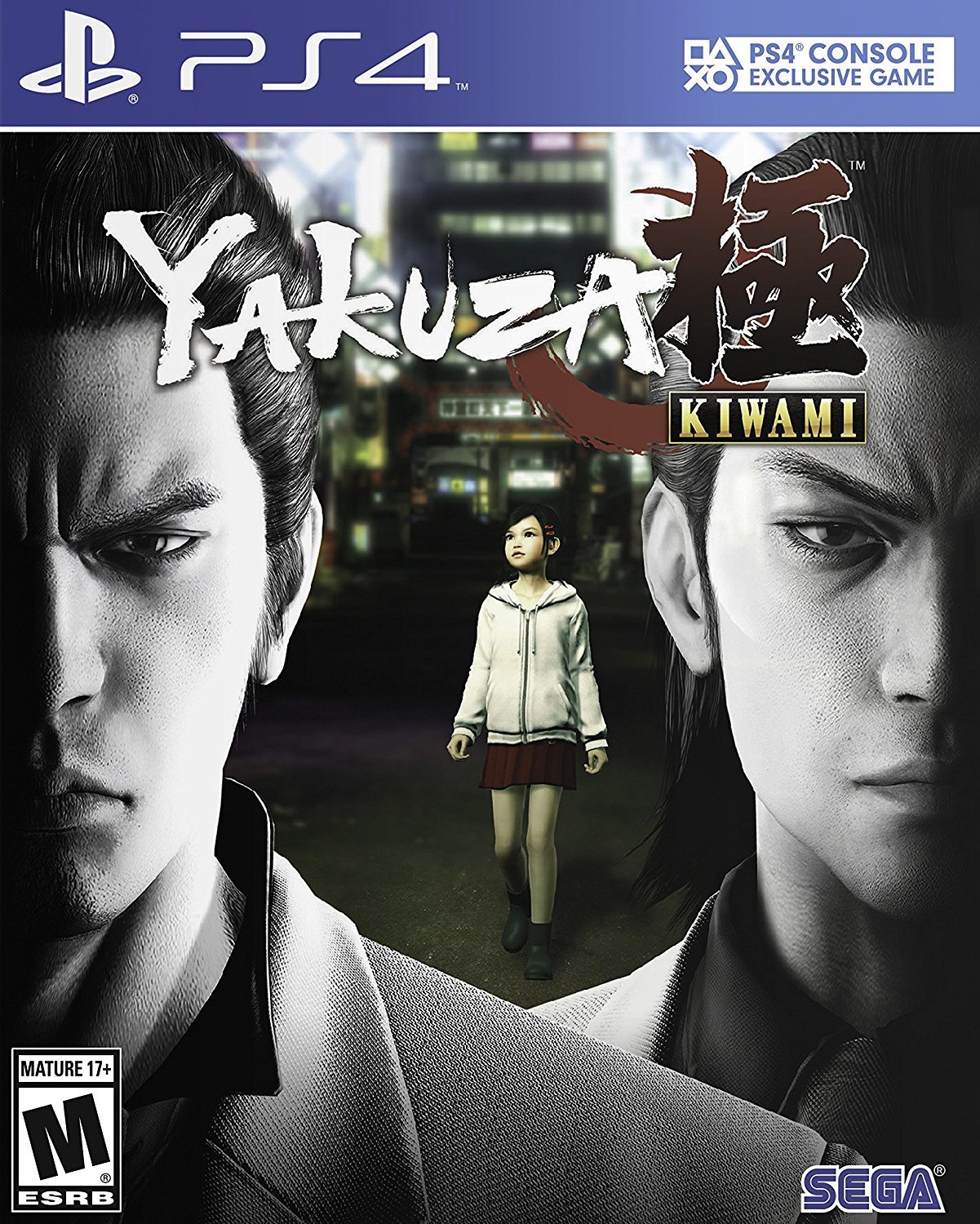 The Yakuza series may have seemed daunting to some players in the past thanks to the story heavy games already being in their fourth and fifth entry but Sega has made great strides to try and bring more fans into the fold. With the release of Yakuza 0 earlier this year serving as a great starting point for those who want to learn about the backstory of Kazuya Kiryu now the company has released Yakuza Kiwami, a complete remake of the first entry in the series. Serving as the beginning of the core storyline with revamped features, is this still a great starting point for players?

Starting in 1995 we join Kazuma Kiryu who has established himself as a member of the Dojima branch of the yakuza to the point of being called the “Dragon of Dojima” and preparing to take over a branch of the clan for himself. In the world of yakuza things can quickly turn sour as Kiryu finds himself taking the fall for the crime of murdering a high-ranking member of the Tojo Clan in an attempt to cover up for his friend Nishikiyama who is suffering from numerous family issues already. 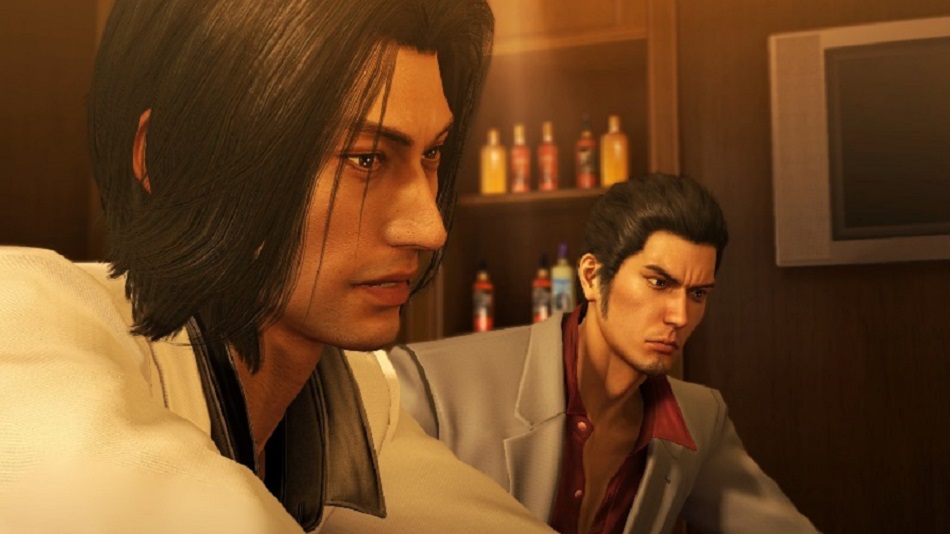 Sentenced to ten years in prison, Kiryu serves his time until he is released only to find that the world of the yakuza as well as the city of Kamurocho has changed immensely during his time in jail. Officially banished from the Tojo Clan, Kiryu is considered a free man but thanks to the events that he learns about shortly after leaving prison and the young girl Haruka he soon dives deep into the criminal underworld once again in an effort to uncover the truth.

To go further into detail about the story for Yakuza Kiwami would be a disservice to those who want to experience the various twists and turns for themselves. It is interesting to note that although the core storyline remains the same from the original release, various bits of extra information and new scenes have been added in here and there to help give players some new details so even longtime fans of the series will be able to experience new story elements in this game. It is also worth noting that newcomers will find that Yakuza Kiwami’s storyline is fairly easy to follow thanks to the smaller focus of the story this time around compared to how many different stories are told in later games, making it yet another great place to start for fans, or even for those who’ve already played Yakuza 0.

Whereas some games in a series gloss over the main character’s sudden loss of ability, Yakuza Kiwami immediately presents a satisfying reason for Kiryu’s loss of skill. Prior to being sent to jail he is capable of taking down basically any foe that steps in his way utilizing every move possible in the game but thanks to being on the shelf for ten years, those skills have grown rusty. So rusty that the first few encounters he has against low level thugs can even be a bit of a challenge if you happen to be playing on normal and aren’t keeping an eye on your health. 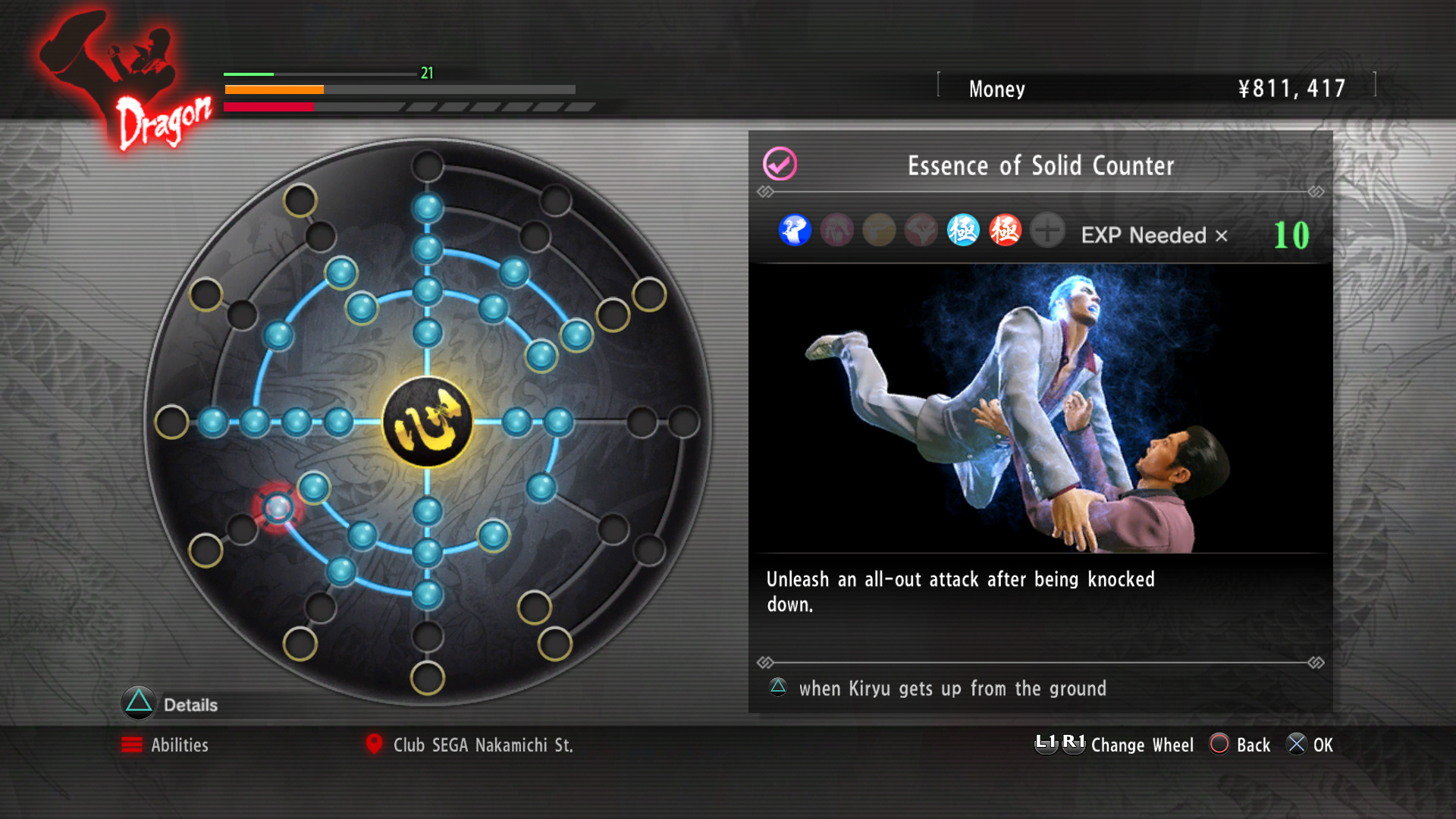 Thankfully it doesn’t take long for Kiryu to get back his combat skills as players can continue to swap between the same fast, medium, and slow styles of combat that were introduced in Yakuza 0 as well as an all new Dragon of Dojima style at any time during a fight. Thanks to a “heat gauge” that can be used to take down opponents, players will feel quite powerful more often than not, though be prepared for some rather annoying boss fights to appear throughout the game.

While the other three combat modes can be obtained by using experience points, the Dragon of Dojima style has a unique upgrade path thanks to the “Majima Everywhere” system in this game. For fans of the series, Goro Majima is an extremely familiar face and even those who started with Yakuza 0 will recognize this one eyed man. In Kiwami Majima has taken a lot of interest in making sure Kiryu is taking care of himself, to the point that he will stalk him throughout his time in Kamurocho. After certain story parts Majima will have a chance to appear nearly anywhere, whether it is simply walking through the streets or taking the place of a police officer or bartender before giving Kiryu an ultimatum that is best solved with fists. This system not only makes sure that players will need to keep themselves well equipped with healing items and potential weapons but also serves as a great bit of service for fans of Majima. 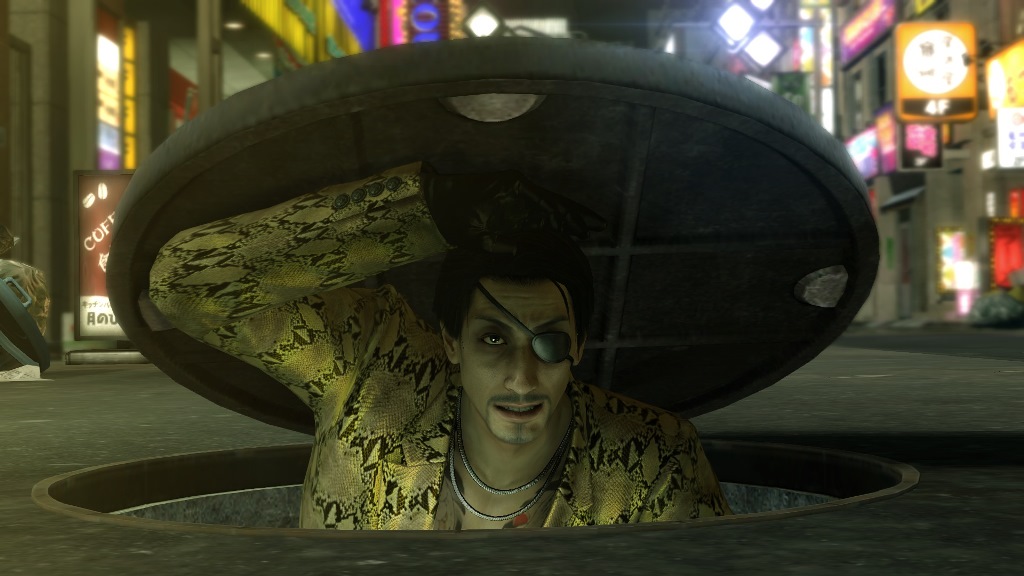 Plus whenever you happen to defeat Majima you will unlock a new skill in the Dragon of Dojima fighting style. Unfortunately this is can be a bit of a negative at times since there are story elements that don’t match up with Majima’s appearances at times and if you get unlucky there may be times you will not come across Majima for quite some time, leaving the Dragon of Dojima style underpowered until you search him out.

Thankfully even with this slight hiccup the combat system is as refined as ever with players able to take advantage of numerous styles that either fit their way of playing or best match your opponent. It is also interesting to note that though Majima Everywhere can take some time to complete, it is a perfect example of the random and often comedic events that can take place throughout Yakuza Kiwami’s side stories. 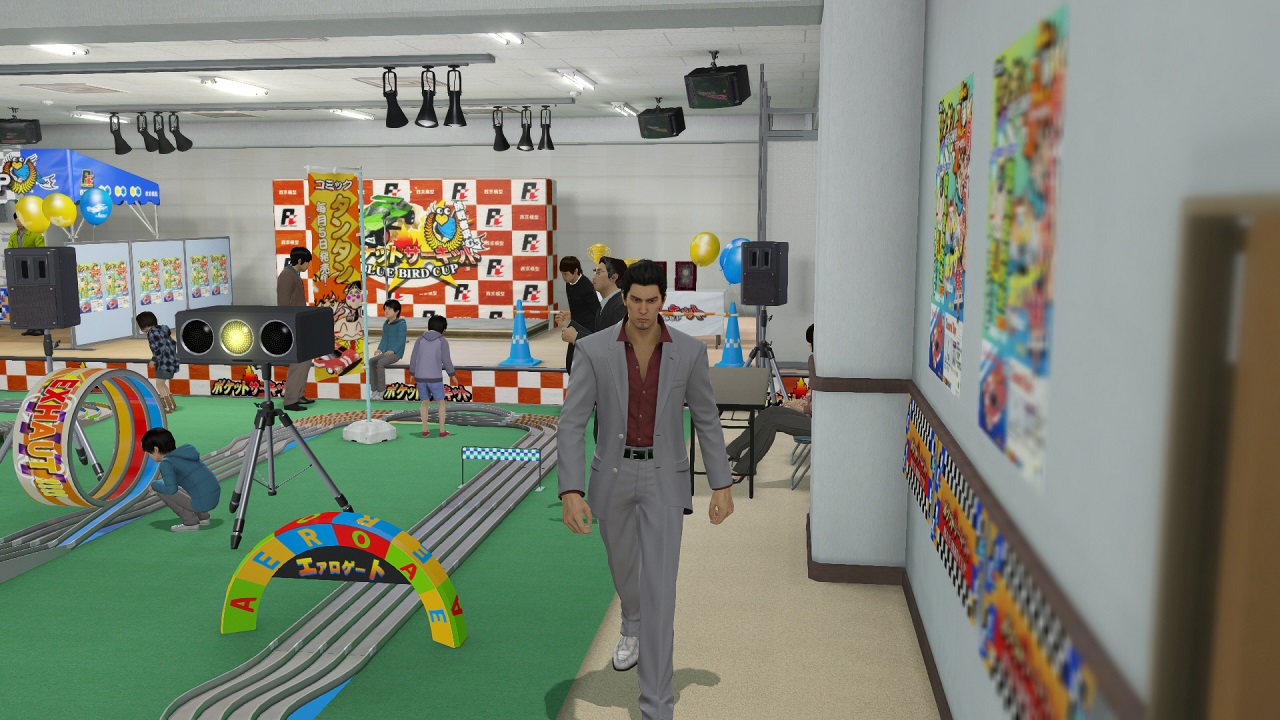 There are a wide array of subquests that are flat out hilarious, purposely so, and it is great to see a game that can be so serious at times not be afraid to let players laugh now and then. Players will also find that alongside the aforementioned subquests that there are plenty of other activities to spend their time on in Kamurocho though a few of these modes are simply copied from Yakuza 0 but even with these repeats players will find plenty of side activities outside of combat.

Those who played Yakuza 0 earlier this year should be quite familiar with the layout and designs of many of the areas players will be exploring in the game as the same engine is being used in Yakuza Kiwami. This means that all of the character models and environments are highly detailed and combat visuals remain top notch. Unfortunately the same cannot quite be said in regards to the cut-scene action as many scenes feature stilted actions that appear to be something of a holdover from the original release despite the complete visual upgrade. 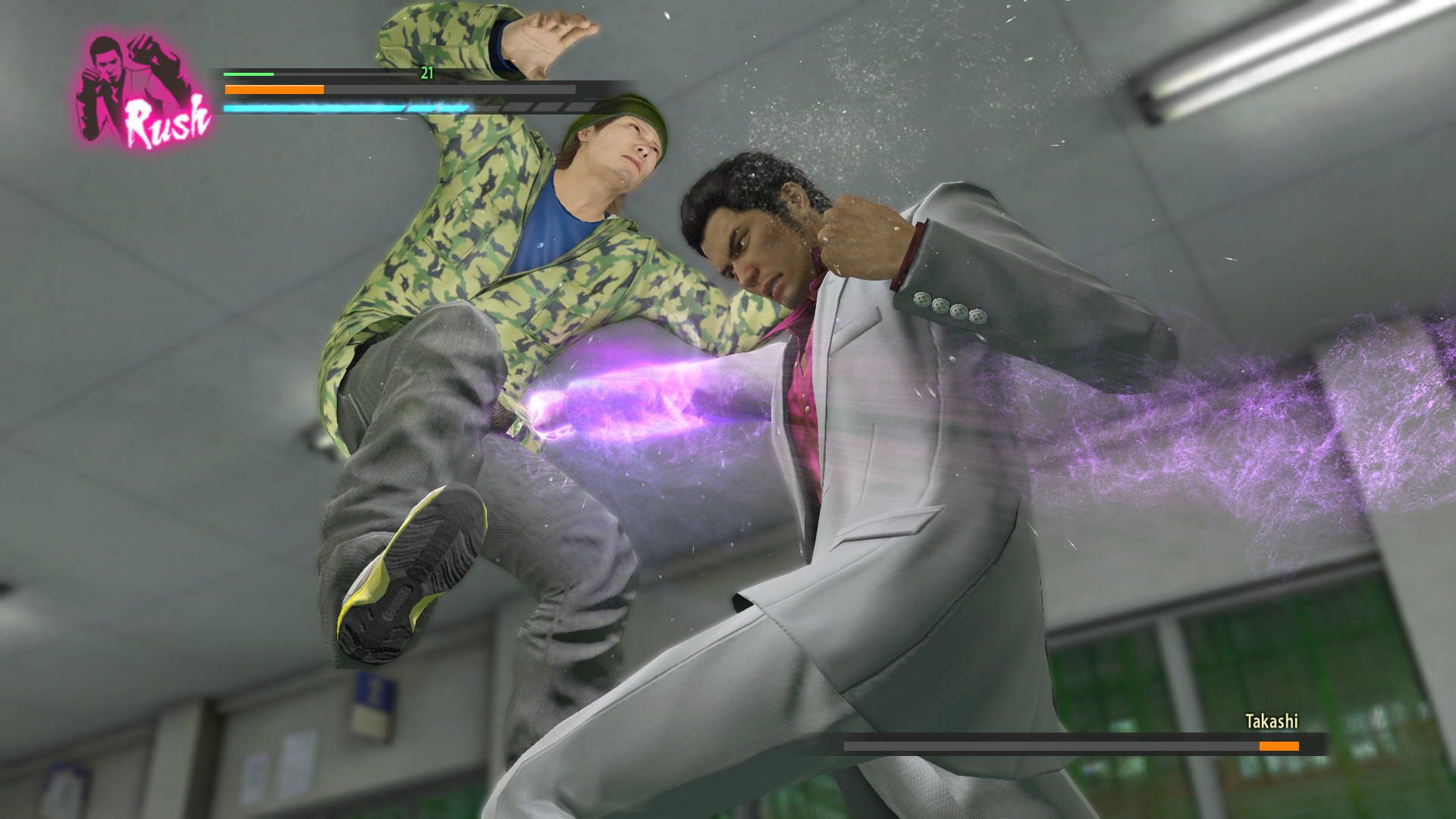 It is interesting to note that when the original Yakuza was released on the PlayStation 2 it contained an English dub that, looking back, was extremely rough around the edges despite having some great actors taking part in it. As such Sega has opted to avoid trying to re-record the English voice track and have instead released Yakuza Kiwami with only the Japanese voice track. Fans of the series are more than familiar with the Japanese voice actors for the series and all of them have returned to reprise their roles here so although some may be disappointed by the missing English dub, the Japanese track more than makes up for it.

In terms of being a remake Yakuza Kiwami is a complete success as it transplants the original storyline without a single flaw while building upon it in every possible way. With a better control and a refined combat system accompanying an amazing looking title, this is yet another perfect way to step into the series if you choose to pass over the equally amazing Yakuza 0. With tons of content packed inside of a discounted package, is an extremely attractive offer, especially for newcomers and even for longtime fans wanting to experience the story once again with nearly all of the refinements that the series has gone through over the years.

Yakuza Kiwami packs plenty of content into an extremely attractive package that will delight longtime fans and offer newcomers a discounted price point to jump into the storied series.
9