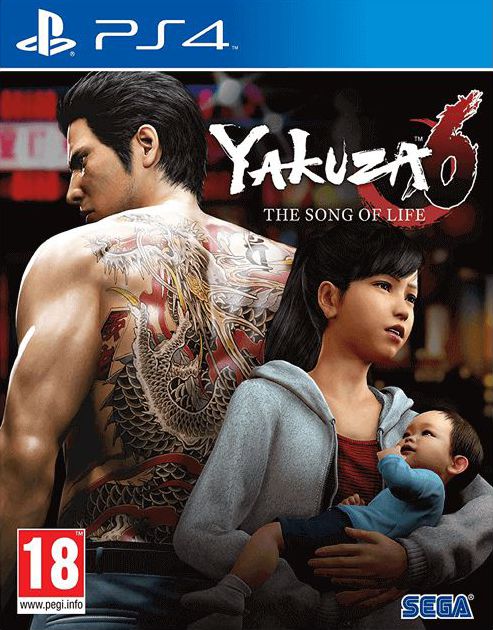 Yakuza 6: The Song of Life

The Yakuza series has been something of a powerhouse for Sega in Japan over the years and over the years the West has shown increased love for the franchise. However all good things must come to an end in some form and that is what Yakuza 6: The Song of Life is said to be, a conclusion of sorts. With such a long running storyline following Kazuma Kiryu and an entry solely following him for the first time in a few entries, does this game offer everything that fans can hope for? 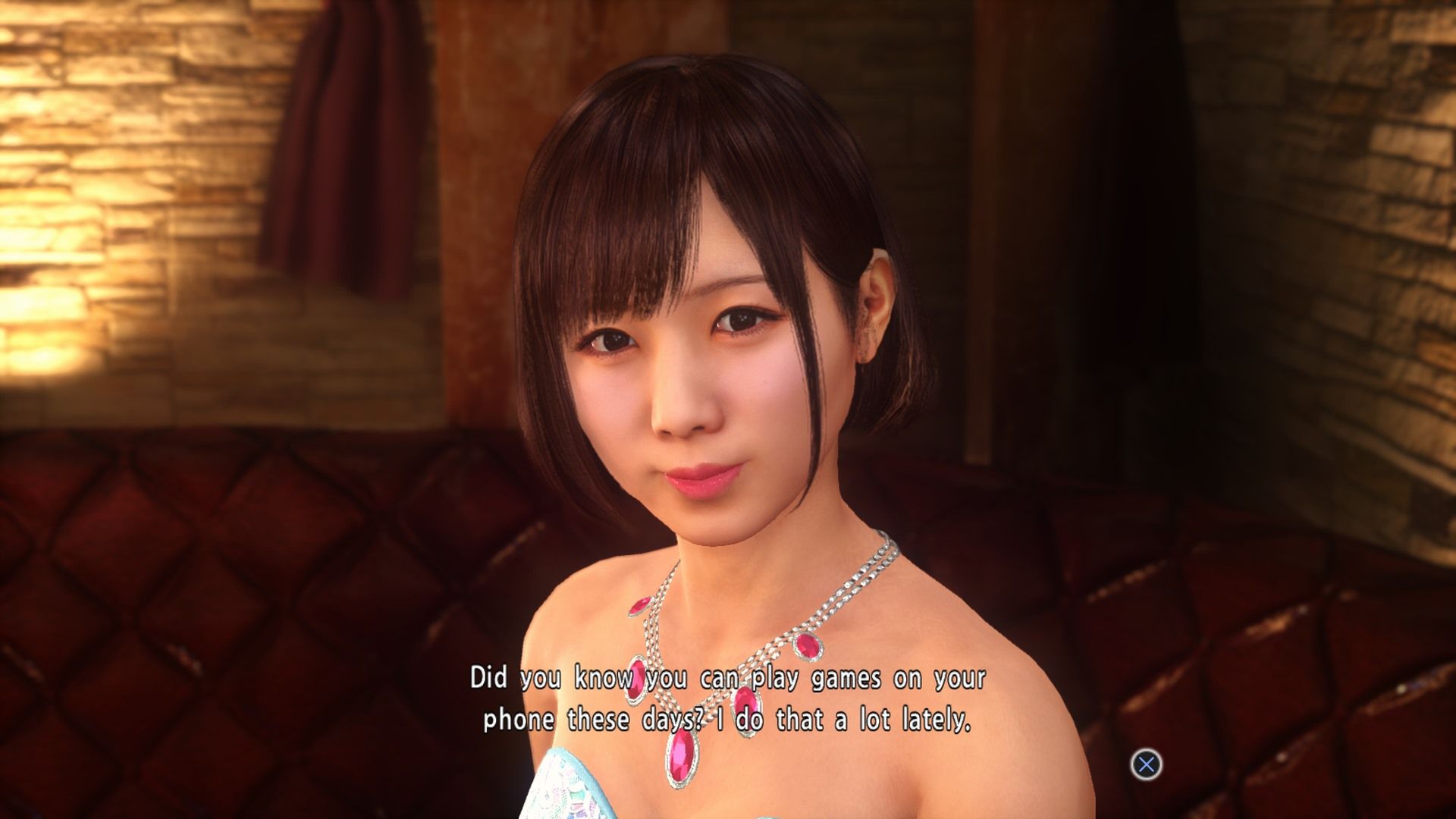 It is worth noting that those who want to get the most out of Yakuza 6: The Song of Life should have at least played a few of the past entries in the series. The game does offer summaries of past events to give newcomers a chance to at least read up on the events that led Kiryu, the “Dragon of Dojima” to where he is now but this story is one that is best experienced on your own.

That being said the game does pick up immediately after the events of Yakuza 5 with a large cut-scene showing what happened to a number of the characters, such as Kiryu ending up in the hospital, Haruka quitting her idol career, and others being sent to prison to serve out their proper sentences. In fact, even with Kiryu recovering in the hospital he is informed that he will be sentenced to three years in jail due to his past crimes.

Once he serves his time Kiryu returns to the Morning Glory Orphanage that he previously opened to take care of orphaned children alongside his adopted daughter Haruka. Unfortunately this emotional reunion is short lived as these children ask him why Haruka hasn’t returned with him. It turns out that due to media pressure and fear of their influence affecting the future of the children, Haruka had left the orphanage shortly after he was imprisoned and his only clue is that she was living in Kamurocho once again. 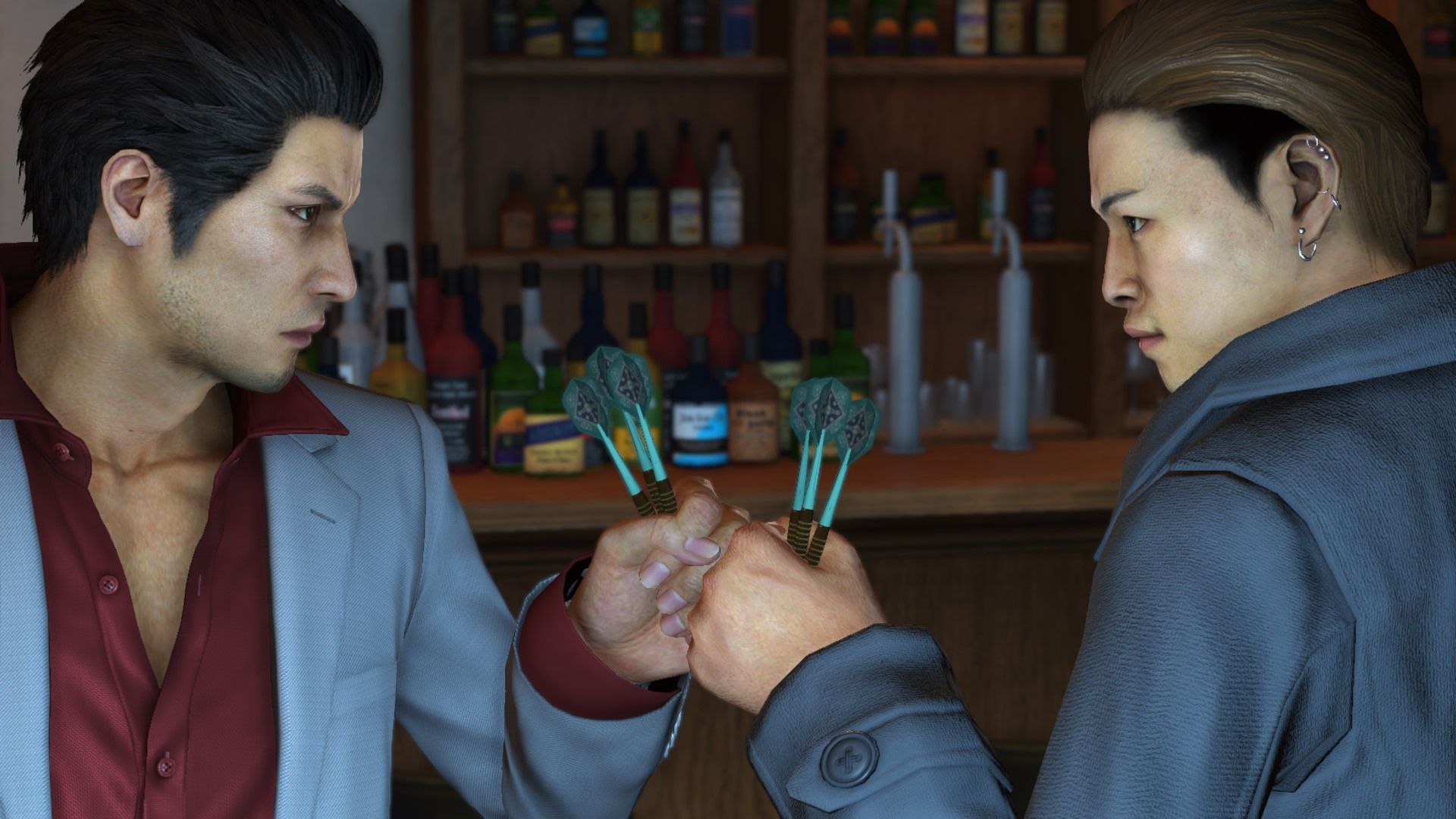 Hoping to never return their, Kiryu pursues this clue only to find that the city has changed immensely since he was imprisoned with the Tojo Clan at war with the Chinese Triads and numerous organizations once owned by his friends have been shuttered or given over to new management. With what little he can gather and the assistance of the detective Date, Kiryu learns that Haruka has been hospitalized due to a hit-and-run that has left her critically wounded and in a coma.

To make matters even more confusing, a baby that appears to have Haruka’s last name was found at the scene and it was found that she had tried everything to keep the baby from harm. Not one to leave a challenge to his family unanswered, Kiryu takes in the baby and begins to dive into the numerous mysteries that now surround him, such as who the baby’s father is, what Haruka has been doing since she vanished, who struck her, and much more. This journey only ends up leading him further into the dark tumultuous world that the criminal underground has turned into.

Yakuza 6’s storyline brings Kiryu back and forth between the familiar city of Kamurocho and a new location named Onomichi, a small shipbuilding village in Hiroshima. There are a large number of sub-stories spread throughout these areas ranging from fairly standard to incredibly ridiculous as is Yakuza standard, but it is worth noting that there does seem to be a smaller number of these sub-stories than before. That being said, helping a cat cafe take in stray cats by feeding them in the wild, fighting spirits of long-dead pirates, and even pretending to be a cute mascot character still make for a great time. 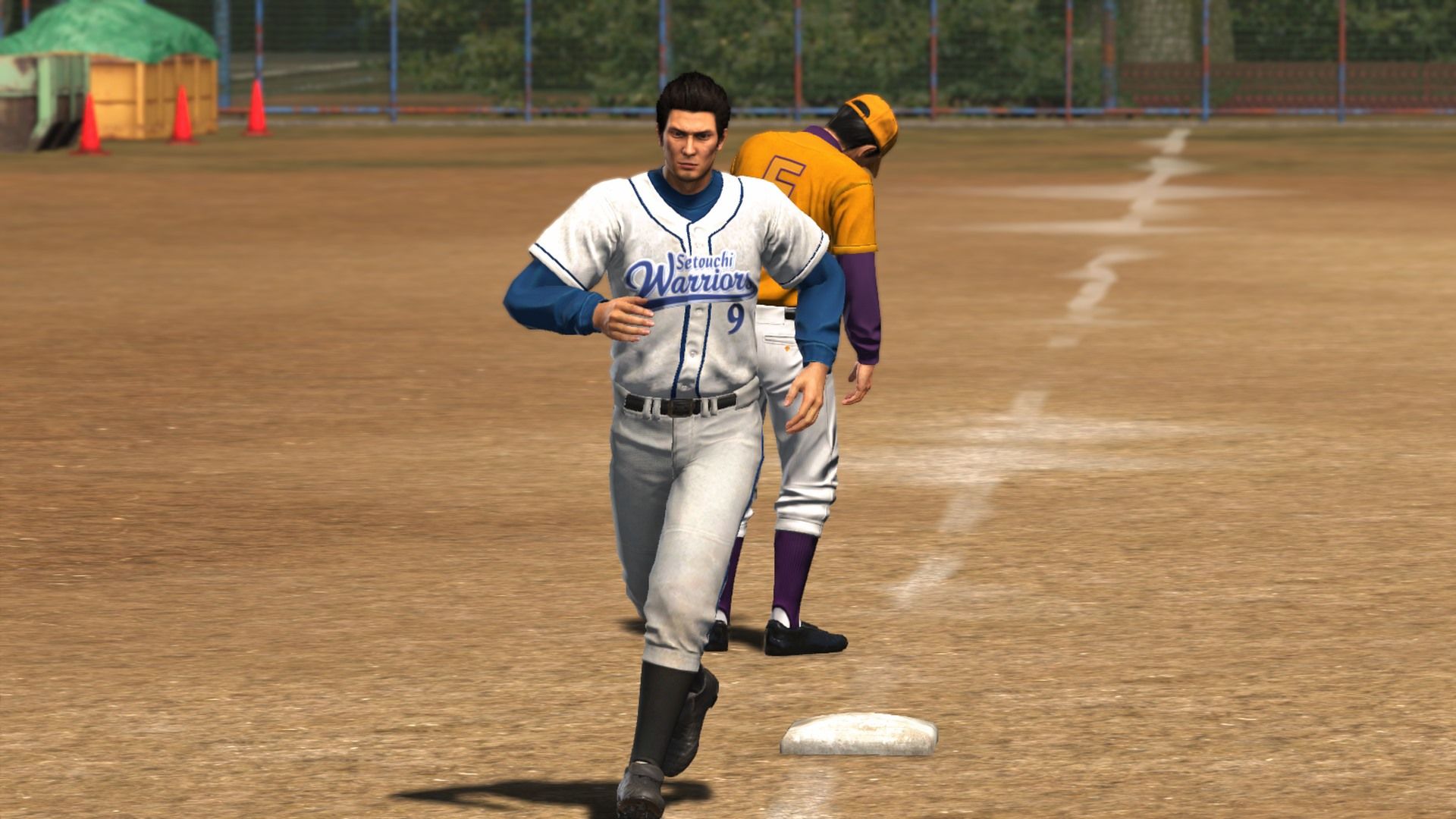 The bulk of the storyline comes in the form of the overarching storyline however and as you may guess from the focus, it is a very emotional one. Throughout this story we see just what lengths Kiryu is willing to go to in an effort to protect his family, as non-blood related as they might be. In fact, Kiryu is more blunt than ever in this entry as he is quick to dispose of, or simply ignore, those who try to slow him down. With numerous mysteries and different conspiracies circulating through the underground all standing in the way of Kiryu’s hope for finding out the truth behind what happened to Haruka, this is a storyline that will grip players from beginning to end, especially when it starts to approach the final chapters.

It is interesting to note that the combat mechanics in Yakuza 6 have taken something of a step back from previous entries in the series. Rather than being able to swap between different styles in a fight, Kiryu makes use of only a single style of combat that allows him to make use of his deadly fists and powerful kicks to take down any thugs that stand in his way or make use of environmental objects to really punish them.

The “Heat” system is also the same as before with players being able to build up the heat gauge through combat and either enter a supercharged state that allows them to deal more damage and deliver special combo-finishers or deliver absolutely brutal looking “Heat Moves” that can annihilate the health of most opponents. Ranging from just brutally throwing a guy into a stop-sign post to throwing their head in a microwave and telling the clerk to “warm up the trash” these are as wild to see as they are punishing. That being said,a number of these special moves require the player to unlock them first through a fairly simplistic upgrade system. 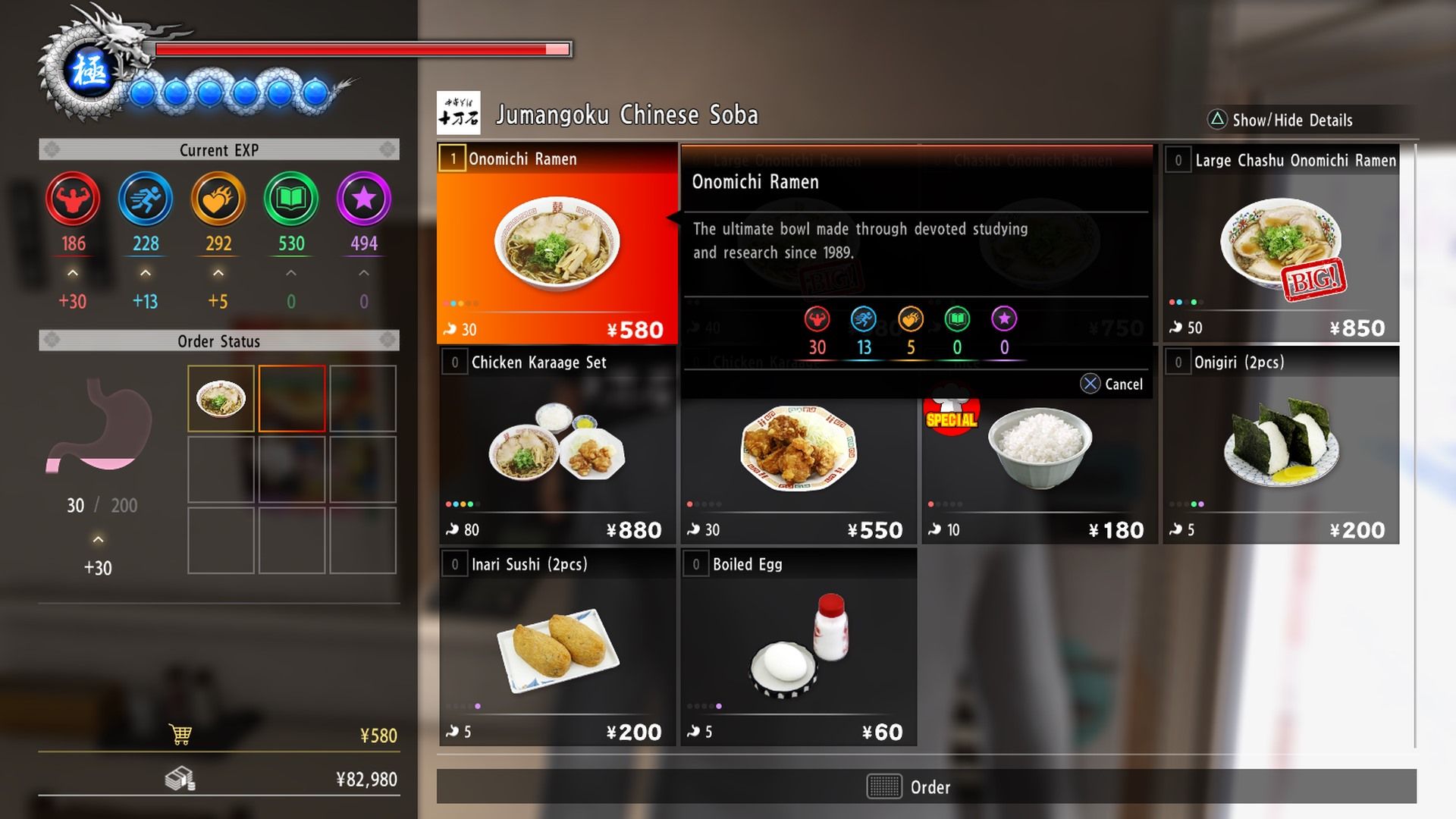 Nearly everything you do in Yakuza 6 will reward Kiryu with various bits of experience that falls into various categories such as Strength, Technique, Charm, etc. and this includes eating at the numerous restaurants spread throughout the two main hubs, drinking drinks purchased from vending machines, and of course fighting enemies and completing various quest objectives. One of the most effective ways happens to be taking part in a gym training facility called RIZAP that involves various exercises followed by a dietary suggestion that, if you can decipher the clues, reward players with plenty of experience. This allows players to better plan out their upgrade tree to fit their playstyle by dumping points into various stats to improve Kiryu’s abilities, upgrade his repertoire of moves, or even increase his chances when hitting on girls at the Hostess clubs and making friends at the bar.

Perhaps thanks to the smaller number of sub-stories, a new “Troublr” app is available in the game and gives players various warnings about people who are in trouble in town. These missions tend to boil down to fighting guys bullying someone, finding an item for someone or tracking down a lost child, and trying to pull people up from ledges they’ve inexplicably fallen off of. They reward players with a decent amount of experience but can become a bit annoying and repetitive at times.

This same style also happens to apply to a number of the mini-games that can be found in Yakuza 6 as many have been either removed entirely or modified for simplicity while only a few smaller ones have replaced them. There are still a number of enjoyable Arcade Games to take advantage of such as Puyo Puyo as well as darts, “sexy” chat rooms, and more. The biggest standouts here happen to be a spear-fishing mini-game that works like an on-rails shooter that involves using a spear gun to hunt fish as well as a Clan Creator system while the biggest failure, perhaps mostly due to its confusing and unpredictable nature is the baseball management system.

The Clan Creator allows Kiryu to put together a street gang of his own to take part in real-time strategy battles against a group calling itself one of the largest gangs in Japan. These involve sending various types of generic fighters into the fray while building up your meter to send various “Lieutenants” and officers into the fray to take down the enemy leaders without actually fighting yourself. This mode is an enjoyable little side story but depending on how much effort you put into upgrading your team it can be incredibly easy to finish even the hardest missions making one wish they were more challenging.

It is worth noting that this is the first entry in the franchise to feature the new “Dragon Engine” and it certainly marks a significant visual improvement over past entries. All of the various NPCs that players will come across, including simple ones just walking around the environment, are nicely detailed, perhaps thanks to the fact that players can now play in first-person mode while exploring the world, and the sights and sounds of Kamurocho and Onomichi are represented extraordinarily well here. That being said, the game can suffer a bit of slowdown here and there when traveling through Kamurocho at night as the numerous lights and people crowding the street can be an issue. 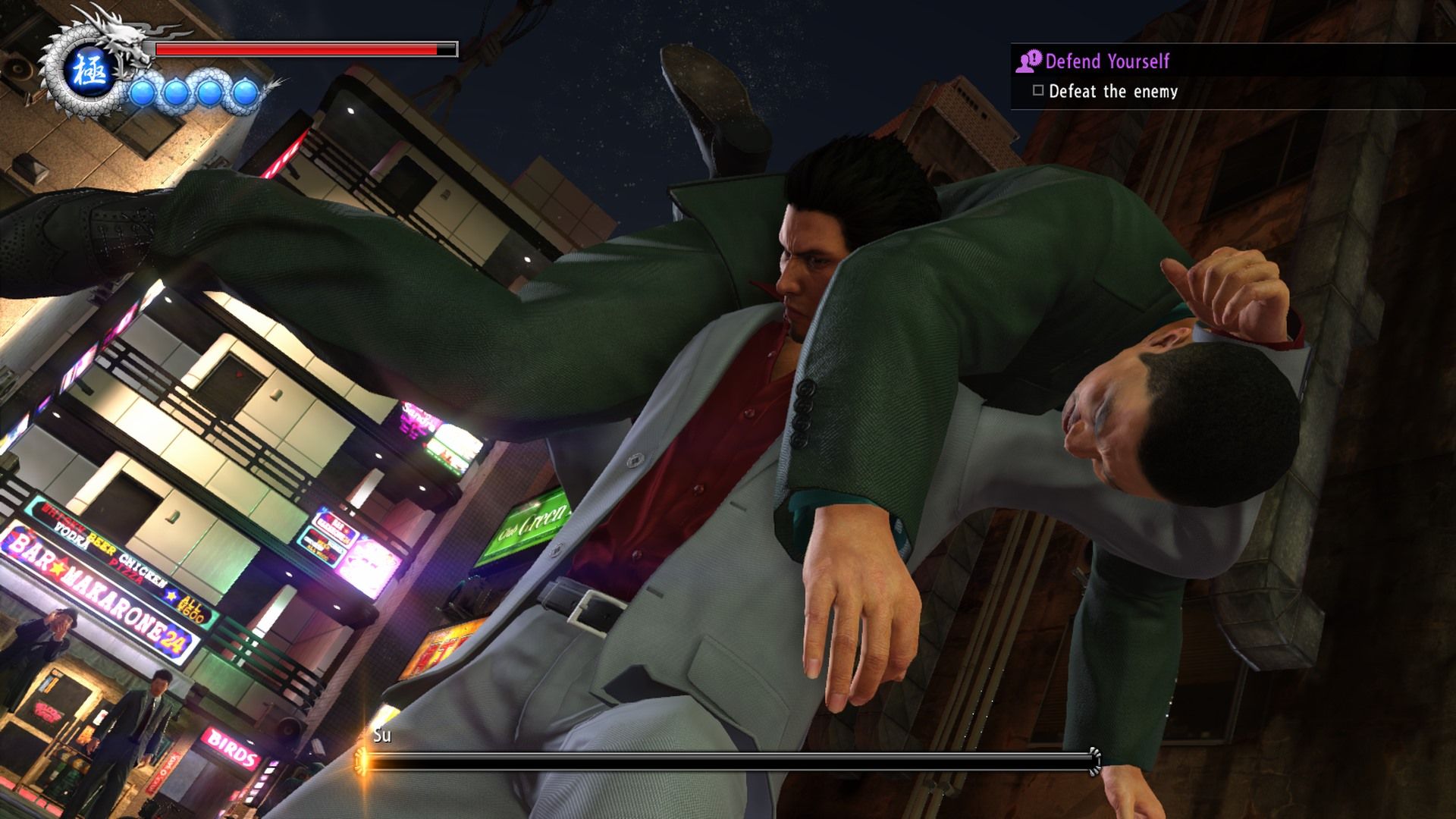 The physics can be a bit wonky looking at times, especially when it comes to fighting or traveling through an area with lots of objects on the ground. Pretty much everything that isn’t nailed down can be picked up, especially when Kiryu is in heat mode, and because of this battles or simply traveling through areas with lots of seats can send objects flying randomly and bodies of NPCs flying. This is both something of a curse and a blessing however as it can look odd when fighting and various benches just randomly break, but can deliver an amazing looking experience when you throw a Triad member through a shop window and then fight the rest of his friends while bags of food and stands scatter only for the shop owner to ban you from the store for a few hours because of the ruckus you caused.

The voice acting and sound effects for Yakuza 6 are excellent in both performance and execution. All sub-stories are voiced this time around and thanks to this entry utilizing only two styles of cut-scenes players can experience the emotional voice acting in an effective manner without being dragged down by some of the previous methods found in Yakuza 0. 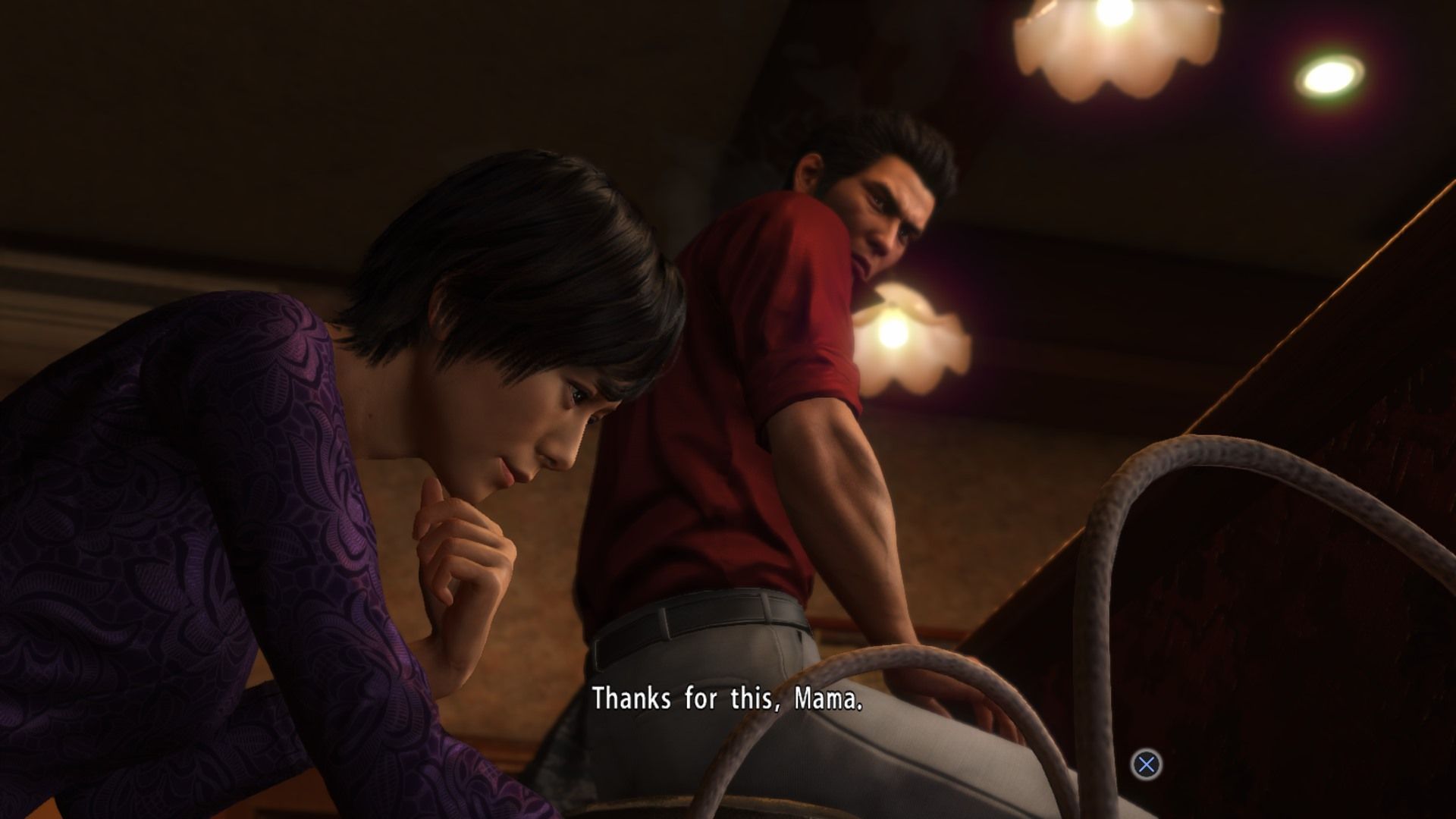 Yakuza 6: The Song of Life may take a few steps back when it comes to combat and mini-games though there are still plenty of side activities to enjoy but delivers an emotionally gripping storyline that serves as a driving force through the game. This final chapter delivers everything that fans could have hoped for when it comes to Kazuma Kiryu’s storyline and makes for an excellent entry in a franchise that even newcomers can still give a chance.
Capsule Computers review guidelines can be found here.

Yakuza 6: The Song of Life’s gripping and emotional storyline delivers on all levels while being set in a beautiful looking game that takes a few steps back in some places.
8