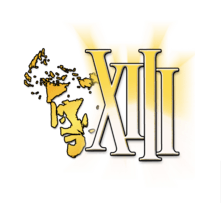 Based on the 1984 comic book series, XIII, this title is not to be confused with the 2003 Ubisoft title XIII. Developed by Microids, XIII – Lost Identity takes the story of the original source material and attempts to make a videogame out of it. It’s an odd endeavour, considering that some time ago this was already done. Regardless, Microids have created their own multiplatform title with, shall we say, a somewhat original take on the source material. 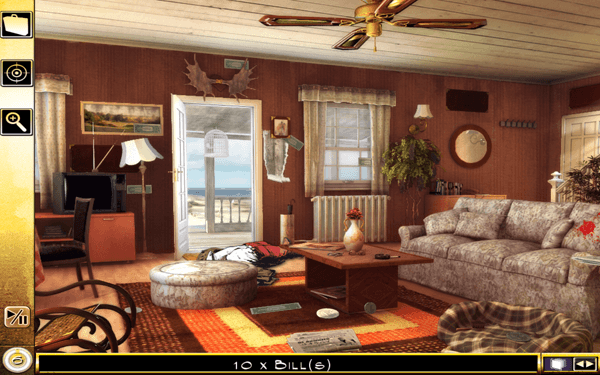 A man is washed up on the shore with no recollection of who he is or how he got there. The story progresses as he attempts to uncover his lost identity by searching for clues while avoiding dangerous strangers who seem to be hunting him from every direction. Telling the story beyond this would ruin any twists in the plot, and there are a few. Unfortunately this would defeat the purpose of playing the game considering the story is all the game has. It’s an interesting tale full of red herrings and twists, yet seems to be oddly delivered through this medium. The dialogues become painfully long as you are required to click next repeatedly as you read through comic-style text bubbles which will take hours of your time. Granted the story is an interesting one, but you’ll have to endure hours of tedious gameplay in order to uncover the identity of the mysterious man. 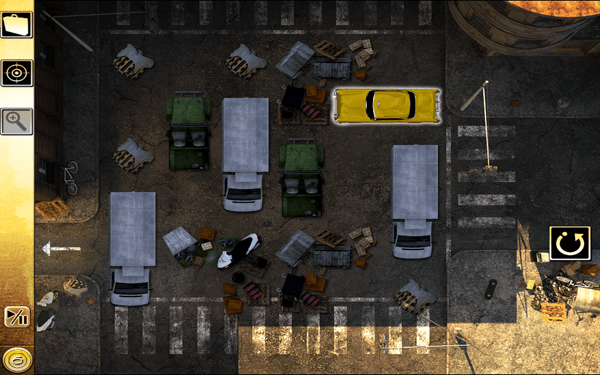 Cutting straight to the core mechanics, XIII – Lost Identity is a point and click game. While Microids have tried to mix it up by adding puzzle elements, these fall short of refreshing. In fact, the addition of puzzles and other gameplay elements such as tap-to-shoot sit uneasily within the framework of the story. For example, attempting to decode a computer will through you off into a Bejeweled style puzzle for all of thirty seconds, before you jump right back into clicking away. Even if one would be so inclined to deem these shifts from the core mechanics as a refreshing break, the lengthy tutorials add insult to injury: explaining how to get hints, what buttons to what and so forth. The puzzles are obvious enough that these can be skipped, although it would probably be best to stuck it up and endure the first one just to make sure.

The majority of the game will be spent searching through static scenes which have ‘clues’ littered throughout the screen. Often these clues sit strangely on top of background elements, or tucked uncomfortably behind foreground elements. If it weren’t for the subtle feedback loop of screen blocking to punish consistent incorrect clicking, this wouldn’t feel like a game at all. There are weird moments where you need to collect items such as ‘condensation’ from a window in order to unobscure your view through a window. If you are clever enough to succeed in this, you’ll be rewarded with another length dialogue scene which explains some more of the mystery – to a small extent. The more you click, the more people will attempt to explain who this mystery man you control is. Yet, more and more questions seem to be raised and the time it takes to get any answers starts to stretch into hours. Any redeeming features the story has are immediately rendered insignificant to your new found repetitive stress disorder from over clicking. 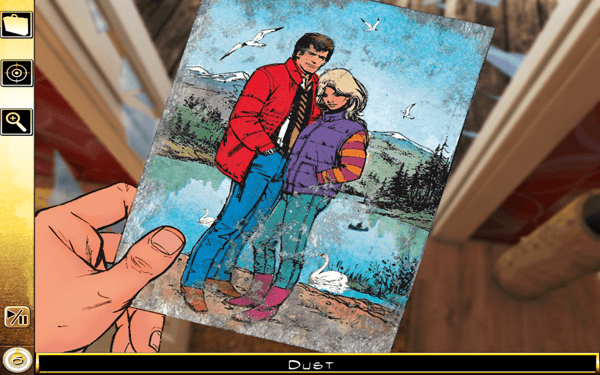 Being based on a comic book, Microids attempted to capture the gritty noir style of the original work. For the most part they have. All the characters seem as if they have cut straight out of a comic and pasted onto the screen. I literally mean pasted. As well designed and classically comic book the characters may appear, the overall design has a seemingly collage element to it. The players sit uneasily over the top of the background for moments of dialogue accompanied by the appropriate text panels. The background doesn’t fare any better, with elements all looking like they are cut and pasted together to make the appropriate image. What’s worse is when clues start to litter themselves around the game, hiding in the most inappropriate places and often appearing disproportionately to other objects – such as a fishing hook the size of an umbrella. Perhaps transitional animations that appear to be moving through comic book panels would have been more appropriate, or even a simple white frame to represent panels may have connected all the elements together a little neater. All visual elements that attempt to tie this to the medium of videogame seem to take it further away from being a videogame. Ideally the game should have been graphically pushed to represent a comic book a little bit more.

A mysterious and often haunting soundtrack is layered under the length of the game. While it may not seem to deviate from first song you encounter, you don’t seem to get lost in the refrain. Rather, the soundtrack actually works well to provide an ominous undertone that doesn’t overshadow the story of the game. 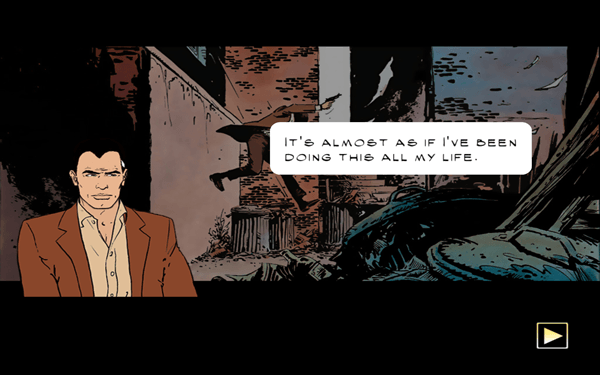 I can only imagine the frustration of losing your memory. Thanks to this game, I have a little insight into that frustration. Of course this game will give you hours of gameplay, but it won’t be the most engaging game you’ll ever encounter. The graphics have potential but seem to fall short when attempting to add interactivity or gameplay elements – which of course is integral to a videogame. The mechanics seem to be designed to keep you playing and engaging with the story, but eventually you will start to get bored and any hooks the story arc may have had in the beginning seem to detach themselves and leave you a bored, mouse-clicking mess. If you’re after an interactive story, this may be a title for you. However, if you’re after an engaging puzzle-based point and click – this title falls just a little short.