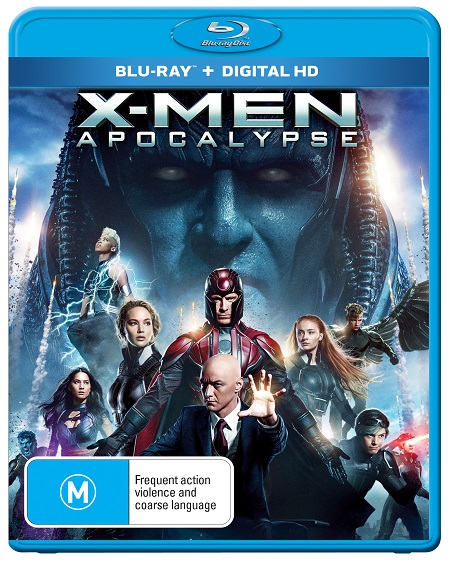 The last X-Men film, Days of Future Past, had our eponymous heroes mess around with time travel in order to avoid a dystopian reality filled with robotic entities which oppress mankind. After messing around with the very fabric of time itself, director Bryan Singer decides to up the stakes by having them face a (literal) apocalypse. The film has now been released on DVD and Blu-Ray which gives me a chance to see whether Singer can reach past the heights which he has set for himself. Read on, dear reader, to learn my thoughts on the matter. 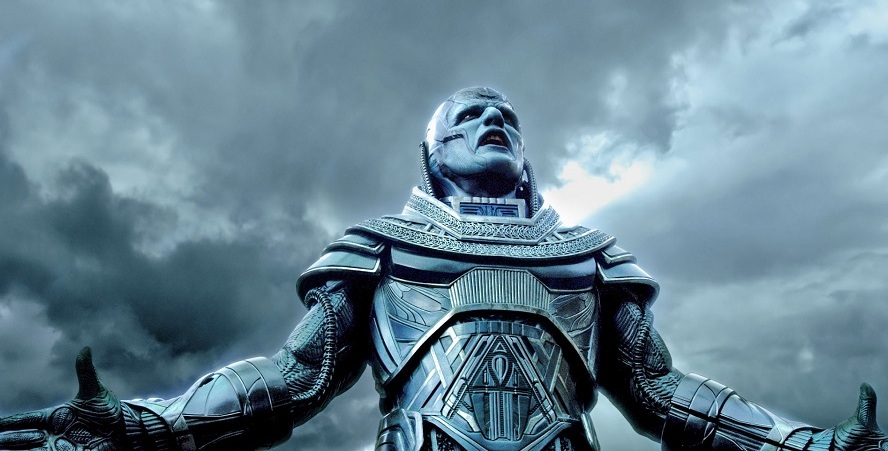 The story starts us off in the sands of Ancient Egypt where we see an incredibly powerful mutant, Apocalypse (Oscar Isaac), is being worshipped as a living god. Following his betrayal, attempted assassination, and successful entombment by some of his human followers, the film fast-forwards through to the 1980s of the current X-Men timeline where he is unearthed and awakened. As he attempts to come to grips with the new world, we see the Xavier (James McAvoy) and the rest of the X-Men come together and search for Magneto (Michael Fassbender) who has been in hiding ever since the events of the last film… wherein he attempted to assassinate the US president on live television. The race is on, unbeknownst to the X-Men, to find Magneto and stop the reawakened Apocalypse before he makes true on his name and brings about the end of human civilisation.

This script is perhaps one of the least focused stories I have ever come across. The story suffers serious problems with pacing the characters go from one disjointed objective to the next without an real sense of narrative continuity. The film also goes to great lengths to introduce the new generation of X-Men into the film series without really giving us a single character to focus on. The film attempts to give some of the characters emotional arcs in the story but ensemble narratives do not lend themselves to such ventures. This effectively means that without an emotional connection with any character, I simply did not care for the trials and tribulations they would go through over the course of this film. I feel that, the film attempts to spin too many plates with its characters and so loses the emotional core it should have when characters experience tragedy or success. 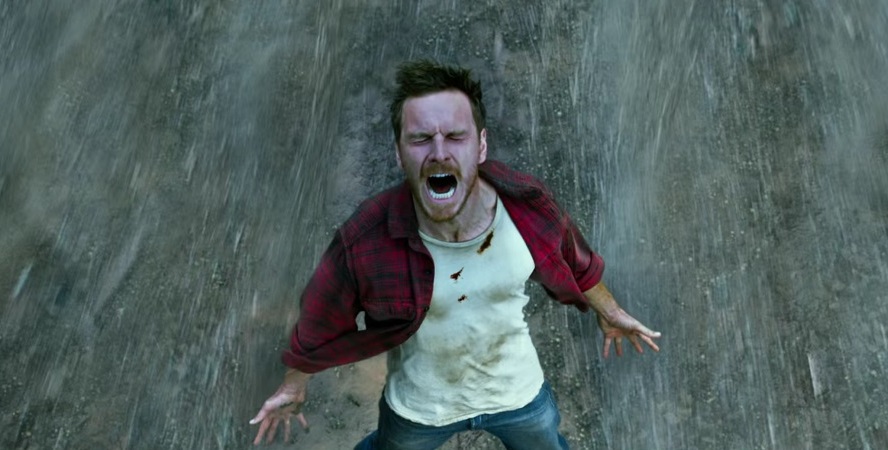 Despite the scripts problems, there are some performances by the actors which I consider to be worthy of praise. Fassbinder is an acting heavyweight and does his best to bring an emotional depth to the few scenes we see with Magneto’s character. For the most part he succeeds but I feel his performance would have been more compelling if the film had decided to spend more time with his character during the emotional changes he experiences. Isaac too may be a strong actor but I feel that the only time his character came through in a strong sense was when he delivered a monologue proclaiming his divine right to be the only being capable of bringing about humanity’s annihilation as he disarms the world of its nuclear arsenal. It was a cool, melodramatic monologue which was brimming with pathos and dripping with characterisation for Isaac to revel in. I wished that the script featured more of these moments for the character of Apocalypse but, alas, he also falls into the film’s problem of muted emotional impact.

My biggest gripe with the script is the film’s climax which pretty much encapsulates the rushed nature of the entire story as plot drove the characters rather than the other way around. In the final climactic showdown between the heroes and villains, we bear to witness to a change-of-heart by one of the antagonists which makes absolutely no sense within the context of the character. Although it was set up that one of the characters attempts to persuade them, I did not feel that their attempt was strong enough to sway them to rethink their situation. The final victory also feels like a complete Deus Ex Machina as it pretty much has little to no set up previously in the story. Outside of the film itself, I know what’s happened due to my knowledge of the comics and the characters but there’s no internal consistency which stops the resolution from coming across as a complete non-sequitur. 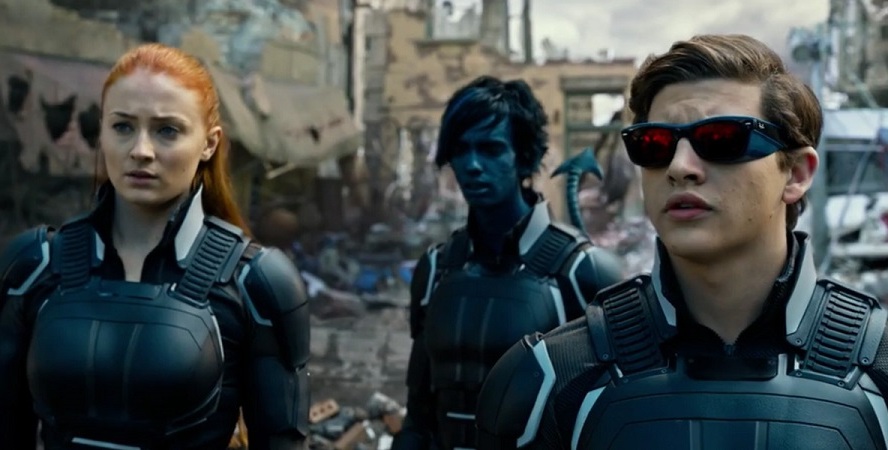 Most of the visual effects are largely sufficient with a few standouts which are both mediocre and awesome. In general, the special effects for the action scenes were pretty good with a level care and attention to detail in the use of the CGI which added to my enjoyment. The only sequence which I thought was particularly inspired was the Quicksilver bullet-time sequence where the character runs around the slowly exploding X-Mansion. Although it was essentially a recycling of a similar sequence in the previous Days of Future Past. I felt that this iteration brought something new to the concept by expanding the scope and duration of the shot. If this becomes a new hallmark of the rebooted X-Men film franchise then I don’t think I’ll be annoyed if they keep evolving it with each iteration.

The effects which I felt fell short were generally found in the last act of the film. In particular, I found certain CGI concerning Jean/Phoenix to be underwhelming and broke my suspension of disbelief. Specifically, I could make out the green screen effect of her walking on air during the film’s climactic battle as her movement just seemed off. The make-up effects for Apocalypse were also somewhat over-stylised and reminded me quite strongly of villains from the Power Rangers television series. It might be a design which is true to the comics but I feel that it comes across a bit goofy on film… 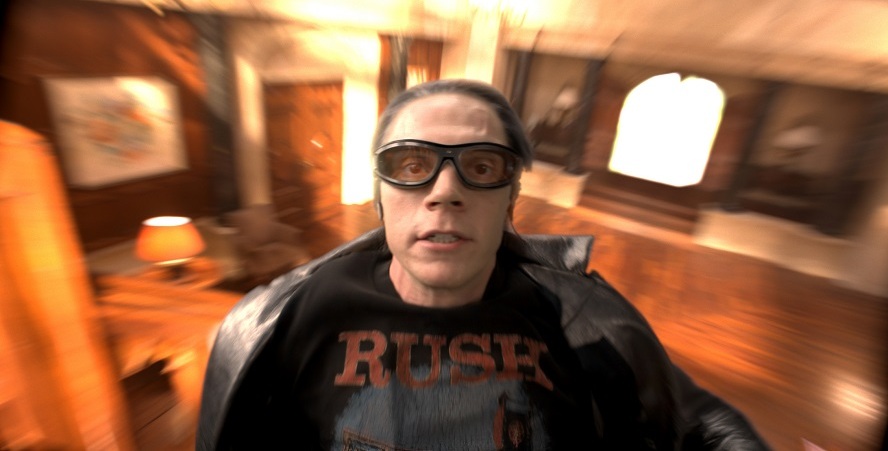 The soundtrack is largely unremarkable with few pieces which really leave an impression. The film’s main theme has become recognisable to me over repetition throughout the series, but it’s never struck me as anything much more than somewhat generic action-movie fanfare. One notable instance of the film’s use of music is in the Quicksilver bullet-time sequence wherein Sweet Dreams (Are Made of This) by Eurythmics is played. It’s a nice song to replace and update Days of Future Past’s use of Time in a Bottle by Jim Croce but it lacks the meta-humour which the original song brought to the sequence. 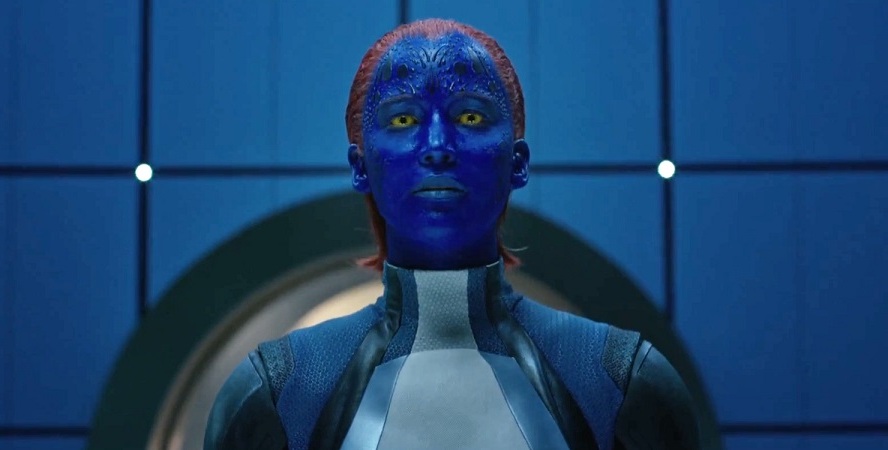 The blu-ray features a smorgasbord of extra features which I very much enjoyed. In particular, I found the deleted scenes to be of interest as I felt they would have added significantly to the film’s emotional impact if they had not ended up on the cutting room floor. Of interest to me was the behind-the-scenes interviews and segments exploring the production of the film, which gave me appreciation of the efforts to which the Bryan Singer and his crew. The gag-reel was also very amusing and showcased the humour and good-nature of the actors while working on set. 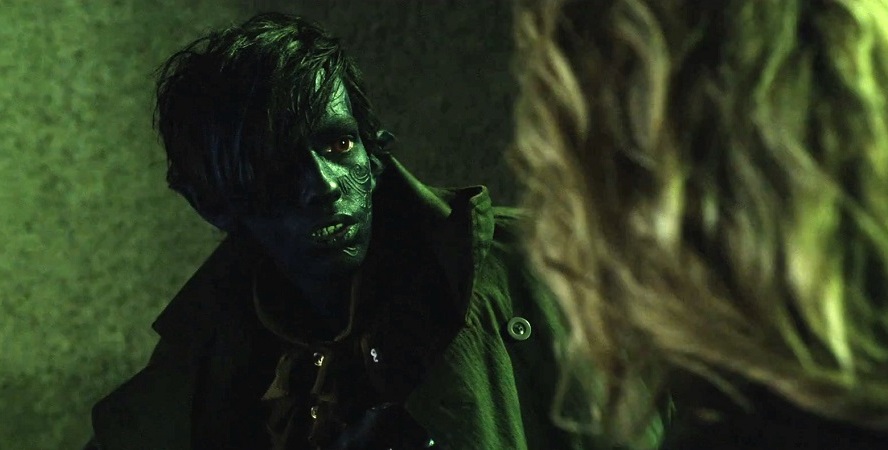 Despite all the flaws I’ve outlined, I enjoyed this film and the extra features on the blu-ray. The shortcomings of the script I felt were largely a result of the writer biting off more than they could conceivably chew (without the aid of superpowers, of course) and would have benefited from focus on individual characters. The visuals are satisfactory but with sparse few moments which particularly inspired awe. The soundtrack was not particularly memorable with one or two exceptions to prove the rule. The extras on the blu-ray were a joy to go through and I have no problem recommending them. Overall, I feel that if you’re a fan of the series and the X-Men franchise then you’ll get your money’s worth from the blu-ray but I don’t believe this film will make a true-believer out of anyone who isn’t already preaching from the choir.
Capsule Computers review guidelines can be found here.

A lack of narrative focus holds X-Men: Apocalypse back from achieving the emotional heights it aims for.
7.5