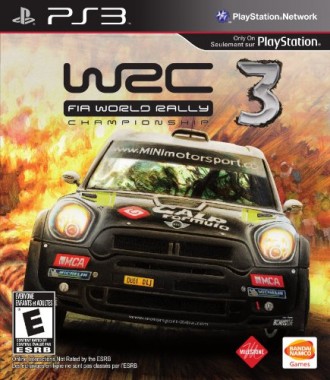 Overview:
The racing game genre is home to a number of sub-genres underneath its umbrella. Whether it is street racing games, open world games, realistic racing games, cart-racing games and of course rally racing games, there is a lot of different ways to have your slice of racing cake and eat it too. WRC 3: FIA World Rally Championship is obviously a rally racing game and as one would expect focuses solely on rally racing. This of course means you’ll be taking vehicles off the asphalt and onto the more gritty terrains of the world. WRC 3 is a rally game in all traditional senses, but does it become more than simply just another rally game? 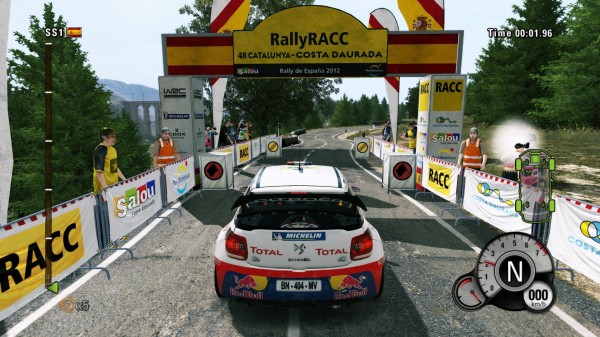 Gameplay:
WRC 3: FIA World Rally Championship is a very classic styled rally game. Its simple and straight forward for the most part, but painfully lacking anything that makes it special. It comes off as uninspired and pedestrian in all of its facets. But for the most die-hard rally fanatics that really would be enough.

The game features three main gameplay modes; WRC Experience, Road to Glory and Multiplayer. Each mode gives players the rally experience in a slightly different way. The WRC Experience is your standard exhibition type of mode which allows you to have your expect free play. They break up the WRC Experience mode into Single Stage, Single Rally and Championship. As you can imagine, Single Stage allows you to do just one quick race, Single Rally places you in a number of races and Championship places you into a championship tournament of races. It is all relatively straight forward and is definitely the best mode to practice on as there are no stakes to these races.

The Road to Glory mode is WRC 3’s main campaign mode which tasks you with participating in a variety of rally races across the globe as you work your way up to the much hyped ‘Ultimate Battle’. You create your driver and begin racing in order to build yourself up to become the best rally racer or something of that nature. It is all relatively simple but there is one fatal flaw in this mode – you are constantly forced to use different vehicles. Being forced to change vehicles ultimately prevents you from getting good with any of them. It is troublesome to say the least. The Road to Glory mode is of course the focal point of the game, being the campaign mode and all, but it feels shallow and tepid at best.

One of the main problems with this game is that every mode feels the same. Somehow they managed to make single player and multiplayer feel no different from one another. When playing the multiplayer mode you simply race alone and try to get the fastest time, you don’t see your opponents vehicles beyond an untouchable wire-frame that represents where your opponents are in the ‘race’. You feel just as alone as if you were playing single player. Now I know that this is common for rally games, but it really shouldn’t be, it makes the entire idea of multiplayer meaningless because an online leaderboard can do exactly the same thing without requiring you to wait in a lobby to have a race alone at the same time as other players racing alone with the only thing resembling company being the wire-frame of a car driving through you. It is just illogical and feels completely inconsequential. 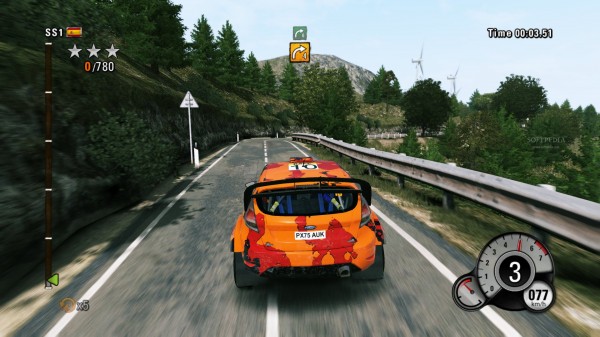 The control scheme in WRC 3 itself is quite alright, taking a few nods from the Forza franchise funnily enough. You can choose to play the game simply with one trigger and the control stick or you can go the full nine yards and use the whole shebang, but the most simplest control scheme is most likely going to be the choice of many.

WRC 3 does feature a plethora of vehicles and settings that are sure to excite most rally fans. There is a great deal of cars and locations to choose from, but it can feel like a lot of these blend together due to a significant lack of variety among the many vehicles and locales.

It is worth mentioning that the game experiences some rather severe lag during menu screens, often failing to register any input from the controller until repeatedly pressed. Other times it will simply load incredibly slowly or respond to your actions very slowly. This is even worse when playing online.

Besides that issue, the game’s greatest issue is easily its trouble determining when it should refresh the player in a race. You can drive slightly off the track and the game will white out and respawn you on the track. However if you have totalled your car and flipped upside down but remained on the track, it will not respawn you instead leaving you hung out to dry without a way to roll over. It does eventually realize your predicament in such a situation but not for at least 30 seconds of being stuck upside down. It is way too sensitive if you go off the beaten track even slightly and its way too insensitive to anything that happens on the track.

All in all WRC 3 is a disjointed game technically. One that doesn’t aspire to be much more than a simple ‘dime a dozen’ rally game. There isn’t anything special about this game, it doesn’t even seem like it really tries to be anything more than the lowest common denominator. 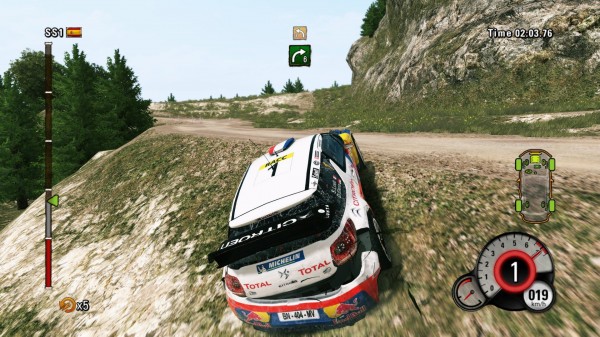 Visuals and Audio:
Aesthetically it must be said that WRC 3 does have some impressive visuals. The realism in the vehicle design and landscapes is remarkable. The lighting effects are mind blowing and there is a lot to take in as far as visuals go. Unfortunately as great as the game’s aesthetics may be, it features an incredibly lackluster soundtrack that leaves a lot left to be desired. Comprising of generic techno beats, WRC 3’s soundtrack is contrite to say the very least, but much like the rest of the game it is what one would traditionally expect from a rally game – its bland and meandering at best. 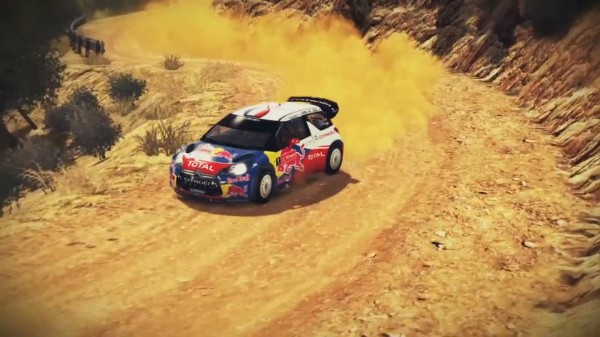 Overall:
WRC 3: FIA World Rally Championship is nothing special. It is a standard rally game that doesn’t break any new ground, but at the very same time it doesn’t make great use of the ground the genre has already covered. If you are a rally game fan, this is probably already on your radar. Just don’t expect it to blow you away as the game is underwhelming in every sense of the word. It has a number of issues and its positives are unremarkable by even the standards of the racing genre. This is simply not a very good game. Rally game fans will probably get a kick out of it though, even if they will tire of it very quickly. WRC 3: FIA World Rally Championship is a game best left to the hardcore fans and avoided by just about everyone else.