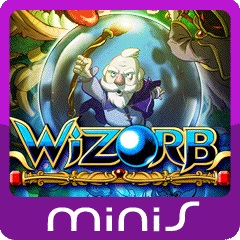 Brick breaking is a simple gaming art; pelt a ball at it, smash it, repeat until clear.  It’s one of the fundamental forefather’s of gaming and everybody knows how it works. Wizorb is a brick breaker with a bit of a twist, and after being released on pretty much every other platform going, has finally hit the Sony family, playable on PSP, PS3, and in this review, the Vita.

When it comes to games like Wizorb there are really only a few simple questions that need to be answered: Is the basic mechanic solid and sensible? Is the art style suitably intriguing? Can I accidentally spend five hours playing it whilst neglecting important everyday tasks?

Wizorb gladly answers yes to all three of these deep and meaningful questions when it comes to the brick and the bat. Developers Tribute Games have managed to get around the hitches of a heavily tried and tested formula by infusing the inherently simple gameplay with a dose of role playing and retro design. It’s a simple move that makes a mechanic  as old as the pixellated hills feel fresh and newly addictive.

Wizorb does have something of a minor tale to it, allowing the RPG elements to sneak in to the game. Cyrus is a wizard who must save the Kingdom of Gorudo  from slightly nasty monsters of various descriptions, and chooses to do so by transforming himself into an orb and bouncing himself around. There’s little in the way of storytelling but the simple set up is all Wizorb needs to net itself some valuable context . There is also a small town that allows you to get your restoration on by spending coins you gather whilst playing, which again adds some nice detail to Cyrus’ quest. 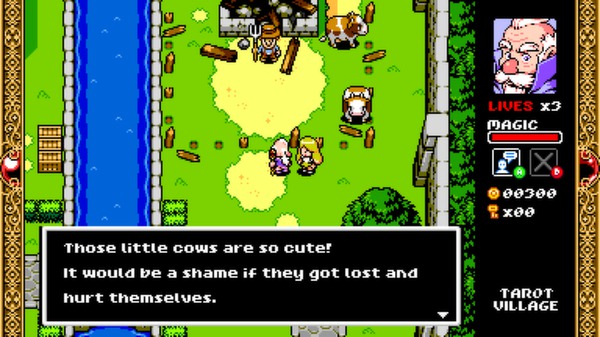 The main draw in Wizorb is obviously the brick breaking. Controls on the Vita are suitably tight and blissfully lacking in any motion input, so it’s incredibly easy to get going. The basic hit the brick, break the brick gameplay is supplemented by enemies, boss fights, and magical abilities, giving even more levels of strategy to play and a little bit of individuality and depth to the game. Brick breaking games are incredibly well worn but the additional elements on offer here hide the fact well – Wizorb marks the first time in ages that I’ve been even slightly addicted to a brick breaker.

Magical powers range from destructive fireballs to direct control of the ball, and are metered by a refillable magic gauge. The potions to refill it can often by scarce, so using magic powers is often a heavily loaded choice – they are kept finely balanced throughout the game. Various gold coins and gems rain down from broken bricks, and as well as rebuilding the aforementioned town you can also trade these goodies at shops hidden within levels. Breaking certain boxes and tripping switches can reveal hidden doors that hide vendors when bounced through, or even bonus levels to pick up more loot. 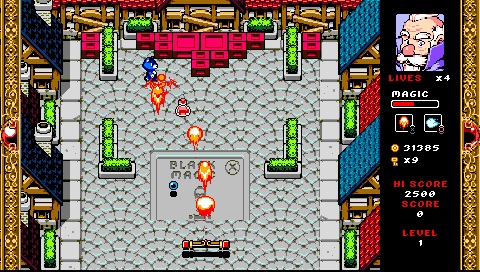 Although there’s little story going on these small touches lend Wizorb a real sense of character, and more often than not further levels of strategy. Mobile enemies add a little chaos to the mix, and the boss fights add a satisfying cap to the battle through levels. There is often some trial and error / real thought required to beat levels, especially when going for a no save and quit run to bag a high score.

There are over sixty levels to feed the addiction, divided into a handful of different styles to keep things fresh. Wizorb sits perfectly on the Vita, and despite having little re-playability it is a steal for the current price – it is a Mini after all.

Bright bit style visuals and audio make Wizorb a charming wee package. The whole thing feels like a lovely little Game Boy Colour game, with plenty of bright colours and suitably chirpy fantasy trope music. The level design is smart and evolves through a few different styles, and although it’s definitely doing its best to distract you with everything on screen it’s not in a nasty, badly designed way. The interface is clear and simple, and there’s little more you could want from the visuals.

Some of the tunes may get a little repetitive if you’re playing for long periods, but they also have the tendency to pull you into a weird Wizorb stupor where the only thing your brain can possibly think of is playing the game.

Wizorb is a great little game with solid mechanics,  a charming design and a sneaky tendency to take away lots of your time. Tick, tick, tick. The RPG twist makes a tried and tested gameplay mechanic a little fresher than it used to be, and the low price will keep your wallet happy. If you’re looking for a sweet little distraction for the Vita you can do little wrong here.