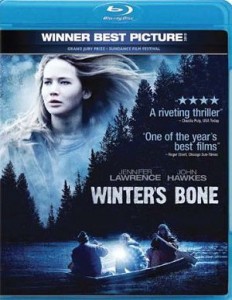 Based on the 2006 novel with the same name, Winter’s Bone originally saw an independent american release in 2010, playing at various festivals and winning many awards, ranging from the Grand Jury Prize and Waldo Salt Screenwriting Award at last year’s Sundance Film Festival, and being nominated for four academy awards: Best Actress (Jennifer Lawrence), Best Picture, Best Adapted Screenplay and Best Supporting Actor (John Hawkes). It’s been over a year since the film saw it’s original premiere, but now Australians have been graced with Winter’s Bone now receiving a release on Blu-Ray and DVD. So now us Aussies can see what the heck all the fuss has been about! 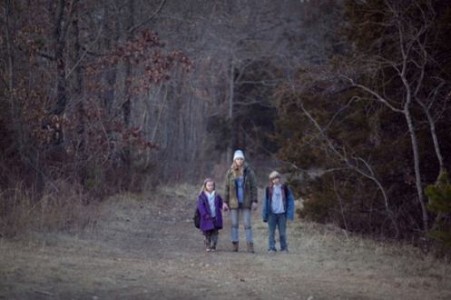 Winter’s Bone follows 17 year old Ree Dolly (Jennifer Lawrence), who lives with her father, her catatonic mother, and her little brother and sister in Missouri’s Ozark Highlands; a rural town by the woods run by the underworld of illegal methamphetamine labs. When Ree’s father mysteriously disappears, Ree is forced to care for her entire family by herself, and with the disappearence of her father leading to him missing a day in court, she is informed they will loose their house unless he shows up for his case. Ree goes in search for her father, introducing us to a very gritty and realistic town run by drugs and violence, and some bizzare but believeable range of characters. The plot throws us into a world Im sure many of us will not find familar, and the rural, foresty setting is refreshing from the typical urban or fantasy setting most commonly seen in films these days. Uncovering the mystery behind her  father’s dissapearence takes many twists and turns and becomes more and more interesting as the film goes on, and manages to evolve throughout, much like the character development, making the viewer more and more attached. Admittidly in the begining I felt slightly apathetic towards the plot and many of the characters, but as the film continues I found myself caring more and becoming emotionally attached to characters. It’s things like this which leave a lasting impression on an audience, seperating Winter’s Bone from a lot of the crap in the film industry these days, as it does make you feel a variety of emotions. 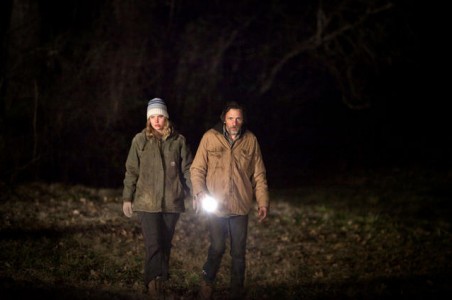 Honestly I wasn’t too impressed or blown away by the opening scene, with a quite dull, unsensationalised introduction to the characters and plot, but that was quick to change.Ree finds herself with some quite aggressive and uncivilized individuals placing her in quite unexpected and threatening situations. Sure many films do this, but what makes this so special in Winter’s Bone is the combination of direction and great acting and dialouge is how it effects the viewer and makes the viewer connect with it’s characters. For example, in the begining Ree appears quite dull, she doesn’t show much expression and seems quite quiet. However in different situations we get to see different sides of her physology which takes a different spin on your perception of who she is. Wheather if it’s her crying while reaching out to her catatonic mother, standing strong and brave against adult drug dealers physically abusing her to the point of near death, or being firm and assertive while teaching and raising her younger siblings, you see a depth to Ree that’s not as simple as most protagonists in films these days. Another noteworthy mention is the character Teardrop (John Hawkes) he is a really interesting character that really grabs your attention during his screen time. 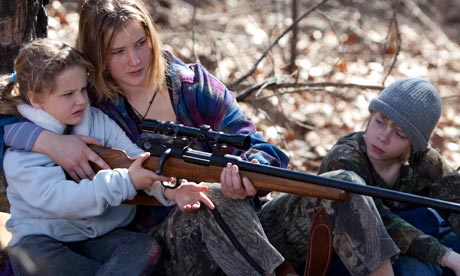 Winter’s Bone tackles a variety of deep themes ranging from the importance of family, self-sufficiency, patriarchy, poverty and drug abuse, and deals with them well. Drugs are taken and used often like its no big deal, because the entire community is more or less based on drugs, and their not sensationalised or given any bias like you’d normally expect in a Hollywood film, they just exist and stand as a fact of everyday life. There are a few one-liners in the dialogue that stand out as odd at first such as “Here’s a doobie for your walk”, “Talking just causes witnesses, and we don’t want any of those” and “I shut up once already with your mouth” which would normally make you chuckle in a film, but they don’t seem funny or out of place in Winter’s Bone as the community has already been established as a violent ‘might makes right’, drug dependent town. Throughout the entire film, everything feels so grounded and realistic, from the conversations to the acting, and director Debra Granik has presented it in such a way that allows you to believe it and feel involved throughout the experience. There’s no need for massive shoot outs and special effects, just great character development and a basic storyline to entertain the viewer. In fact this is further supported more so by the soundtrack. There is next to no score or music played throughout the entire film. It doesn’t grab you and get excited like it normally would in an action flick, but this choice makes it feel even more solid and realistic. Hell even the way the town is presented, the costumes worn by the actors and the choice of cast is believable. There aren’t pretty boy hollywood stars with plastic surgical chins, cheeks or boobs; many of these people seem like ones you could meet on the street. Without spoiling anything, the entire film isn’t so happy, including its ending. In fact it’s kinda depressing to think that societies in this day and age are like this to a point its almost barbaric. But that’s how life is, and most likely the point of Winter’s Bone. 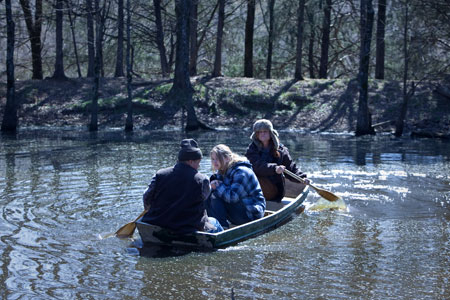 Winter’s Bone is what it is: a really great film. There’s none of that fake hollywood heroes, happily ever after, or easy-to-predict settings, characters or events, and that’s why its so great. The entire movie feels so realistic from the complex characters, the lack of a soundtrack, great acting, the themes and the way everything is directed really makes you really believe in these characters and setting, and the use of having a plot with so many twists and turns really draws in the audience. I’d argue that perhaps at times it’s too realistic, and perhaps my adolescent mind on occasion would’ve liked a car chase or a fight scene here and there, but that’d ruin the point of Winter’s Bone. While this film may not be everyone’s usual cup of tea, you can’t deny that Winter’s Bone is a superb film that really encourages it’s audience to experience it rather than simply watch it.