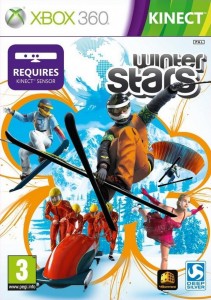 Overview:
If you’re like me you’ll only get into the Winter sports once every four years with the Winter Olympic Games. Or, if you’re lucky enough to go on a skiing holiday, you’ll probably have a fair amount of interest in the world of snowy sports for a short time before, during and afterwards. I’m not saying sports like skiing, bobsledding and snowboarding don’t have a following, but I imagine it’s comparatively smaller than that of the likes of football, especially for us countries that don’t natively have snow or mountains.

Which is why it strikes me as odd that the developers have gone down a serious route in favour of an arcade bash for the inexperienced majority. Winter Stars isn’t a simulation, but its complicated controls, sombre perspective on the sports and straight-faced story mean it’s not far off. 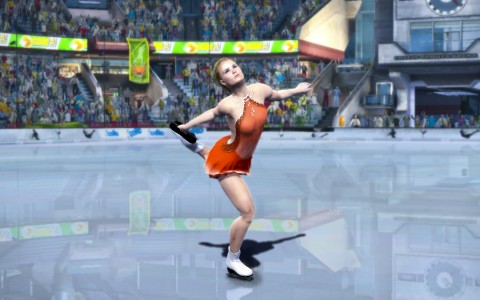 Story:
Upon booting the game up for the first time you are presented with a short playable scene where you witness Jake Ortis’ horrible skiing accident. It’s surprising how much more impact this has by having you playing at the time of the accident as opposed to just looking on. In this sense it starts how it means to go on, showing that the coming playtime could be a bit bleak when compared to the cheery, kiddy Kinect game you had in mind.

Keen to get back into competing after his accident, Jake Ortis forms the ‘Winter Stars’, a sponsor-less, coach-less team of athletes that make up for it through their passion and ability in their respective sports disciplines. This lays the foundations for the career mode, which sees you guide your team through a large number of made-up cups and competitions by placing in the necessary positions for each individual event. You always compete against three other teams in each event to earn gold, silver or bronze medals. Points are earned based on your position in the event (with zero points for a fourth place finish) which add to your overall tally, determining whether you qualify for the next competition. 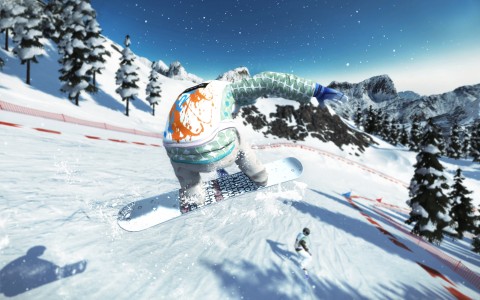 From the start, only four events are available – Bobsled, Biathlon, Figure Skating and Downhill Skiing – with the other events gradually introduced over the course of career mode to make up a total of 11 events. The other events are as follows: Ski Freeride, Ski Flying, Paraskiing, Short Track, Curling, Snowboard Cross, Snowmobile. You will notice there are a number of skiing events, although these all manage to be completely different activities in their own right and, overall, Winter Stars manages a sufficient amount of variation through its events.

However, although it’s acceptable for it to hold back all but four events in the career mode to start with, this has the adverse effect of locking off everything but these four events for other modes. This is one of my all-time bugbears in games and I really dislike it when the developers prohibit a large portion of the game from the off; it feels as if you aren’t being given your money’s worth if most of the game needs unlocking. As you can imagine, the initial lack of modes puts a damper on the so-called ‘addictive multiplayer’ announced on the box. Picture the scene: it’s Christmas day, someone’s bought you Winter Stars and they’re as eager to try out your gift as you are. In this situation you aren’t going to want to spend hours unlocking events in order to have something to play, meaning the initially sparse choice makes their purchase appear far smaller than it actually is.

Ice skating, skiing and snowboarding aren’t as easy as they look, and I found the simpler events like downhill skiing, ski flying and the shooting part of the biathlon were much easier to control and, consequently, more fun. For sports with such intricate techniques as those over snow and ice, you would expect some teething problems with the controls. Still, although you can appreciate the creators had a tough time with it, it must be said Winter Stars doesn’t handle well, with some events basically uncontrollable. There is a solution to this, although it does create a dilemma of its own. 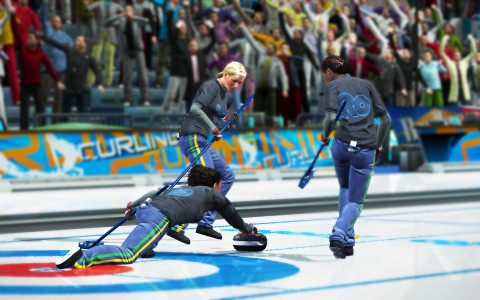 As well as the normal control scheme, the game gives the option to switch the controls to ‘family mode’. As the name suggests, this simplifies the controls and increases the degree of auto-assist to cater for young, inexperienced players. This may serve its purpose for younger players, but those struggling with the unreliability of some of the proper control schemes could be tempted to use it as well. This leaves players between a rock and a hard place. The standard controls for many events are too complicated to work, but family mode turns the game into something so automated you watch, not play. For anyone who’s seen the hilarious video of a gamer staying stock-still while Kinect Joy Ride does the driving for him, the situation in Winter Stars with family mode is much the same. You have little input, especially on the steering; I was able to stand perfectly still for a downhill skiing event and still come first.

Visuals & Audio:
Although the visuals were never going to capture the breathtaking natural beauty of mountain ranges, the expansive environments create the illusion of a world around you. Winter Stars, puzzlingly, went the serious route. It doesn’t brush over things with arcade fun, instead showing the darker side of the sporting world with a sense of danger in some events, with collisions and crashes, or a disappointed female sobbing over a poor performance in the figure skating. You even earn experience points improve talents, or weirder still, upgrade equipments Need For Speed-style to make your Bobsled go faster. 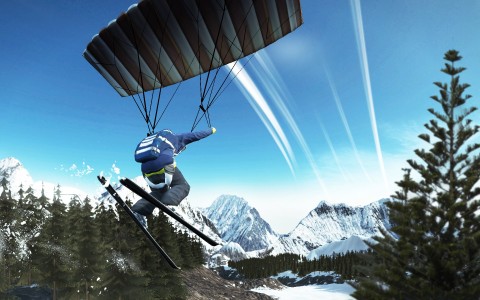 The developers’ vision for realism ends with the graphics for people, though. Humans look slightly alien in appearance and although their lip movements match the audio, the voice work itself is poor. The voice acting is unconvincing and the tone of conversation often feels stilted.

Overall:
Just as the key to a good ski jump or nailing a figure skating spin is the approach, whether 49Games got a face full of snow or emerged with dignity rested on their approach to a Winter Sports compilation. Sadly, their choice of a more serious direction, I feel, was an error in judgement. Complicated controls, an actual plot and customisable specialist gear don’t necessarily make it any more appealing to the skiing enthusiast, but serve to alienate the casual player. There’s plenty to work through in career mode given most of the game is closed off at first, but the fiddly handling of some events requires the patience of a saint to master, and even then you may struggle. Simplify the controls using family mode and you’re barely playing.