My first encounter with Where the Water Tastes Like Wine was stumbling on a piece of news saying how Sting is lending his voice there to a humanoid wolf. Celebrities lending their vocal cords (how’s that for a mental image?) isn’t anything new, although I find Sting’s soothing yet intimidating voice perfect for this. Exactly how I’d imagine a talking wolf. After more research, the descriptions of the game in various articles and press releases still didn’t tell me much. You travel all over the USA, listen & tell stories to others but what’s the catch? Well, this is where I come in. After playing a lot of it this week, I can tell you that I fell in love with the game and its atmosphere. So grab a cup of something warm, sit down and let me tell you why this game is something definitely worthy of your attention (and the purchase).

The story finds you, a weary traveler, in a lantern-lit room playing cards with other gamblers. Eventually, as the stakes get higher, the playing party dwindles down to you and the said wolf. You shamefully lose and instead of taking your soul or your clothes (this option would just derail the game into a Japanese visual novel), the menacing wolf condemns you to travel all over the USA. In these travels, you’ll meet folks from all backgrounds, hear their stories, share the stories you picked up along the way and tell them all to the wolf in order to repay your debt. A rather unusual and overly complicated way to repay a debt. The game is bound to have a weird plot for to go in line with an already unusual gameplay, as we will find out next. 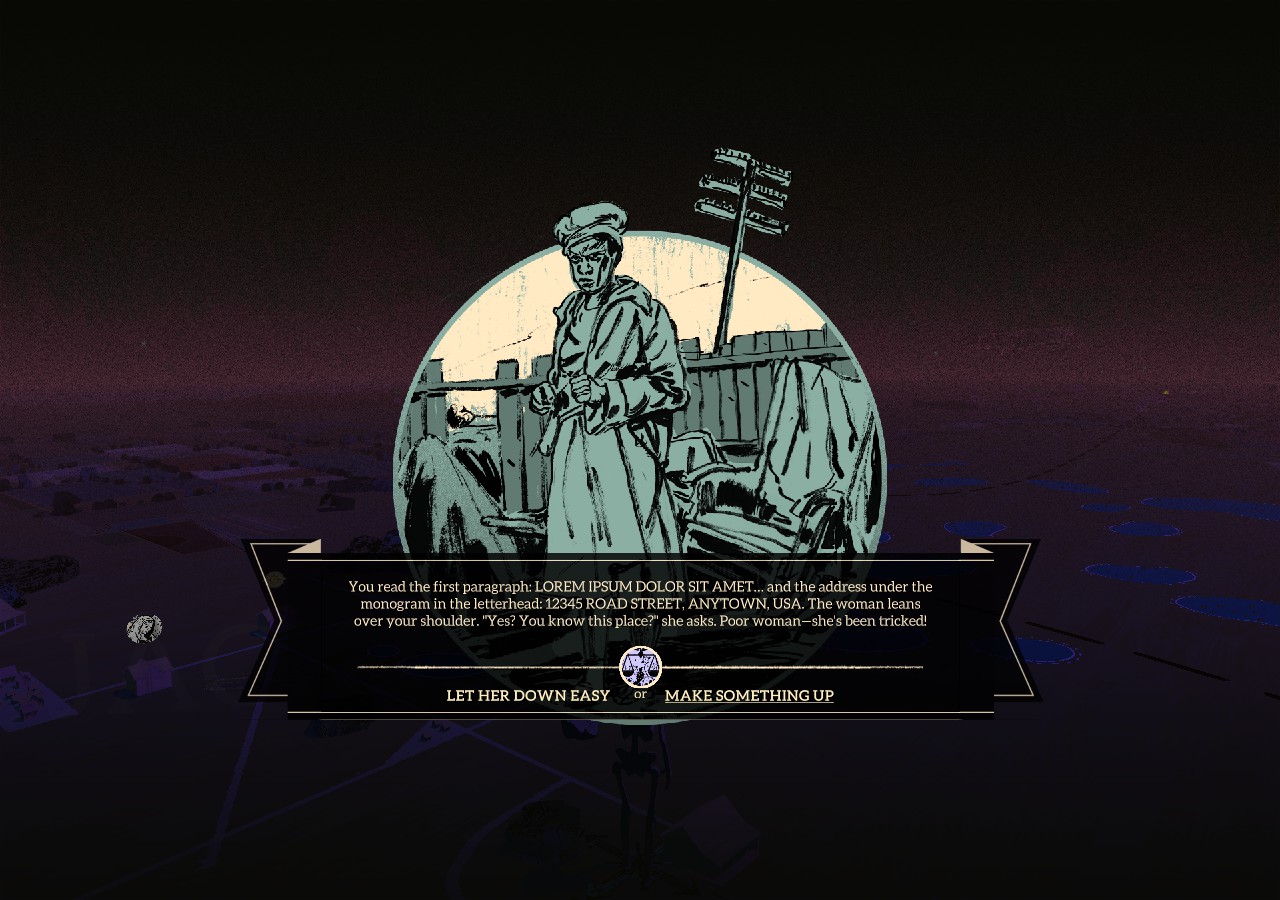 Where the Water Tastes Like Wine combines 2D visuals with a 3D overworld USA map. You walk across the 3D map of USA (think of those CIV V tiles but with cities and camps you can enter), meet a lot of hobos, orphans, and poor families. The game is set during the Great Depression so you won’t find many of the wealthy people on your travels. You find new stories on the outskirts of the big cities, in state capitals (where you can also find work to earn some extra dosh) and in bonfire camps. These bonfires are where you’ll meet one of the 16 unique characters throughout the game and listen to their tales. They will also ask for a story in a return, either something funny or sad or exciting. This is where all those stories you picked up before play their parts. By paying attention to what they’re interested in and telling the right stuff, they’ll open up a bit more about their lives before leaving elsewhere. If you did everything right, you’ll be shown the next state you can find them and eventually hear the rest of their stories. 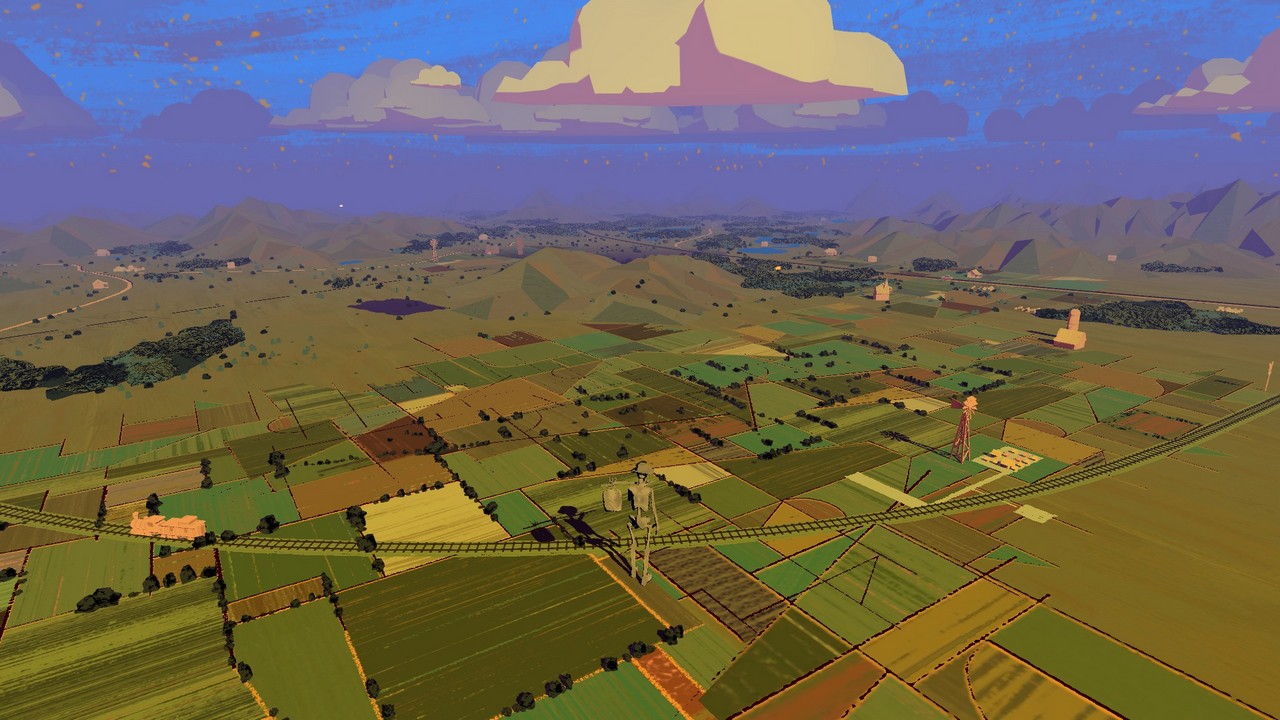 Now, this whole aspect of the game is a hit and a miss. The story vignettes and their art is nothing short of amazing. Beautifully drawn, lots of details and perfectly compliments the industrial and poverty-ridden USA. The 3D part of the game is another thing. Most of the time, it looks like above average Unity store asset. A 3D map that is visually similar to 2D vignettes would do wonders. This way, it just creates a glaring disconnection and makes for an abrupt transition between these two styles. For what it’s worth, the day/night cycle and living scenery as you move across the map are done rather well. 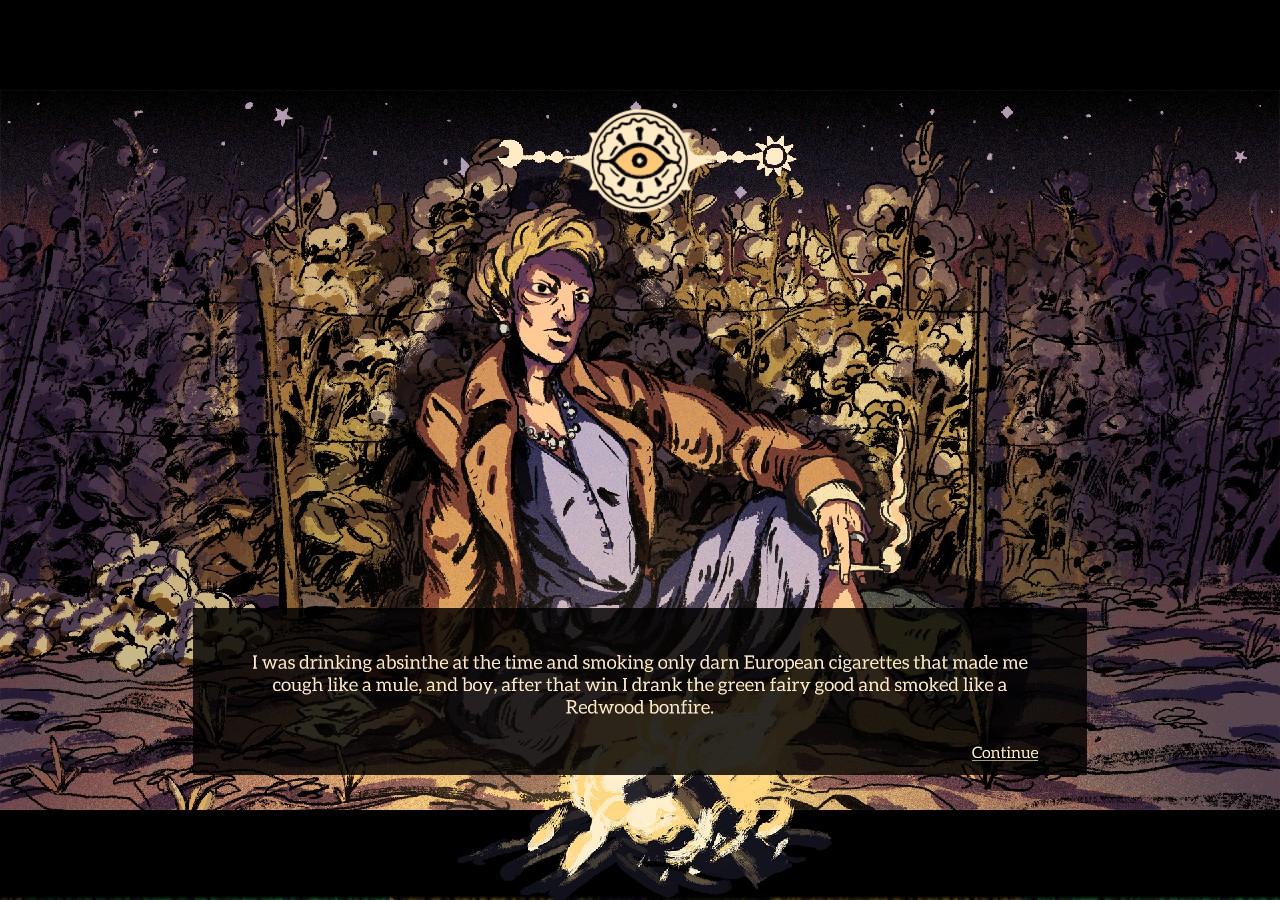 Not to say that Sting is the only strong name in the cast, the rest of the cast for Where the Water Tastes Like Wine is pretty impressive. This includes  Melissa Hutchison (Clementine in The Walking Dead games), Dave Fennoy (Lee Everett in The Walking Dead games), Kimberly Brooks (Ashley Williams in Mass Effect), Cissy Jones (Delilah in Firewatch, and Joyce in Life is Strange), and Elizabeth Maxwell (RWBY). What does all of that amount to? The most memorable voice acting I’ve experienced in games lately. Every character you meet on your travels has that extra something in their tone. For some, you can almost feel how their spirit is broken as they talk. In any case, the voices in the game perfectly compliment the visuals of the character drawings. It’s not a small feat when you see a character, hear them talk and immediately think “yep, that’s exactly the voice that goes with that face”. 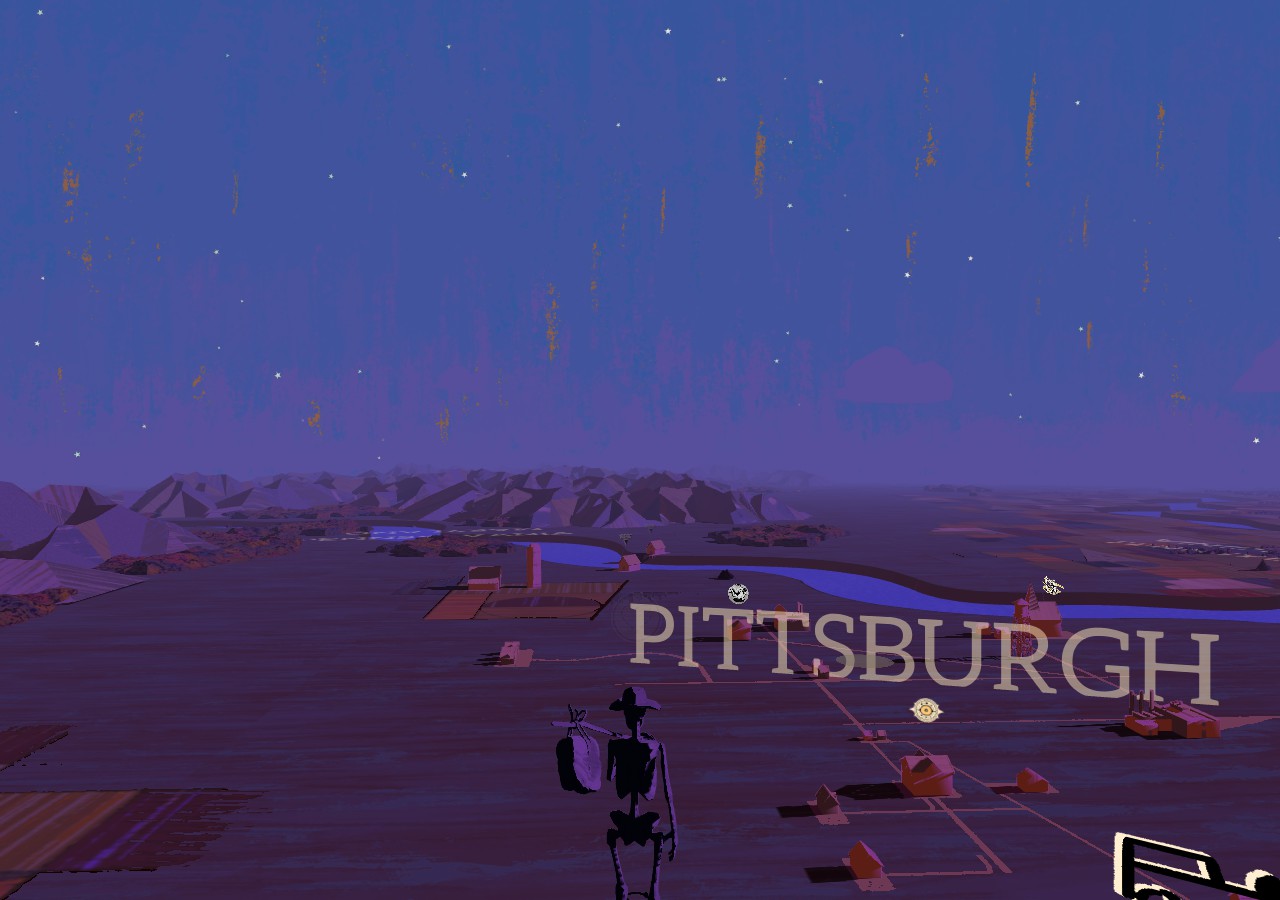 Where the Water Tastes Like Wine is an interesting experiment, to say the least. Most importantly, it is an experiment that ended up working just right. While I didn’t like the uninspiring direction in the 3D section of the game, the atmosphere, the voice acting and vivid characters from the struggling period of USA make up for everything. As far as I’m concerned, Where the Water Tastes Like Wine turned out to be one of the most pleasant indie surprises in 2018.

A unique approach to storytelling, coupled with some stellar voice acting and gorgeous art.
8