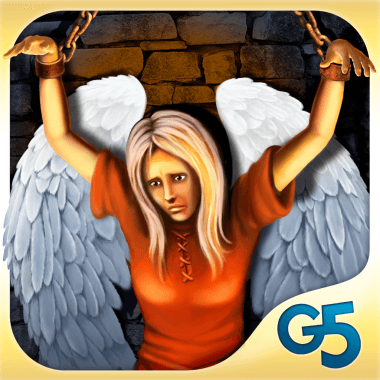 Monks, Murder and Mystery! If you just got a little bit excited then please read on because Where Angels Cry, a new iOS game sporting a classic feel like a lot of point and click adventures, has all that and a whole lot more. 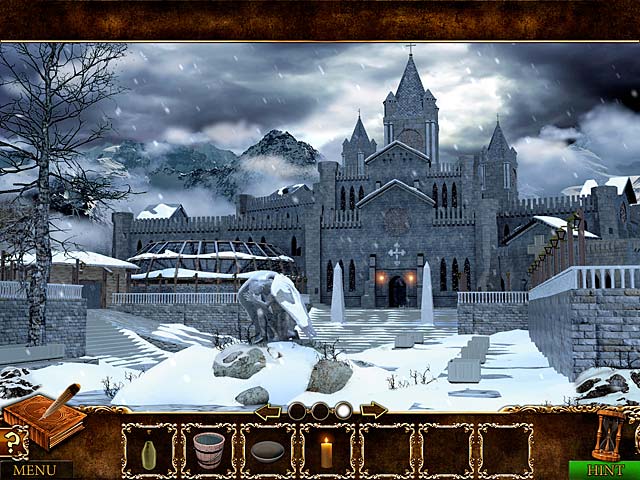 You are a monk on a mission to discover the secrets that surround a mysterious monastery somewhere deep in the Alps, you are sent to investigate the murder of a fellow brother, Brother John, and the mystery behind the statue in the courtyard that seems to weep blood. I have to say this game felt somewhat story driven, you meet few characters who give you little bits of information that, at first don’t entirely tell you a lot but seem to come together into something bigger much later. I do have to say the story started off a bit slow and was actually fairly boring but I can understand why; you start off (in character) having to fit in as the new guy in town/monastery and must to get everyone to trust you which leads to you doing mundane things like taking care of a horse or making soup, kind of really, really boring. I found myself uninterested in what comes about throughout the game, it just seemed underwhelming and a tad generic; monastery with plenty of secrets, hidden doors, suspicious figures and a butt-load of satanic symbols just seems so” Tom Hanks in The DaVinci Code” and I really wasn’t into it, that’s why I said “somewhat story driven”because it boasts a deep story and It would have been enjoyable had that “deep story” not been done a thousand times. 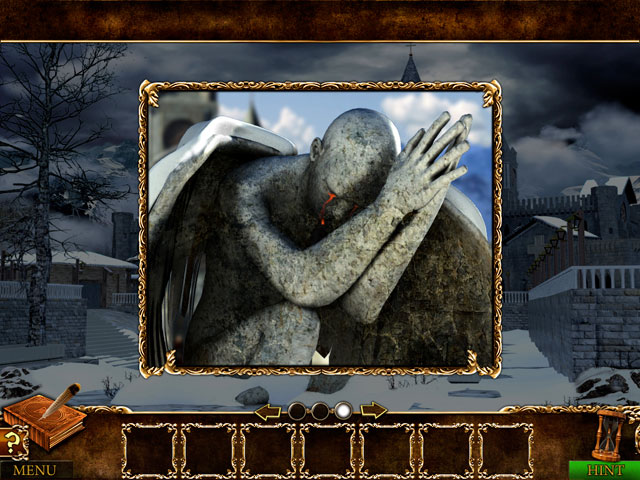 Pretty much the best thing about this game is the visuals. Each area that you go through is possibly more beautiful than the last. You see a lot of the same area twice or three times but at different times and during varied weather and it really doesn’t get boring or overdone, it makes you feel like you’ve been at this place for a very, very long time. Like you’re trapped. The backdrops are extremely detailed and look almost real, the digital paintings that were used are truly incredible and you can see the effort the developers have put into this aspect of the game. The characters also look quite good yet not as good as the rest of the visuals. There are few scenes in between chapters where the characters or character is animated using a CGI style which I think was a nice addition but mostly unneeded within a game like this. 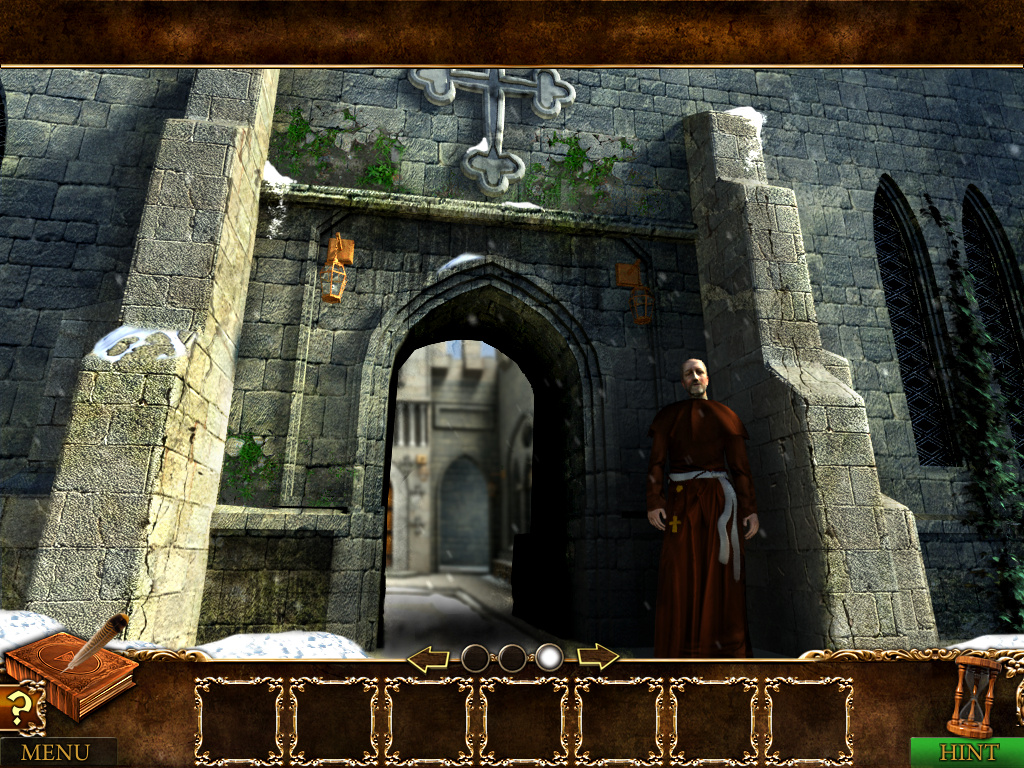 The music in this game suited the setting, it truly did, though it seemed forgettable – possibly because of how normal is was for what it was – I expected the music to be something like what it was; whimsical, dark, creeping and it was exactly that, maybe that’s why it was forgettable because it was too easily anticipated for that game though considering I have not one suggestion as to what they could’ve done to make the music better I’m going to chalk it up as it being a pro instead of a con. I think that’s fair. Now onto the voice acting, it was severely hit and miss. Every second character had an overacted, somewhat-Italian accent that just annoyed me, I found myself turning the sound off when having to talk to people just so I could strictly read the dialogue instead of hearing it, but on the other hand some character were voice-acted well, well enough to not annoy the hell out of me which is a great big plus! 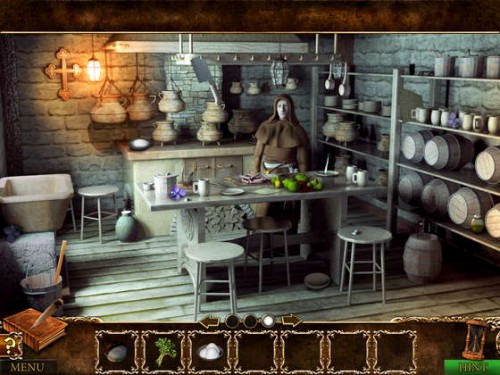 The gameplay is simple, really simple; you’re put in a room with certain things to look for that will help you reach other rooms so you can look for things that will help you get to other rooms and so on and so forth all the while picking up little things here and there that will help you kind of figure out what’s going on. It’s a simple point and click, puzzle, adventure that you really can’t fault if you’re a fan of that kind of thing. It allows for different levels of gamers to pick up and play; you have casual, hard and extreme, I played on casual and throughout casual the game will give you a bunch of hints like flashing lights and notifications as well as a help button that has unlimited uses although you have to let it recharge with time afterwards, you can even skip through mini games and really you can easily glide through this entire game with hints and skips along the way if you’re not a big puzzle buff. On the other side of the coin you can play extreme mode where, basically, you’re all on your own, buddy, so if you’re stuck; deal with it! The puzzles aren’t really anything to be afraid of or intimidated by, they’re all kind of self-explanatory and fairly easy with a little bit of thinking. 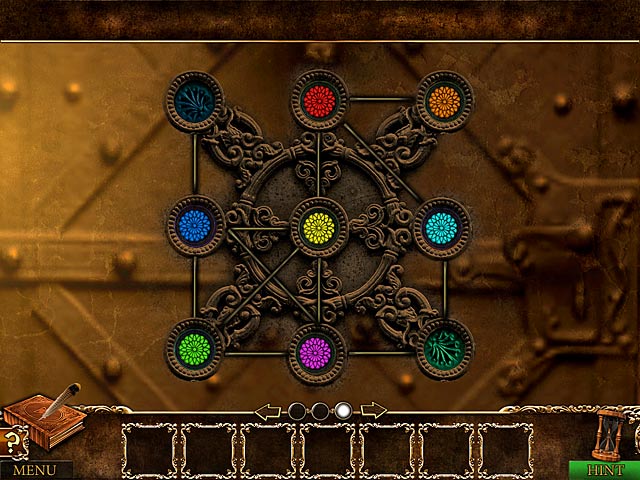 Like a lot of these types of games; if you’re a fan of the genre and game type you will love it, if you like to play new games with unique stories and hooks; this game isn’t for you. I try to review everything from different points of views and I’ve done this the same way. Get this game if you’re a big lover of situational puzzlers and a problem solver because you’ll love it though avoid it if this isn’t for you because it can get frustrating and you tend to hate it more than you really should. Definitely DON’T get this for story, just trust me on that.