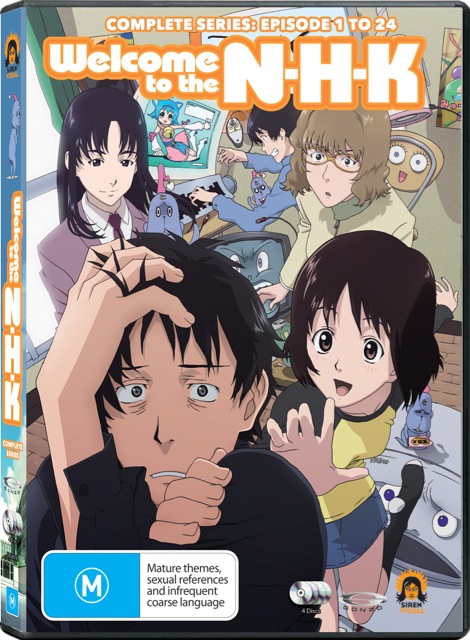 Overview:
There is a cultural phenomenom in Japan known as Hikkikimori or Recluse. It refers to the growing number of young people in Japan who have secluded themselves from society for one reason or another and prefer the warm comfort of their home, only leaving in extreme circumstances. Welcome to the NHK, takes a bold look at the not often spoken of Hikkikimori syndrome and fearlessly explores the life and psyche of a Hikkikimori and sheds light on the brutal reality of reclusive life. 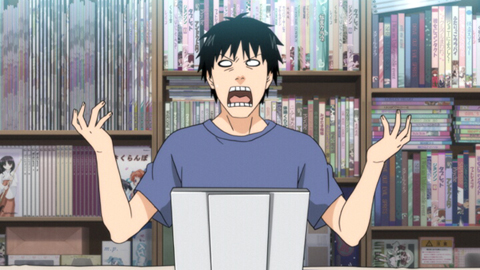 Story:
Welcome to the NHK, tells the story of Tatsuhiro Satou, a recluse living off his parent’s allowance in his unkempt apartment. The idea may leave you wondering how a whole 24 episodes can be squeezed out of this and I’ll admit, I certainly was. But the way NHK goes about telling this story is both brutally honest, heart-breakingly human and most of all intelligent.

Over the course of 24 episodes, we grow to understand Satou, as both a Hikkikimori and as a human in general. He is a man with anxiety, fears, depression and yet through a faint glimmer – hope.

It’s rare to come across a story told with such honest humanity, that to miss NHK would be to miss a story-telling experience. It is without a doubt one of the most true, fiction stories of the past decade. I don’t think I will be forgetting NHK any time soon. 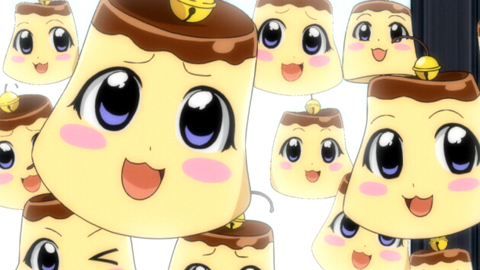 Characters:
With such a brilliant and colourful cast of characters, NHK weaves in and out of each characters mind spill some of it onto our screens for us to see. The characters are each so beautifully crafted it is simply quite an achievement.

I personally found myself deeply engrossed in the happenings of each characters daily lives and feel that each had a satisfying conclusion to their individual storylines. Although they may not have completely changed since the start of the series, that isn’t what signifies their growth over the series. It is the fact that the series ends with a sense of hope for each character. Although they may not have changed their ways too drastically, they definitely are steering towards a brighter future.

The hopes, dreams, sadness, joy and most of all humanity, is what I will remember about these characters. I felt and cared deeply about what happened to them along the length of the series and that is what has resonated with me since watching.

Artwork:
The animation and artstyle are composed superbly and suit the series perfectly. The backgrounds are crafted with such intense detail, to the point that the world is at points more refined than the characters themselves. But this is what works for NHK. It is that contrast between the detailed perfectly crafted world and the ill-defined character models that provide a magnificent juxtaposition for what this series is about.

The animation was well composed, with some truly beautiful imagery, such as Satou running through snow towards Misaki in the final episode (a moment that will stay with me for a long time). Overall a superb job by the art studio. 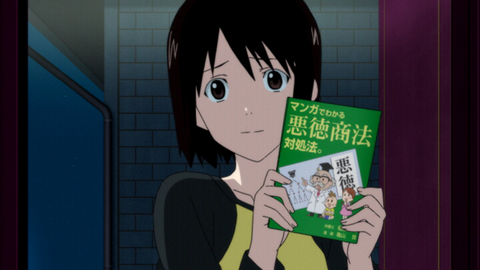 Audio:
Without a doubt one of the best parts of this series is it’s beautiful soundtrack. NHK’s soundtrack oozes melancholy and hope. Without the soundtrack so many scenes would not hold the same emotional weight or mood. When a soundtrack’s omission could alter the entire mood and atmosphere of a series you know it has succeeded.

The opening theme is instantly memorable and the endings are each good in the own right. However like most ending themes do not break into the echelon of greatness. That’s not to say it’s not good, it is, but it’s just not something you’re going to remember this series for.

The voice work is great on both audio tracks, however I preferred the English track over the original Japanese, for no real reason other than I find it easier. The standout voice performance is easily, Chris Patton as Tatsuhiro Satou. As Satou he captures, both the characters sadness and gleeful insanity. I can not picture any other actor playing it as well as Patton. 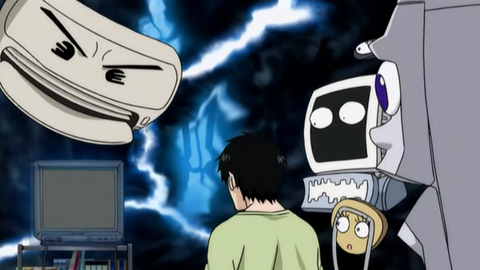 Special Features:
As usual with Siren Visual releases there is little to no special features. This is a constant problem with all Siren releases and it has become a recurring statement in reviews of Siren products. However it is something must be said. As usual you have a slipcase cover, which admittedly is nicer the average slipcase and is quite visually pleasing. Also we have noitaminA DVD trailers which is not really worth a look unless you are interested in purchasing them.

In general it would just be a much nicer experience with Siren DVD’s if we could recieve more special features, such as interviews or something of the like. I must however comment that this is in my opinion Siren’s best release to date.

Conclusion:
Welcome to the NHK is a series that will be remembered many years from now for what it has accomplished. Whether it is a show for everyone is a different matter. Because it is simply not for everyone. If you do not fancy, deep psychological introspection or surreal imagery or brutally truthful story-telling this is not for you at all. However if you are that way inclined, what are you waiting for? Welcome to the NHK is one of the best anime series to come out of the last decade and anyone who calls themselves an anime fan can’t truly do so without giving this show a go.

Therefore I give Welcome to the NHK Complete Series: