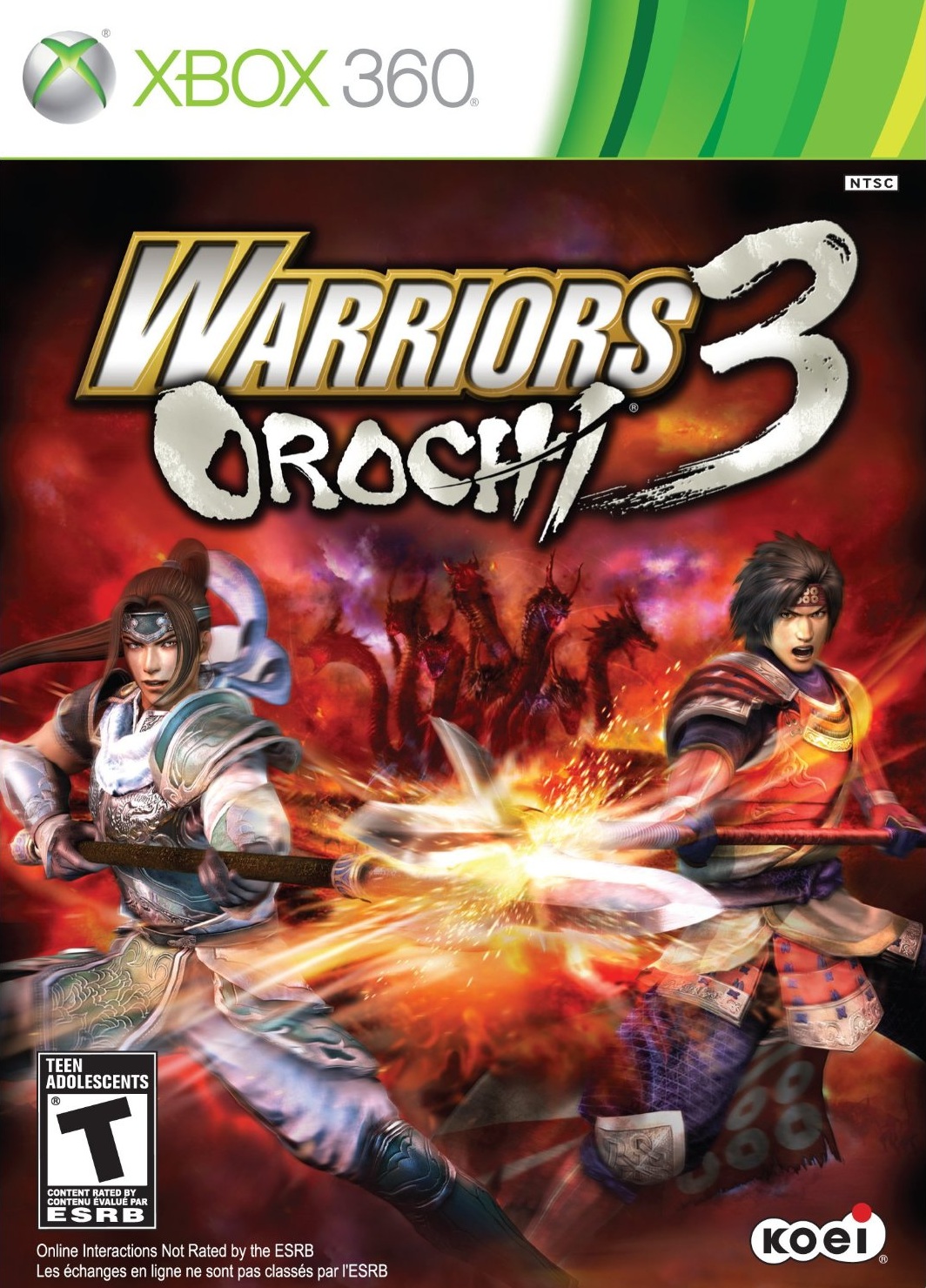 Overview:
Occasionally in the video game world developers choose to combine their franchises together in a mash up of universes. Sometimes this happens with two different developers working together in collaboration with one another, other times it is one developer taking multiple franchises and putting them together. That is exactly what Tecmo Koei has done with Warriors Orochi 3, as it takes characters from nearly all of their franchises and puts them together in one game, offering what may be the ultimate Warriors styled game we’ve ever seen.

Story:
While many people can easily guess the beginning to a Warrior styled game depending on which franchise they are playing, Warriors Orochi 3 provides something new right out of the gate. A gigantic Hydra has appeared in the world, shattering the timeline and hunting down every single warrior who may stand against it. 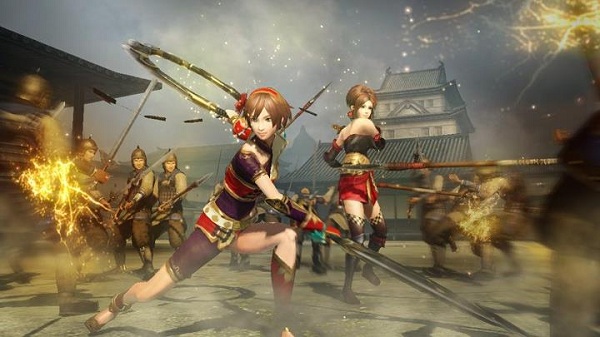 Players enter a world that is nearly destroyed by the Hydra, where only three generals are left alive and attempting a last ditch effort to slay the Hydra before it wipes out the last of the resistance and destroys the world. Struggling against the might of an overpowering foe these three generals face their doom; however a brand new character named Kaguya freezes time in an effort to save their lives and set them on the path to defeat the Hydra and its forces.

You see, Kaguya has the ability to travel through time and she has tasked the last three generals with going back in time to revisit battles and save warriors who have died in the past, so that they may help in the future battle against the Hydra. With the ability to travel through time and change the past, warriors from every nation and even new fighters must join forces to slay the Hydra and stay alive… are you up to the task?

Perhaps one of the biggest complaints that will arise whenever someone plays a game like Dynasty Warriors or Samurai Warriors is that the overall storyline will still be the same, as both of those franchises draw from a historic period in, the Romance of the Three Kingdoms and the Sengoku period respectively. As such this can sometimes make for some repetitive storytelling as fans play each consecutive title. 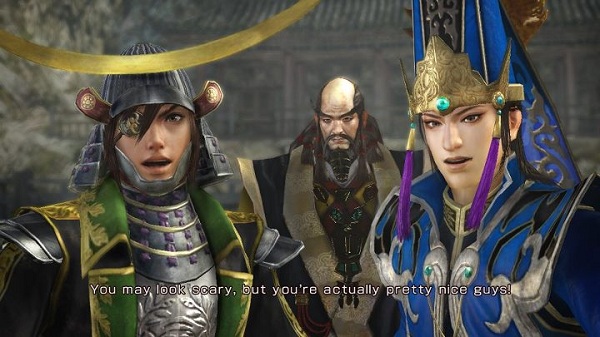 However those who have that mindset when they look at Warriors Orochi 3 will instantly have it shattered as this title offers not only a brand new storyline that bears no resemblance to anything fans of Tecmo Koei’s Warrior titles have seen before. While the game may still offer literally over a hundred people to play as, many of them are ones we have seen before but this is for the best as not only do fans experience a brand new plotline with these characters as they face off against their own destruction. This unique story offers quite an enjoyable experience, especially for longtime fans of the series.

Audio & Visual:
In an effort to please fans and make sure that the game would still be released overseas, Tecmo Koei chose not to include English voice acting, meaning that the only voice track available is the Japanese voice track. The decision to not include the English voice acting actually does the game a bit of a favor as most fans appreciate the original Japanese cast. This does however mean that you will need to play close attention to any text that is shown off to understand what is being said, and with the action being as heavy as it is at times, it is easy to miss what is being said. 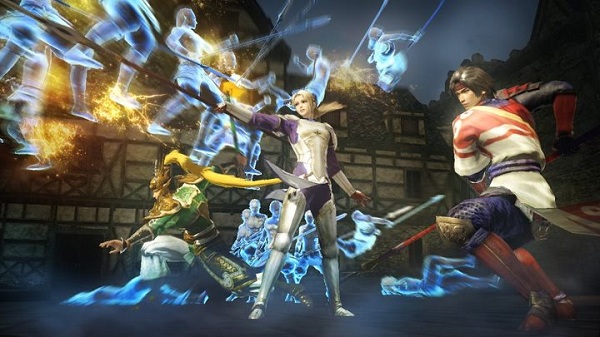 The game itself looks about as well as you can expect, with relatively impressive character designs, especially on the newly added characters. Enemies are poorly varied however, especially basic enemy generals as they all feature the same type of appearance that can grow tiresome after a short period of time. On the other hand, all of the Musou attacks are impressive and powerful looking.

Gameplay:
As always the bulk of the time players spend playing the game will feature their characters slashing through hundreds of enemies, sometimes even thousands, as they complete various objectives and finish battles. This core mechanic goes relatively unchanged, though players can now choose from three different characters that they want to bring into battle at any given time.

These three fighters can be switched between in battle and each of them has their own separate Musou gauge and Health gauge which is fortuitous in difficult encounters. This includes the ability to use a “True Triple Attack” that features all three warriors entering the battle at once to attack nearby enemies and deal out massive damage to enemy generals.

Another interesting and highly enjoyable mechanic is the ability to shift between fighters in the middle of a combo attack, allowing players to literally switch between all three fighters multiple times, unleashing an onslaught of various attacks that will slay everything in your way in what has to be the most satisfying hack and slash action I’ve ever experienced in a Warriors title. 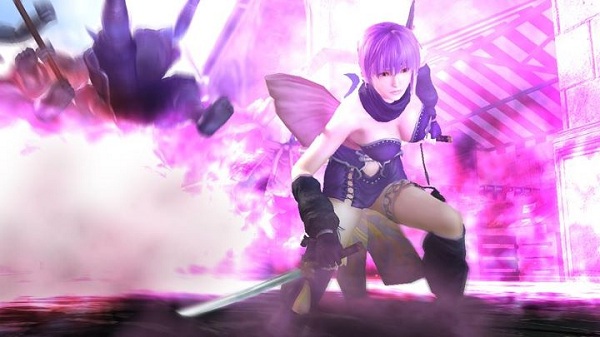 As players experience the story mode they will enter into a base camp, or hub area where they can purchase new weaponry or fuse weapons together to create more powerful armaments. In this base camp you can also speak with other heroes you have rescued and increase your bonds with them which can sometimes unlock special missions or allow you to even hold a banquet to raise your bond level with fellow fighters. In this area you will also find the stage select screen where you can select what battle to enter into next.

Each battle you fight against can either be a side-battle or a main mission which will help drive the story along. As you battle through these missions you will unlock more warriors that will help swell your ranks and offer you a chance to play as them in future battles. It is worth noting that there are also moments where you will see allied generals fall in battle, dying in a way you cannot avoid.

However in a game where time is a road that goes both ways, players can unlock battles that occurred before said battle, and offer a way to change that future battle. This creates a “Redux” version of said mission which will usually still play out nearly the same, except for one or two small changes that will allow the player to save that warriors life and add them to your army.

In the beginning you will find yourself only able to choose from a handful of warriors, however nearly every single warrior you save can be played as. This certainly creates a quandary for players who quickly like three fighters, considering Warriors Orochi 3 contains over 120 characters to choose from and every single one of them has a unique weapon and play style that offers just a glimpse at the massive amount of content included in this one game. 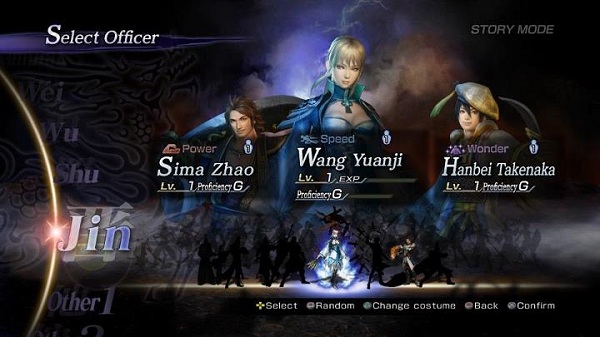 While characters from both Dynasty Warriors and Samurai Warriors already swell the ranks, there are plenty of crossover characters from other titles such as Ayane from Dead or Alive, Ryu Hayabusa from Ninja Gaiden, Joan of Arc from Bladestorm and more. To top it off there are also plenty of brand new original characters as well. This massive amount of characters allows for players to quite literally create their dream team of fighters and take unleash them on their foes.

While there is plenty of content on single player, Warriors Orochi 3 also features co-op gameplay that allows players to enter a battle with you and help you fight. However this mechanic is poorly implemented and it is difficult to find anyone who will fight with you without having to wait for a while. On the other hand, there is a brand new gameplay mode that offers players a chance to create stages of their very own, and that mode is called “Musou Battlefield.”

The Musou Battlefield will allow players to create and share their own stages as well as download other creations. The creation system isn’t very in-depth but it does offer a nice side-option to the main story that will expand the massive amount of options you have in Warriors Orochi 3.

Overall:
If for some reason you have never played a Warriors game of any kind before, then Warriors Orochi 3 is calling to you. This title could easily claim the crown of being the best Warriors game to date and my personal favorite. Not only is it packed full of content and more characters than you can shake a stick at, but it also features countless hours of gameplay.

Sure, the combat still revolves around simplistic hacking and slashing, but it has evolved beyond that by offering players seamless switching between fighters in battle. With a brand new storyline, Warriors Orochi 3 is a must have for any fan of the Warriors series and a game that should not be passed up by those who love action titles.