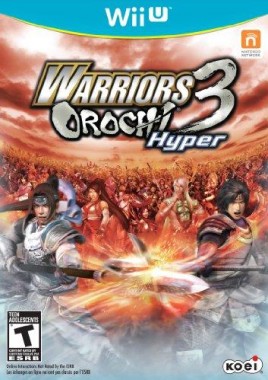 Overview
Warriors Orochi 3 launched a bit earlier this year on the Xbox 360 and Playstation 3, and it was a fine Warriors game, featuring nothing but fan service and love from Tecmo Koei. In a rather bold showing, Omega Force have released Warriors Orochi 3 Hyper for the Wii U as a launch title – featuring a new mode, a few new characters, and a brand new way to play via the Gamepad. Being a port, you would think this title’s success would be guaranteed. Does this Hyper version offer a repeat for fans or deliver as a nice entry place into the Warrior series for newcomers?

Story
Taking place years after Warriors Orochi 2, Warriors Orochi 3 Hyper places us in utter chaos, with a giant hydra wiping out entire armies. When all hope seems lost, the Moon Princess Kaguya emerges and grants three heroes the ability to travel back in time to save their fallen allies of the past. 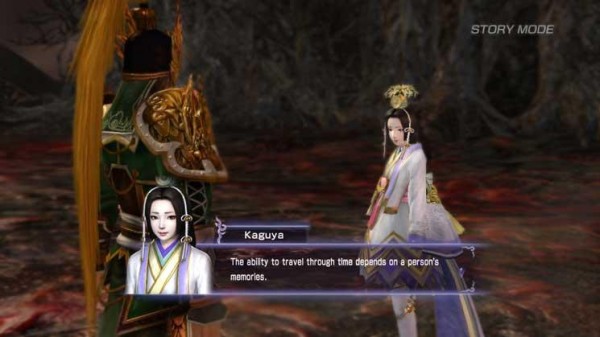 Like most Warriors titles, Warriors Orochi 3 isn’t exactly a masterpiece when it comes to narrative, but the story is told effectively enough to keep one interested, and these vast and torn landscapes provide enough atmosphere to capture the plot throughout. Warriors Orochi 3 Hyper offers two new characters in the form of Shennong (from Chinese Lore) and Momiji (Ninja Gaiden), who offer a bit more, but not enough to warrant an entirely new purchase if you have already put the other versions of this title through it’s paces on the merits of storytelling alone.

Gameplay
Fluid gameplay is what the Warriors franchise is all about, as this modern day hack and slash/beat em up hybrid relies on combos in the hundreds and it’s deep move pools in order to succeed during each mission while moving forward to the next area of the game. Thankfully, the transfer to the Wii U does not harm any of the content, as all of the upgradable weapons, techniques, and of course characters are all here, leaving fans with little to complain about. As far as the controls go, things have also remained relatively the same, with all commands appropriately mapped out on the Gamepad controller. 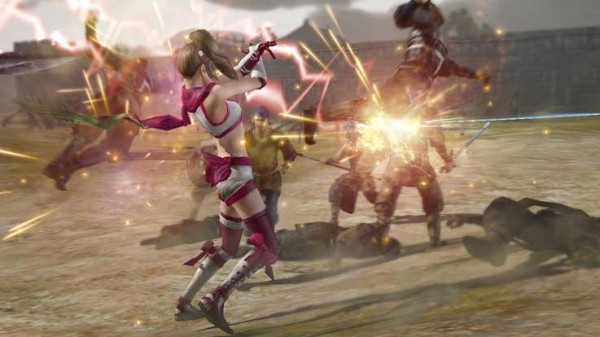 The pro controller is also an option and is the ideal way to play the game, as the Gamepad offers no form of touch control or any use altogether aside from detached mode, which was definitely a sad sight to see considering how a title like Warriors Orochi 3 could have benefited from the device. A more fluid inventory system, touchscreen technique mapping, a full screen map – ANY of these options would have greatly improved the otherwise solid mechanics within the main game – but it seems that this port is really just that, with the same exact game being copied and pasted onto Nintendo’s new platform aside from a few extras. 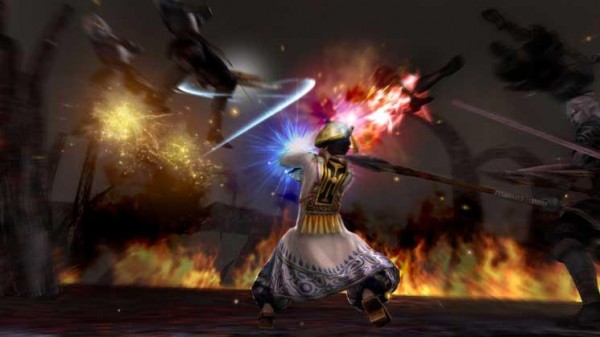 Combat itself is fast paced and rewarding, with the player taking the role of three different warriors at once that can be changed between each other at the press of a button. Fans of the Warriors series will feel right at home with the button mashing blows that the series is known for, featuring our heroes mowing down crowds of foes by just mashing the few attack buttons to their heart’s content. Yes, it’s gratifying nailing a huge combo, and the ease to do so while changing up characters comes off as effortless, killing off a good portion of repetition that has plagued the long-standing series while rewarding the player with upgrades, new characters and weaponry as they progress. 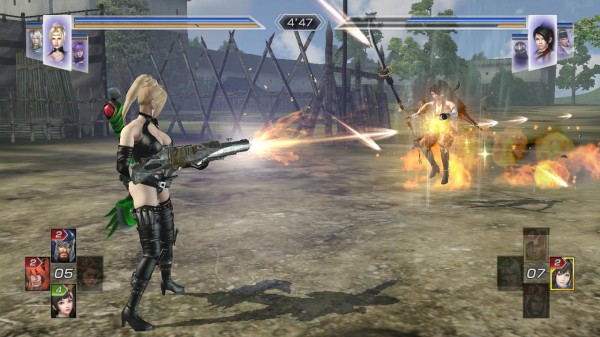 Duel Mode is the big new feature for Hyper – and it’s definitely a large draw for those die-hard fans who buy every release Tecmo throws onto shelves each year. Utilizing the team member swapping mechanic, players are tasked to fight an opposing squad until just one team is left standing. As hits are made, battle points are racked up and can then be spent on attack cards. These cards are unlocked by playing through the Story Mode, and prove useful – offering up extra abilities such as increased attack, spells, and other techniques that can change the tide of a battle in an instant. This mode proves to be a very strategical and well thought out addition, and considering how the unlocks tie into story mode and the fact that you can battle other players online, it’s sure to do nothing but increase one’s time spent with the game.

Survival and Free Modes are also available, adding to the already large amount of content within Hyper, and offering more paths to new challenges for those who crave something different. Sure, not a lot has changed with Survival, but the combat is utterly addicting as it stands – providing the player is not already tired of the repetitive yet solid gameplay mechanics that this franchise is know for.

Visuals and Audio
Just like the Xbox 360 and PS3 versions under the same name, Orochi 3 is just as nice to look at on the Wii U – well…for the most part that is. While most textures and models appear the same, the game can have trouble keeping up when it comes to mass chaos. Slowdown then occurs from time to time, causing the fast-paced combat to stutter as the action overloads the experience. Now, this isn’t a common occurrence and isn’t exactly a deal breaker, but the framerate has taken a hit for this version that will be noticed by those who have already played through the superior cousins of Hyper. Some models can also disappear or render right in front of your eyes while in battle. Again, this isn’t exactly intrusive on the gameplay, but it is a bit head-scratching to see considering the supposed power of the Wii U and the more fluid animations that this same product has delivered on other platforms. 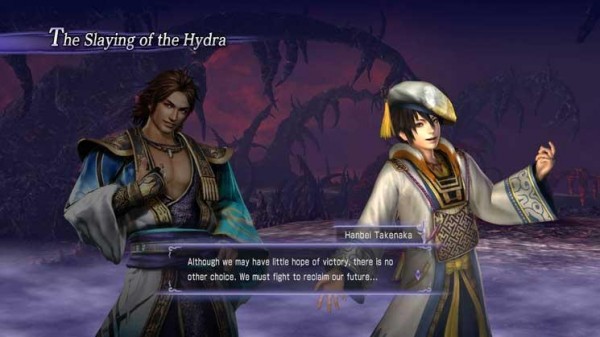 The audio work on the other hand is much more solid. All voices have been subbed (the dialogue has been untouched from the eastern version), and while I personally don’t know the language, you can still understand the emotion with the text due to the fine acting jobs of the cast, ensuring the player will not be playing through a story made out of lifeless husks. The soundtrack is pretty standard fare as well, keeping the atmosphere of battles exciting, while toning down for the more sentimental cutscenes. The sounds of the weapons on the battlefield is another well done feature with the audio, as every kill is just as gratifying as the next and gives great reason to unlock every tool of the trade due to how different each weapon feels and sounds.

Overall
Warriors Orochi 3 Hyper is exploding with content and never loses a beat where it matters most by bringing that sharp, fast-paced, and rewarding gameplay to the Wii U. Duel Mode is a fantastic addition and the two new characters are sure to attract all of those hardcore fans of the franchise. With that said, Hyper’s biggest problem isn’t really with it’s sluggish framerate or minor shortcomings that I mentioned earlier. Instead – the problem lies in the fact that this game fails to take the Wii U and do anything substantial with the console. The Gamepad’s only purpose is to stream the same exact game on two screens, and when you look at what much simpler titles offer for the same platform – that just isn’t good enough. Sure, this is a decently done port as a whole, but one that lives in the shadow of it’s own predecessors because of it’s fear to innovate.