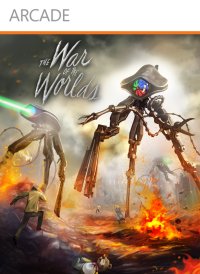 There’s not that needs to be said about the original War of the Worlds novel. If you don’t know H.G Wells wrote a spectacularly gritty and realistic novel about an alien invasion at a time when people hadn’t even yet thought of going into space, about a century ago.

Since then there have been many adaptations of his work, most of them not-so-good. So when I saw the first few gameplay videos from the game, I was super excited. The art style, music, production values, and the fact that good old Sir Patrick Stewart was the narrator made me giddy like a schoolboy. This was the adaptation I’d been waiting for.

As it turns out… it wasn’t. 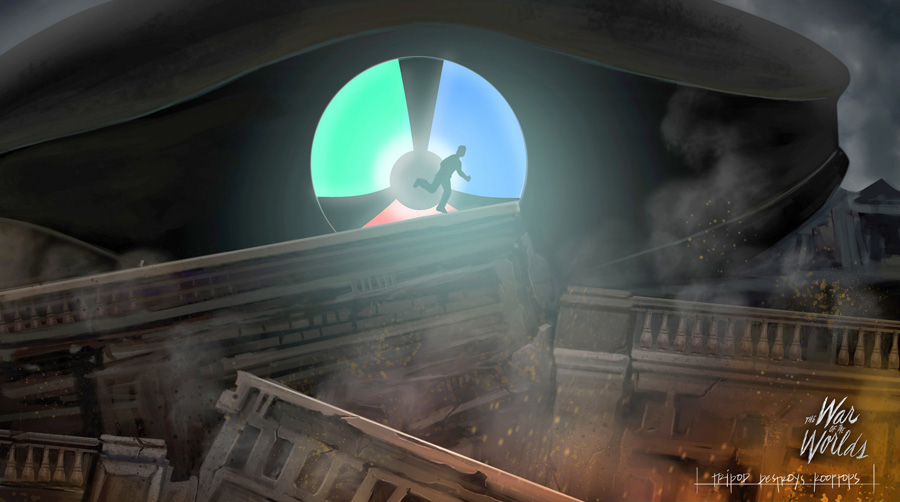 War of the Worlds is a 2D platformer, and after an amazing opening sequence involving crawling out of the ruins of a train wreck and some pretty clever platforming tricks, the gameplay goes all downhill from there.

The player character plays atrociously. He accelerates into a run about as quickly as an old man (an unhealthy old man, at that) and easily stumbles over the smallest of objects in his path. He’s also fairly stupid, because unless your jump is pixel perfect, he won’t grab onto a ledge directly above him or a box that’s right in front of him.

All this might be forgivable if the game wasn’t brutally, soul-crushingly difficult. A lot of games get away with difficulty; the feeling of reward often outweighs the frustration, but not here. Nearly every level has several enemies or environmental hazards that lead to immediate and unforgivable death, which in itself isn’t a problem, because hey, you can just reload and experiment another way to get by, right?

Well, sure. After you re-run through all the hazards you had to get past in order to get to the location of your death. See, the chekpointing system is nothing short of broken. Sometimes it’s actually perfect, saving right before some impending doom so that you can learn from your mistake and just avoid it the next time, but most of the time, that’s not the case. You can run through most of a level, be brutally obliterated, and go back to where you were four minutes ago, towards the beginning of the sequence. 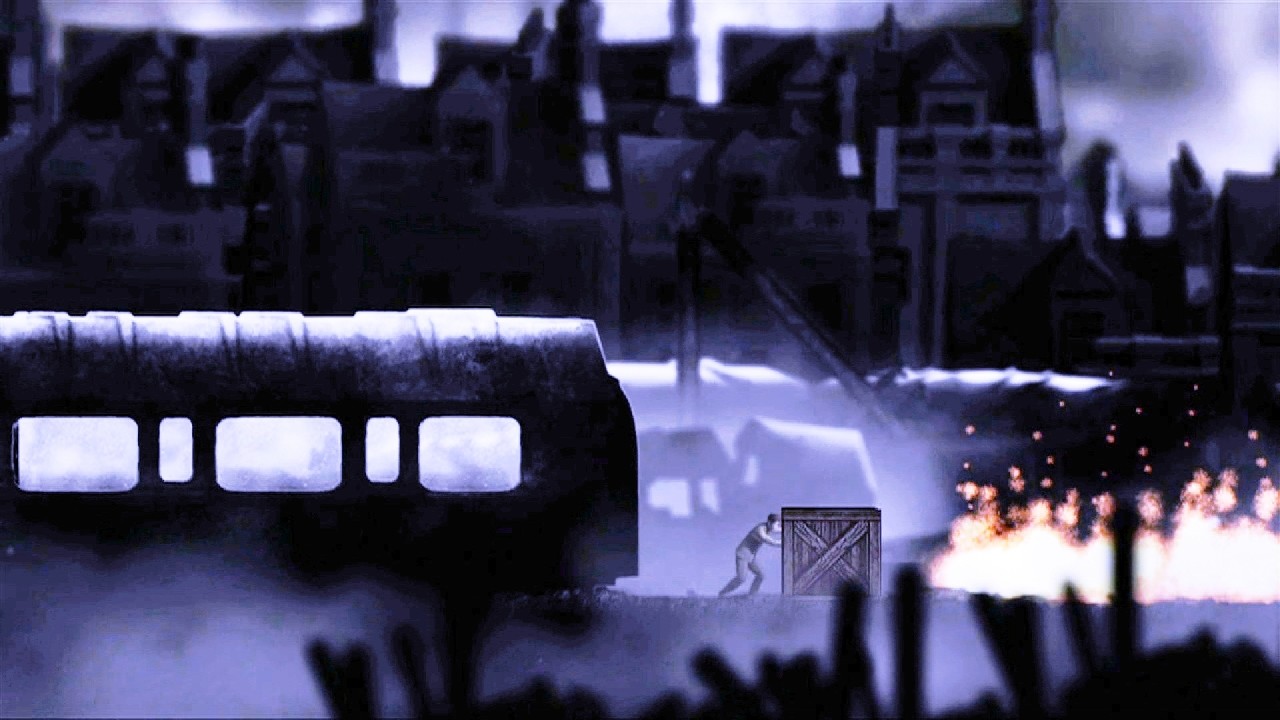 The fact of the matter is, I had to repeat a sequence where you must escape an alien heat ray about 25 times in the second level, because of the senseless lack of checkpoints. It’s like the developers didn’t take the time to hand the game to a few average players in order to get some feedback.

And in the end, that’s quite unfortunate because War of the Worlds had some great ideas. In fact, most of its puzzles are clever and the level variety is great, but it’s held back tremendously by the ridiculous lack of intelligent checkpointing and the controls which can be much less than cooperative. This in turn affects the platforming, because the game requires pinpoint accuracy in most situation and the character just won’t cooperate.

Oh yeah, and sometimes you can’t tell what actually part of the level or just in the foreground, and other times the foreground images just plain block the view of what you’re doing.

There’s a lot of brilliance and ingenuity in the gameplay of War of the Worlds, but for every situation where you’re enjoying yourself, there will be three where you just want to throw your controller through your television screen. Sadly, the bottom line is that the game is more frustrating than fun. Honestly, if you have high-blood pressure, don’t even consider watching someone play it.

This is really what makes you think the gameplay faults are a crying shame, because the game’s presentation is almost flawless.

The art design is wonderfully intricate, with a style reminiscent of the black and white War of the Worlds film adaptation the game is emulating. Colour is used well in the right places, but the blacks, whites, browns, and greys will take you right back, and you’ll feel like you’re in the 50’s, just barely surviving an alien invasion.

The set pieces are also fantastic, indeed they’re probably some of the best pieces of visual imagery I’ve ever seen in a downloadable title. From being chased by a tripod as it tears apart rooftops and houses, to the scene as you traverse a park and a battle is being waged in the background, the game nails it. You’re a lone survivor in a world of much bigger events, and you feel that way.

All this is accompanied by an excellent soundtrack which definitely feels like it could have featured in a 1950’s film, though it does get repetitive when you’ve run through the same sequence 20 times.

But the kicker is your character’s voice, as played by Sir Patrick Stewart. He’s the typical stoic hero who’s out to save his friends and family among a war-torn invasion landscape, and, of course, Patrick Stewart could do no wrong. His brilliant narration lends to the atmosphere the final piece of its puzzle, creating one of the most authentic alien invasion experiences I think I’ve ever played through. 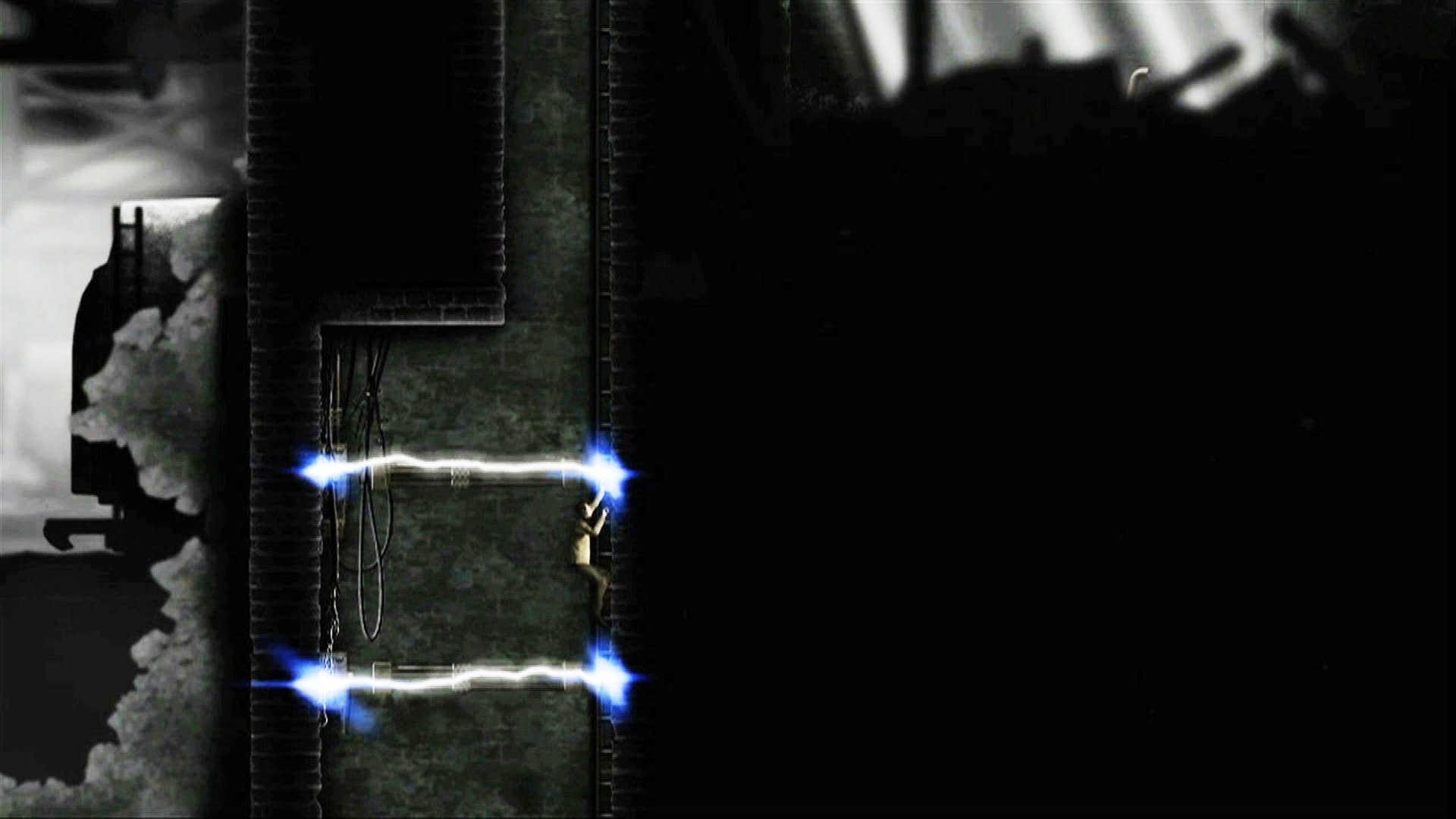 What can I say about War of the Worlds other than it’s sorely disappointed me. I so badly wanted to love this game, and its atmosphere and presentation egged me on to say, “Alright, I’ll try just this once more.” But the fact is, if I didn’t have to review this game, I would not have finished it; so I can’t tell you that the game’s wonderful and authentic recreation of an alien invasion is enough for you to slog through hours of sloppy gameplay, because it’s not.

The game is a massive ball of wasted potential. You can occasionally see the brilliance shine through, but you can’t have both unresponsive controls and the requirement of pinpoint accuracy, and this game does. Combined with a checkpointing system that works about as well as a 1950’s era train engine, the game suffers and makes you suffer with it.

I, regretfully, give War of the Worlds