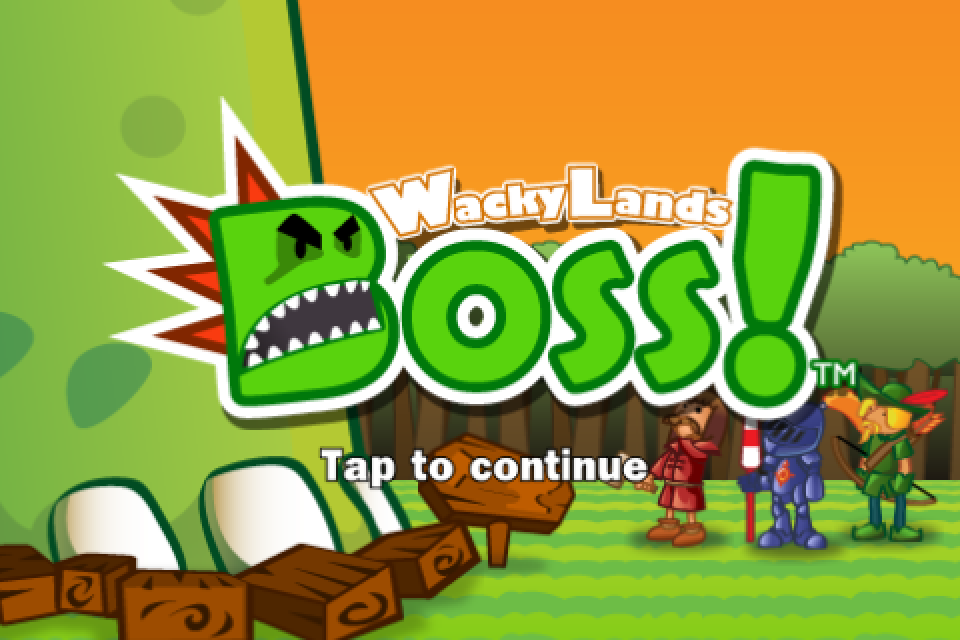 In many games, player would assume the role of a hero, destined to fight the bad guys or retrieve some very valuable treasure, and at the end of the day, he will save the world from destruction. This game is way different as it puts you in a totally opposite role. Instead of playing the hero, you play as the evil boss. Instead of saving the land/castle/kingdom/princesses, you eat the princess of the Trogan Kingdom and is tasked to destroy her castle just because you don’t like the castle. Sounds fun? Then read on! 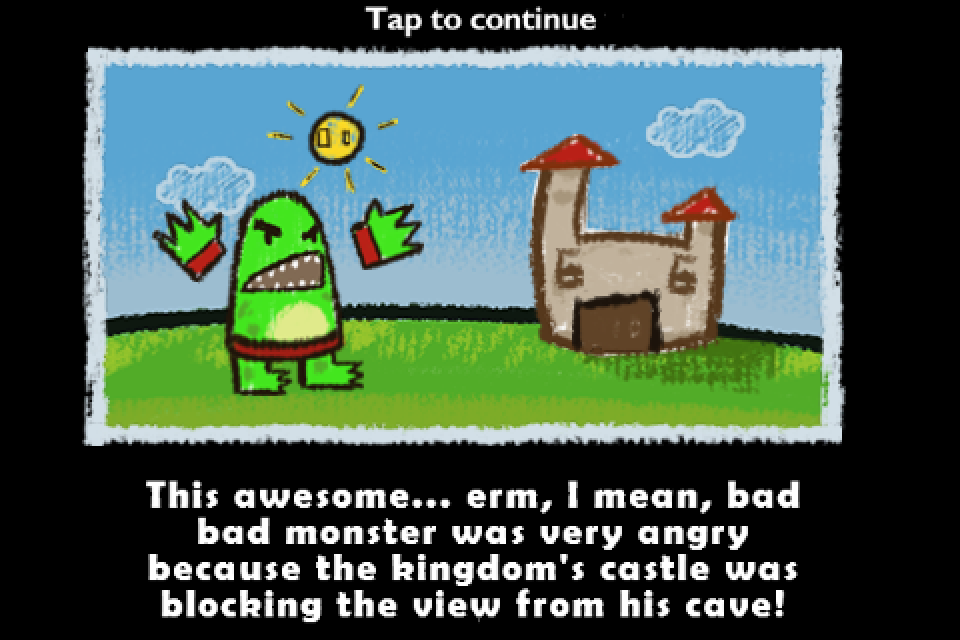 Like I said, you play as the ‘boss’, a very huge, ugly and smelly one. It’s like five times taller and bigger than any ordinary human out there. During your first few moments into the game, you were presented with some very nice hand-drawn cut-scenes, which basically tells you how big and ugly you are and why are you attacking the kingdom. The reason behind it sure made me laugh out loud though! The very shiny castle that the princess live in coincidently blocks the view of your cave, hence it must be destroyed! Of course, you will be stopped. The brave warriors of the Trogan Kingdom will unite as one to defeat you and protect their kingdom. Looks like it’s not going to be an easy task for you.

There is a total of 13 locations spread across the land of Trogan for your ‘boss’ to stumble upon. In each stage, you will be confronted with several hordes of protectors. If you manage to kill all the little humans and stay alive, you will need to fight the ultimate boss of that level, which looks a lot like you. That ‘said’ boss is actually transformed from a human being by several magicians to stop YOU (the bad guy) from destroying their castle. Of course, there will be rewards if you win, and you will be able to evolve your ‘boss’. 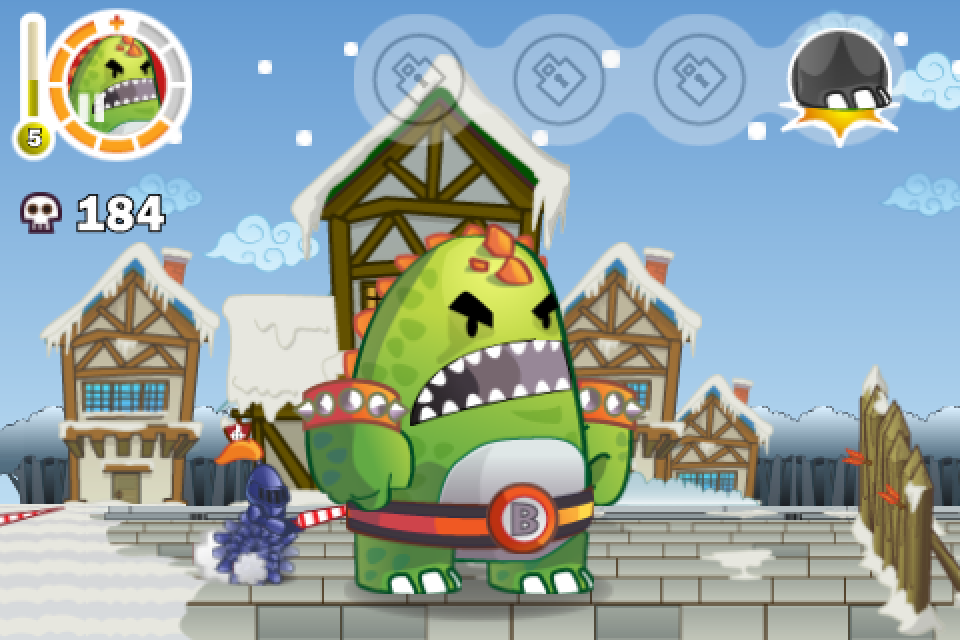 The game started off easy, but it gets harder and more challenging as you proceed. Not to worry though, because your ‘boss’ will get stronger as well with increments in its stats (Attack, Defense, Attack Rate, Speed) and the opportunity to buy better equipments. Furthermore, new special powers will be accessible as you leveled up. You will see the special attack icon on top of the screen, and the power can be used when it is completely filled. Each special powers refills at different rate, so make sure you use it well!

The control here is very simple and intuitive. It is designed to fully utilize the touch screen. No on-screen button. No D-pad. No virtual joystick. All you need to do is tap, hold and swipe. Tap and hold to walk around and smash stuff, swipe down to roll and dodge attacks and spells, tap the screen for a light attack, swipe left and right to perform heavy attacks that sends the castle protectors flying away, and swipe up to pick up stuff and throw them away. As simple as that. It might be a little bit confusing at first to perform so many movements at once, but you will get used to it as you play more of the game. It works very well with the game-play,  just don’t tap too hard or you might break your precious touch screen. 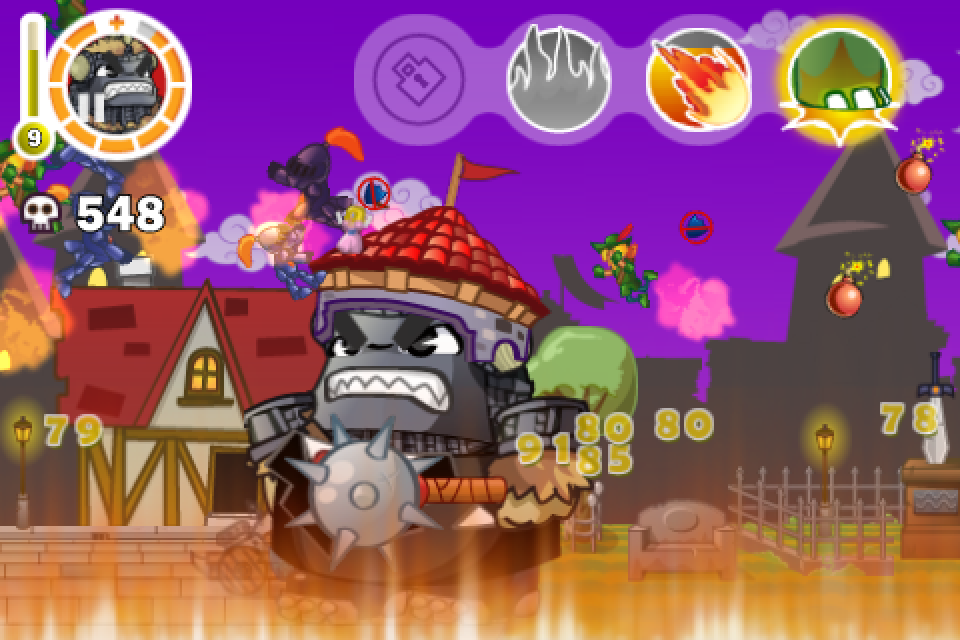 Graphics wise, it looks pretty good. It might not earn them an award of the best in-game graphics for the iOS devices, but it sure looks good. The background has crisp clear and colorful graphics, makes the game looks very pretty in general. Also, there are a lot of details that are visually presented. Equipments purchased are also shown on your character, which is a great addition in terms of customization. Players can customize the looks of their boss by equipping various items for literally every part of their body. A nice touch to the game! Not to forget the animation is very robust as well. Every move and attacks are animated, like the archers shooting arrows at you, the way your boss performs its attacks and skills, etc.

On the other hand, the game is accompanied with a nice mix of BGMs that keeps you happy while you play from the beginning till the end. Turning off the music really makes this game half as enjoyable. The sound effect is right on too to complement the great animation that this game possessed. 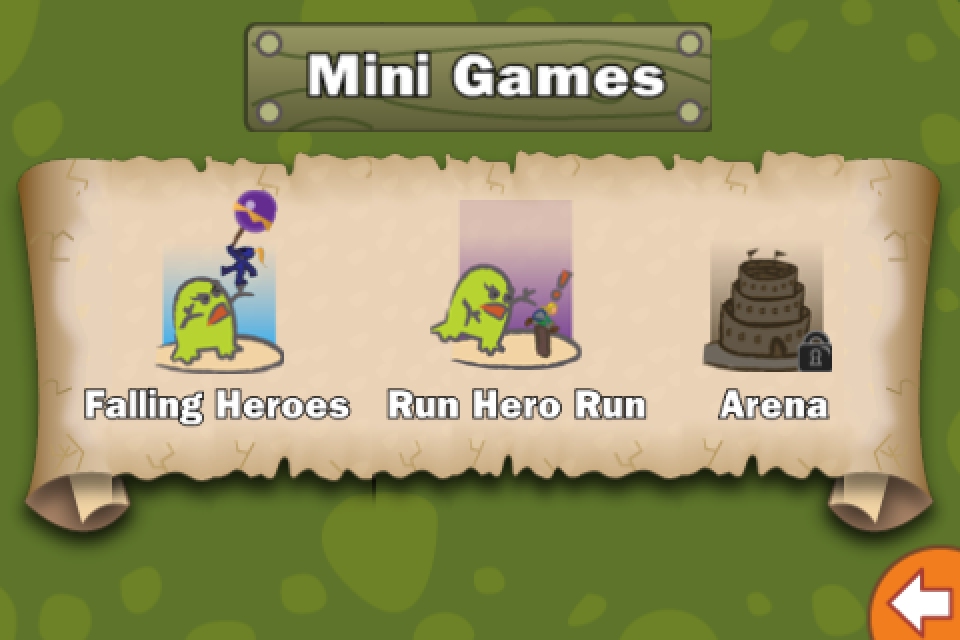 Overall, this is a great casual game for everyone. Anytime you feel like smashing something, this game is great for that purpose. With so many levels and the feature of develop your own “boss”, the possibility is endless here. Furthermore, there are 3 additional mini-games  if you got bored of the core game-play, but you need to unlock them before they are playable. All together, this is a great time-waster, a highly recommended buy.