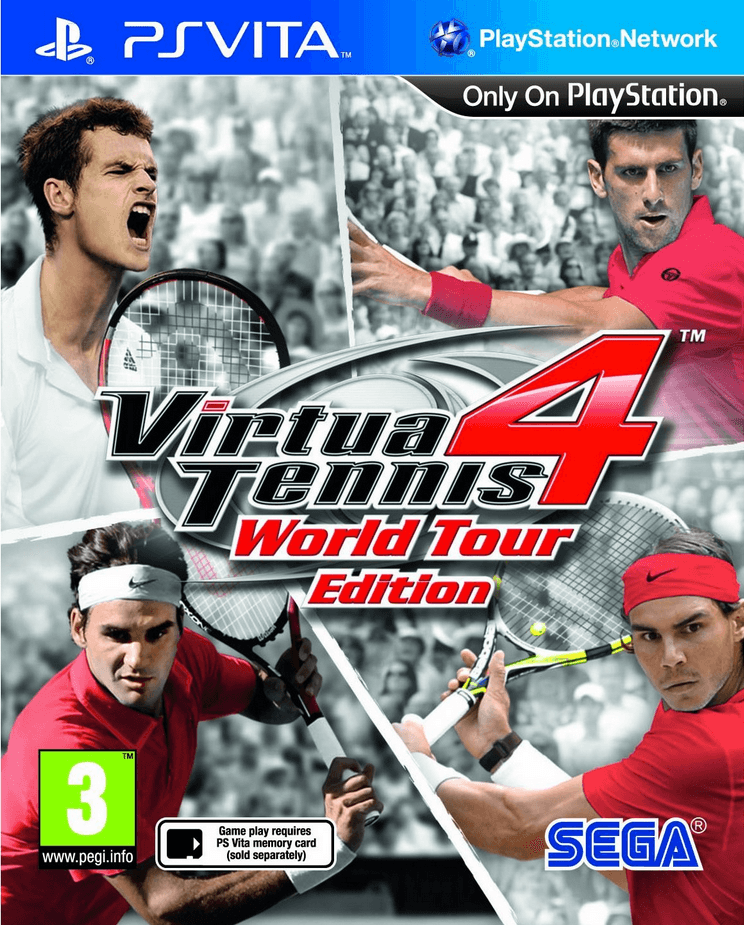 Overview
Sega’s first Playstation Vita title comes in the form of Virtua Tennis 4 World Tour Edition. This arcade tennis game brings twenty-five current and former tennis players to the courts to battle it out for the four major tournaments of the tennis season, collectively known as the Grand Slams. The game is a great addition for any tennis fan who wants to take it on the go. With great gameplay, nice visuals and a plethora of game modes, will Virtua Tennis 4 World Tour Edition ace with its next serve or will it hit an unforced error? 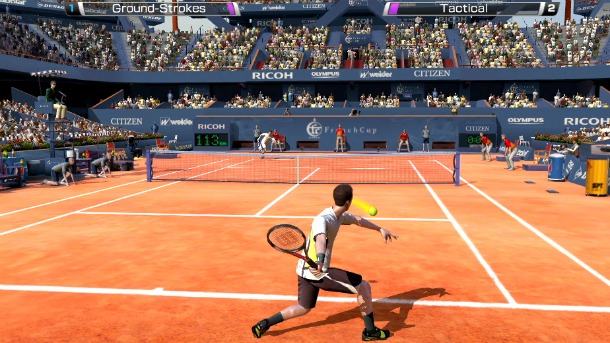 Gameplay
Virtua Tennis 4 World Tour Edition can be played with both traditional controls and touch controls. You can play a few shots as well as smash the ball for you opponent to try and whack it back. The controls work well. Each action button is assigned to a specific shot, such as a slice or a lob. The left stick moves the player around and is also used to aim those shots. The touch screen also comes into play for those who don’t like the use of traditional controls or want a different experience. The player can touch a spot or drag their finger around to move their character. Holding down your finger charges your shot with more power, with aiming done by dragging your finger to the desired location. Touch controls will require time to get used to, but it can bring a new experience to playing tennis. For the rest of you, then traditional controls are great. I prefer traditional controls since I have had experience with tennis games with buttons.

There are quite a few modes in Virtua Tennis 4. The main mode is the World Tour mode. Players will create their own tennis player with the use of either in-game customisation or their face via the front camera. Once that is done, players will have four Grand Slam tournaments, with a tournament break in the middle of the tour, to conquer in search for tennis glory. It is played like a board game and that feels a bit interesting in a not so good way. As a tennis player, I should have the freedom to choose which tournaments I would like to partake in without being restricted in terms of movement. The path does split into two at times, allowing you to participate in special events, such as exhibition matches with the top players and fancy dress matches. Training increases your condition, which allows you to perform at better levels at tournaments. Training is made up of mini games scattered across the board. 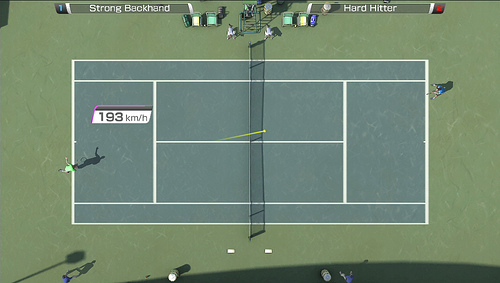 Other game modes include Arcade Mode. This is a quick mode where you are drawn against four random opponents in matches at the four Grand Slams. Exhibition mode is two tennis players playing in a match at one of the unlocked venues. There is also practice mode, which involves the player to hit balloons as they learn the controls of the game. The mini games are also in their own mode, ranging from serving into football goals to knocking down bowling pins. The game also comes with Vita exclusive mini games. These involves touch screen tennis from a top down perspective, a mode where the player experiences tennis in a first person view and even a mode where players can take pictures of tennis players in the real word using augmented reality. Online multiplayer is also available.

The roster is a mixed bag. It does include the bigger names of tennis, as well as a few legends of the game, but I felt that it still lacked in the department. Expect Nadal, Djokovic, Federer and Murray (all who grace the front cover of the game) as well as Wozniacki, Sharapova and Ivanovic on the women’s side of the roster. However, not counting the legends, the game has a total of eleven men and seven women, bringing the total amount of tennis players to eighteen. Considering this is a tennis game, the roster feels hollow. Of course, licensing may be the issue as to why the roster isn’t as big as it could have been, however, possibly having at least the top fifteen in both men’s and women’s rankings. At least there can be mixed matches. 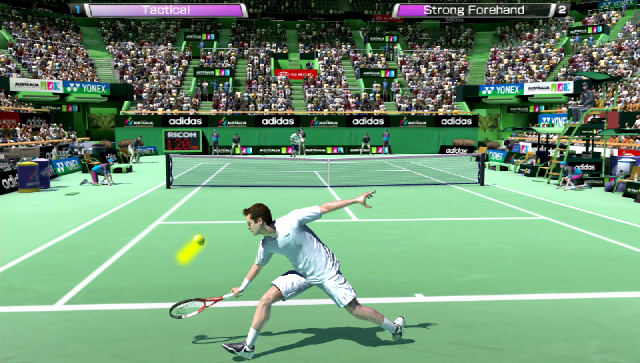 Visual and Audio
The visuals in Virtua Tennis 4 are good. The menu design surprised me as it was simple yet effective. The character models look good and their animations, while not the best out there, run smoothly for a sports title. The action on the pitch is over the top and as a hint of an arcade feel, which is reflected in the animations. The courts are outstanding. I was impressed with the fact that one of them was on a ship. This was for a tournament in the World Tour as well. I especially like the Futuristic court, bringing that over the top feeling to the game.

For a tennis game, the audio is not bad. The menu music and other background music are pretty good. The real strength with the sound design, however, is that, to further reflect the over the top actions that Virtua Tennis is all about, the grunts sound so realistic. If you have watched a tennis match live, then you would hear how big those grunts are. They hit the nail on the head with grunting. The crowds could be better. They vary in odd ways, such as loud cheering over a short rally. The crowds, however, are not necessary at the Satellite courts, since they are practice courts and have no crowds to begin with. 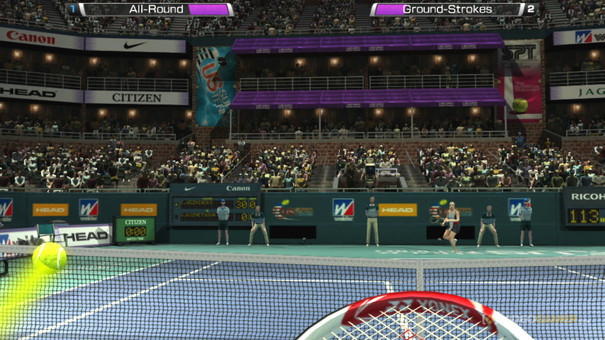 Overall
For those who want a tennis experience on the go, Virtua Tennis 4 World Tour Edition is the only option you have at the moment. However, Sega has done a great job on bringing the console version of the game to the Playstation Vita. The gameplay is the same arcade gameplay you would expect from the console versions, with exclusive features added for the Vita. The visuals are great as well as the grunting. The strange case of World Tour mode as well as a roster that should have more may deter the tennis fan in you. With that said, Sega has definitely served up an ace for the Playstation Vita.