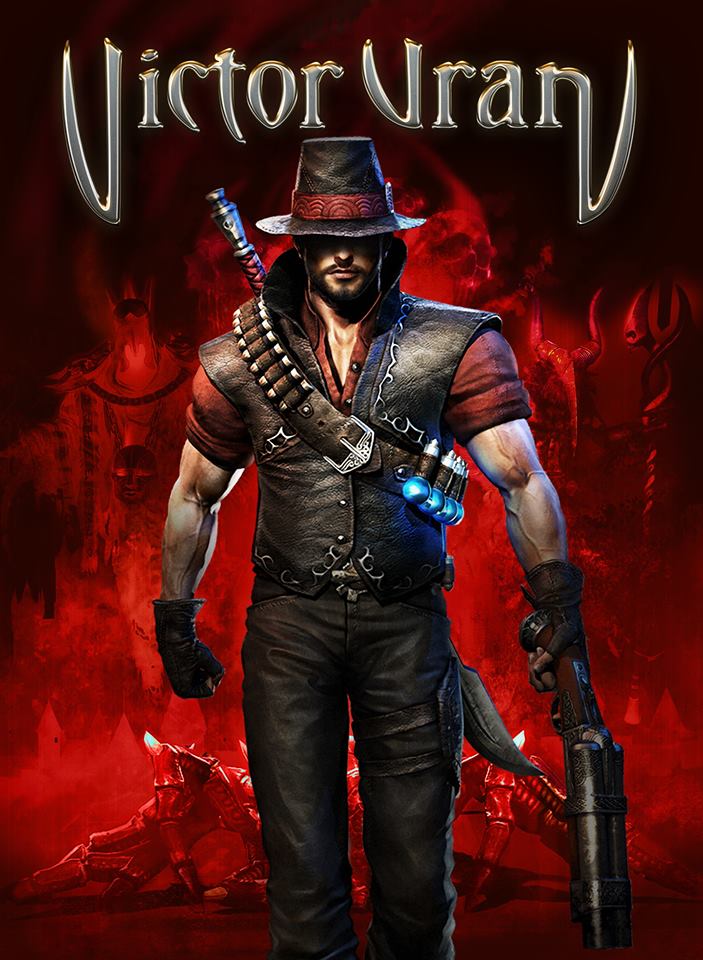 Victor Vran is the newest IP from Bulgarian developers Haemimont Games. The developers are best known for the modern Tropico titles, but this seems to be their first foray into dungeon crawlers. Victor Vran mixes gothic horror with a little bit of steampunk to create a moody action RPG.

The titular character Victor Vran is a demon hunter, a member of a storied order of demon killers who have defended the world against demonic invasions for generations. Unlike his comrades, he has made a dark pact with demons that has gifted him with incredible abilities. He now comes to Zagoravia to find what has become of one of his closest friends. There, he discovers a city barely holding out against a massive demon invasion. The streets are littered with the bodies of fallen demon hunters and a mysterious voice in his head is talking to him, taunting him. 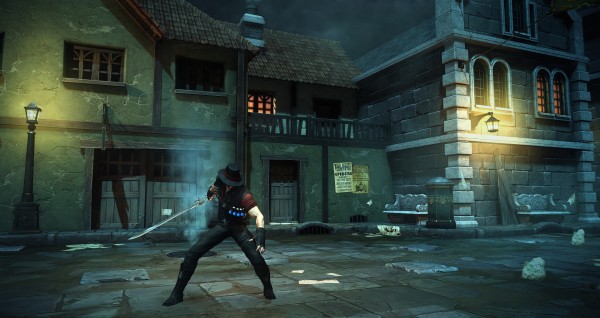 I really enjoyed Victor Vran’s writing. The story is a little predictable, but is entertaining none the less. The real star of the show are the monologues by Victor and The Voice in Victor’s head. Victor’s film noir-style monologues contrast brilliantly with The Voice’s The Stanley Parable-like narration. I was pleasantly surprised by the pop culture reference the writers slipped into the game. The Psy reference was unexpected, but the Twilight reference had me in stitches.

Victor Vran is a top down action RPG dungeon crawler that doesn’t deviate too far from the tradition. The biggest difference is the lack of class system. Victor is a flexible canvas that lets players adjust their playstyle almost at will. Instead of stat points, Victor equips a series of destiny cards that modify his base stats. Skills are decided based on the type of weapon Victor wields and player equipped demon abilities. Victor can equip two types of weapons at once and is free to cycle between them during combat. In the beginning of the game, Victor can choose between a set of costumes that modify his armour and his Overdrive resource pool. This will serve as the main influence on the playstyle that Victor will be best suited for; however, new costumes can be acquired at certain level milestones, giving players a chance to change their mind and try something new. 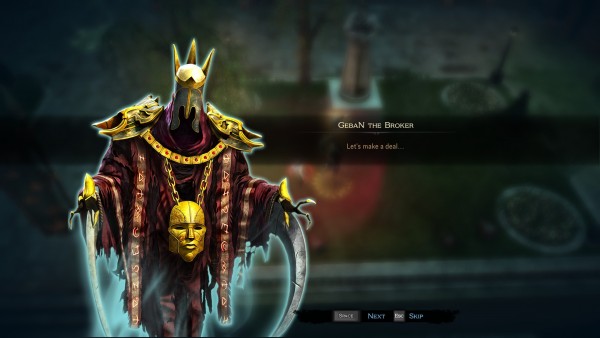 There is a nice variety in weapons, each filling a very specific niche. I really appreciated the inclusion of three separate ranged weapon types. Instead of the traditional light hitting, but fasting shooting bow contrasted by the hard hitting, but slow to fire gun/crossbow set up, Haemimont Games opted for an explosive hand mortar that needs to be charged to shoot at far distance, a flamethrower like lightning gun that takes care of mobs of small enemies in a hurry, and the slow single target focused shotgun. Melee weapons are equally varied, providing great options for full melee builds, full ranged builds, or even a little of everything.

Victor Vran’s item system revolves around transmutation. The system allowed for mixing and matching three items to create new items, improve stats on old items, and tack on new abilities. Parts of it is a bit of complicated for the casual player, but the most challenging parts are luckily the lesser used functions of transmutation. 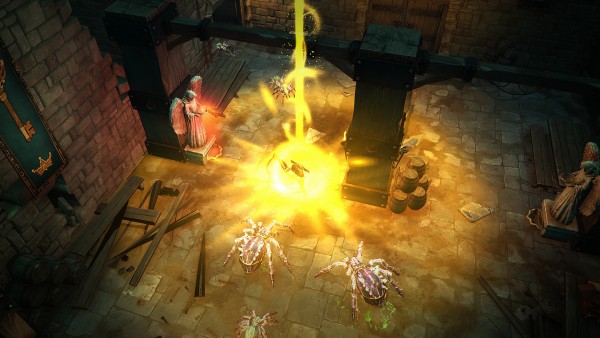 The game tries to break out of top down dungeon crawling standards a little with the control scheme. Unlike his fellow grounded demon hunters from other games in the genre, Victor can hop over fences and wall jump to reach higher areas. Smart use of the adjustable camera angles and the jump mechanic along with being willing to tread beyond the beaten path is key to finding all of the hidden chests in the game. In my adventures to unlock all the secrets the game held, I encountered the game’s most annoying issue, the controls can get hung up. Victor Vran handles perfectly well most of the time, but once Victor needs to start jumping around places, he has a tendency to get caught up on corners and in tight spaces. 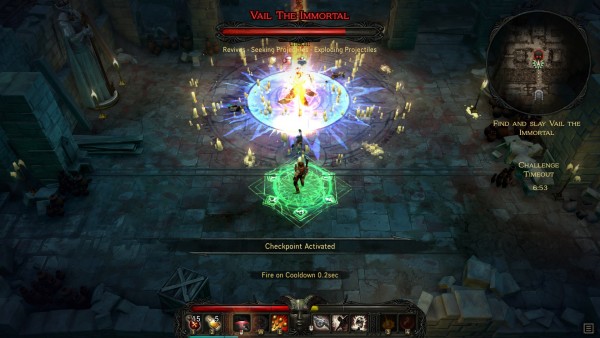 I enjoyed Victor Vran’s level design. The secrets give a little encouragement to explore, but the challenges really give the game some replayability. Each level comes with five challenges that can be accomplished for bonus gold, loot, and experience. They range from simple kill X number of monsters with Y weapon to more devious ones that require the use of the game’s hex system, which hits Victor with some nasty debuffs in return for extra experience and loot. The game supports co-op, PVP, and special treasure keys that can be shared with other players to unlock special treasure quests and bounty missions.

The game’s art style is nice mix of steampunk and gothic fantasy. It is an enjoyable little twist on the traditional demonic themed action RPG dungeon crawler. The monster design is well done, but a little on the limited side as many mobs are reskins. 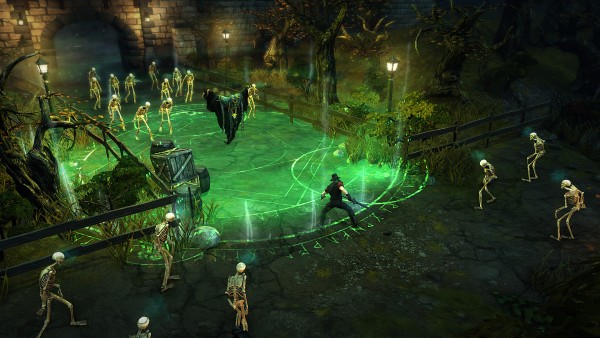 On the technical side, the game has plenty of option settings to adjust. The graphics look sharp and detailed at high settings. In my playthrough, the game ran smoothly without any serious dips in frame rate or hiccups.

Victor Vran boasts and excellent soundtrack, solid sound effects, and extremely inconsistent voice acting. It seems like the entire budget was blown to grab Doug Cockle (Victor Vran) and Andrew Wincott (The Voice), as the voice acting for minor characters is just downright awful in comparison. Andrew Wincott’s performance deserves special mention, as he takes a great script and absolutely flies with it. 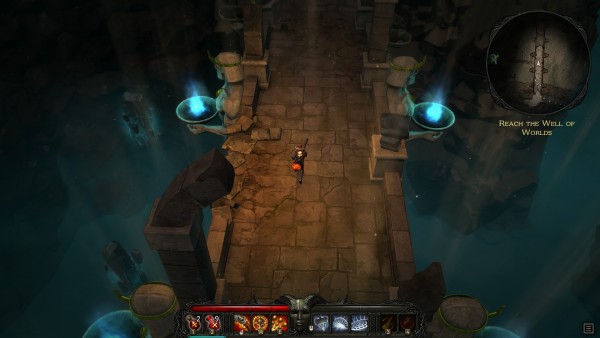 Victor Vran has a decent amount of content for its price point, with plenty of replayability and side dungeons to make it worth your time. The developers have made some great design choices to differentiate itself from other titles in the genre without straying too far. Some of the voice acting can be a bit rough, but it is absolutely worth toughing it out to listen to Doug Cockle and Andrew Wincott’s performance. Victor Vran won’t change any minds about action RPG dungeon crawlers; but if you have the remotest interest in the genre, you need to give this game a try!