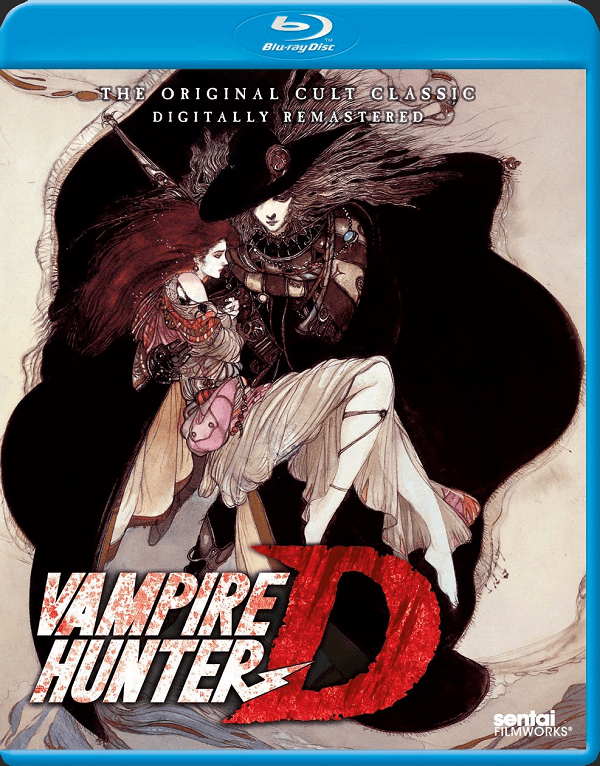 Overview
Those that have delved into the history of anime in the West are likely extremely familiar with Vampire Hunter D and the reason for that is because it helped establish the format in the West when the film was released all the way back in the late ‘80s. At the time Vampire Hunter D was released only in English dub format and although it’s gothic nature didn’t really represent anime at the time, it was one of the first anime films to be widely released outside of Japan. Now with Sentai Filmworks bringing this cult classic film to Blu-ray, does the movie live up to its history?

Story
In the far off future, mankind has nearly collapsed and although they still possess some elements of advanced technology are at the mercy of vampires and other ghastly creatures that now rule the world. Called Nobles, the strongest of the vampires have lived for thousands of years and Count Magnus Lee is one of the oldest. For over ten thousand years he has survived and after a fairly long absence, he has returned to rid himself of boredom by claiming a new human bride. 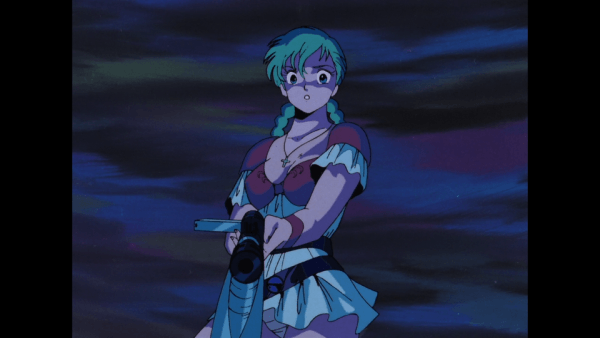 The seventeen year old Doris becomes his target after stumbling into him one night and although she is capable of handling herself, especially since she is the daughter of a werewolf hunter, now that Count Lee has set his sights on her there is little she can do against his powers. Already bitten by Lee and left to fall under his powers, Doris’ only wish is to keep her brother safe and taken care of. Thankfully for her, a mysterious vampire hunter known only as D has arrived at their town and listens to her pleas to put a stop to Count Lee and his minions. 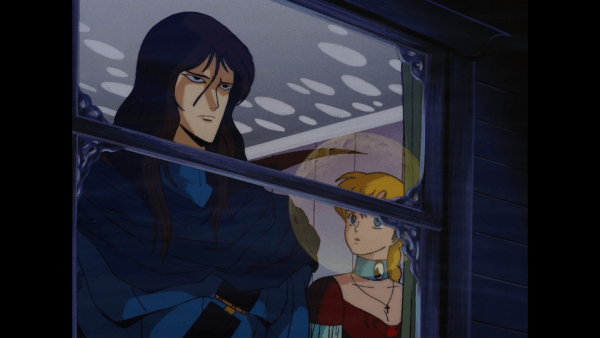 Vampire Hunter D feels like the style of movie one would watch if they wanted a classic “spaghetti western” that substituted gangs and guns with creatures, swords, and magic. Similar to your standard Western film, D, the “mysterious stranger,” arrives in the town with very little description and is hired by a young woman in immediate danger to take on the biggest threat in the area and subsequently faces off against everything in his path until it comes down to face off against the boss. 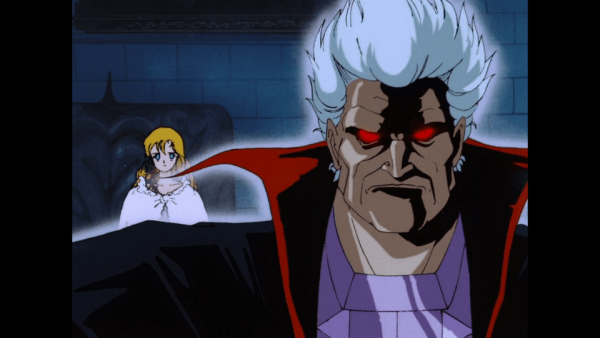 Being a dhampier, or a half-human half-vampire, viewers learn very little about D throughout the time in the film other than that he is the man to turn to when it comes to eliminating vampires. Through clever tricks, incredibly powerful weaponry, and a special left hand, D is built as a dominant man of few words and many secrets, including that he may be far stronger than anyone knows.

The fact that D is treated basically as a weapon here isn’t too much of an issue but there are some problems with the way that the plot is handled throughout this film. There are many instances that the story feels as if certain scenes were cut in an effort to trim the time down as much as possible while also providing very little information as to why certain betrayals end up taking place. Instead, the focus is set on providing a solid gothic styled film with plenty of violence as D slays his way through all manners of supernatural beings until the threat is put down.

Visuals
With Vampire Hunter D being produced in 1985 it is rather surprising how impressive the film looks now that it has been transferred onto Blu-ray. While the film was previously released on DVD nearly sixteen years ago and was a decent improvement over the original VHS, the transition to Blu-ray has helped improve the color saturation and clean up the visuals more than before. Thankfully the company has avoided cropping by keeping the original 4:3 aspect ratio in an effort to present the film as it was originally intended. 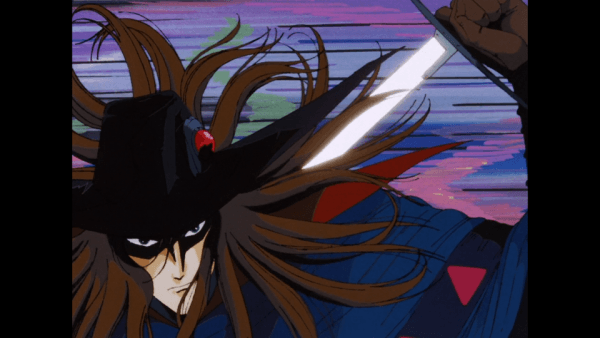 As for the actual film, Vampire Hunter D is laden with Gothic style imagery and designs. D’s wardrobe is exceptional in this regard and the character designs help provide a sense of beauty while the creatures that rise up against D are as nasty as they come. The various combat sequences are handled fairly well with enough graphic content to satisfy fans of old school violence. Though this film benefits from a higher budget than your average series at the time, there are still plenty of noticeable shortcuts taken with animation and a number of rough looking sequences throughout the hour and a twenty minute long movie. On top of that, it doesn’t help that where there could have been extra effort into developing certain elements, the film spends using excessively long pans of certain scenes.

Audio
For those who have seen this film in English before there will be something of an adjustment period needed when watching Sentai Filmworks’ release of Vampire Hunter D as they have opted no to re-use the Streamline Pictures English dub and have provided a completely new English dub of the film. This choice is actually rather impressive as the new cast handles their lines well, though mixing the gothic feel with a few of the accents used is a bit strange, and for those who want the original Japanese that option is also available. 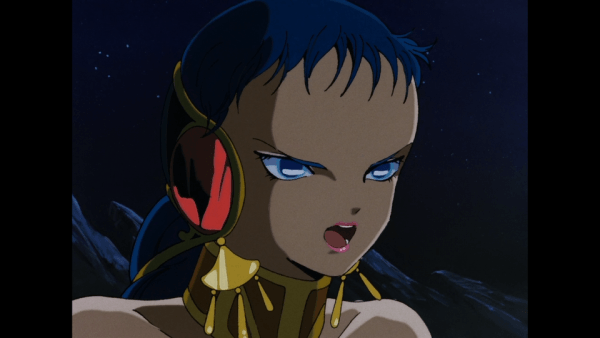 The soundtrack for Vampire Hunter D is oddly a bit ineffective due to limitations from when the film was created. With minimal usage throughout the film the themes that are used generally don’t work very well for the sequences they are matched with. Thankfully the atmospheric sounds and other sound effects help convey the nature of the world much better than the soundtrack does.

Extras
Although Sentai Filmworks has provided a great upgrade here in the form of this Blu-ray release the bonus features are incredibly simple as the only offerings are the Japanese trailer for the movie and trailers for other products from the company.

Overall
Vampire Hunter D remains a solid cult classic that served as many Western fans’ first darker anime experiences. That being said, despite being a nostalgic film for many this is also a movie that has a number of issues when it comes to telling a decent enough story. Watching D as he eliminates his foes in the best looking format possible does make Vampire Hunter D a worthwhile pick-up for those looking for a film such as this but be prepared for a number of flaws that you may never have noticed while looking back.
Capsule Computers review guidelines can be found here.