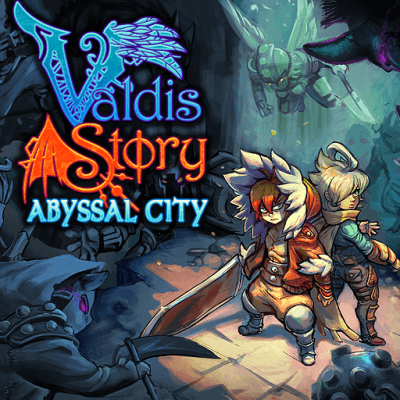 Overview
Every now and then, a game seemingly comes from out of nowhere. Valdis Story: Abyssal City is just such a game, stalking its way out of the shadows to make a name for itself and its creators, indie developer Endless Fluff Games. How does it stand when put to the test, though? Is this Metroid-like action exploration platformer a heavenly affair or a hellish nightmare? 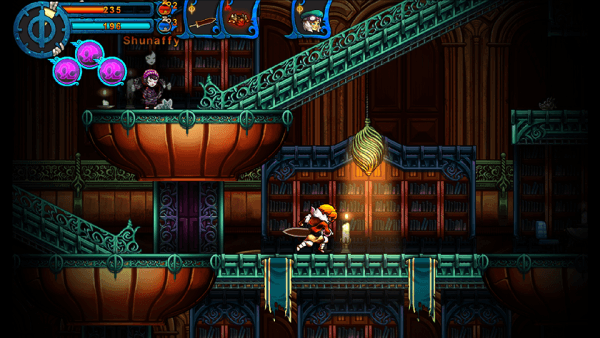 Story
Fourty years ago, the goddess Valdis was slain by her daughter, the dark goddess Myrgato. In the wake of the murder, Alagath, the goddess of light, has taken up arms and went to war with Myrgato. Perpetually fueled by the souls of humans to create angels and demons, the war has ravaged the human population. When Wyatt and his crew came to the world, they were quickly separated. Now, Wyatt must search for his companions as a much deeper plot is revealed.

Gameplay
The game’s website describes itself as a “side scrolling exploration platformer.” Much like the recent Blood of the Werewolf, it is a platformer, but folks who’ve been playing games for a while will probably recognize its playstyle more intimately by the term “Metroidvania.”

Valdis Story offers an enormous setting to explore. The overall world is made up of a tremendous set of rooms interlocked to create paths from one point to another. Many of the doors and obstacles you run across will be impossible to get through at first, and, as with most games of this nature, you’ll get some item or ability later that allows you to backtrack and pass through those doors. Behind many of them, alternate paths or even rare treasures can be hidden, making it worth your while to comb every inch of the world. 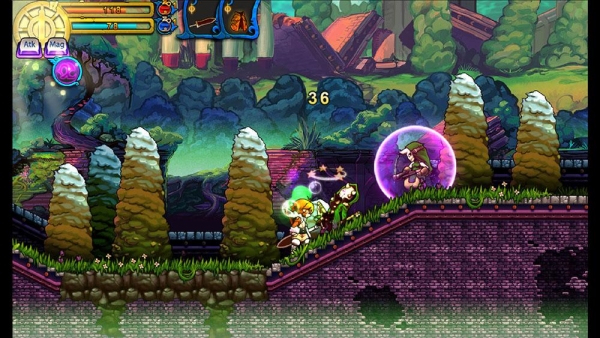 The overworld is broken up into several different major cohesive sections. Towns with shops and save points may be separated by dungeons, dangerous roads, and more. There’s a fantastic sense of variety placed in the different regions of the game, giving each locale a distinct flavor. This keeps the game interesting to explore from every angle and keeps you pressing to find the next cool thing.

One of the primary systems of the game and, arguably, one of the most satisfying, is the combat. Out of the gate, Wyatt can swing and slash his sword around, jump, block, and cast two types of magic. As the game progresses and you earn enough experience, you can unlock new skills and passive abilities (such as a higher combo string, increased health, and much more). Combat is fast and smooth, keeping you on your toes while providing a satisfying experience with a great variety enemies.

As you beat the brakes off your various foes, you’ll earn experience. With enough experience, you’ll be granted a “level up” with which you can increase one of four various stats as well as put points into those abilities previously mentioned.  It provides a satisfying and tangible reward for all the slicing, dicing, and spell-casting you’re doing. 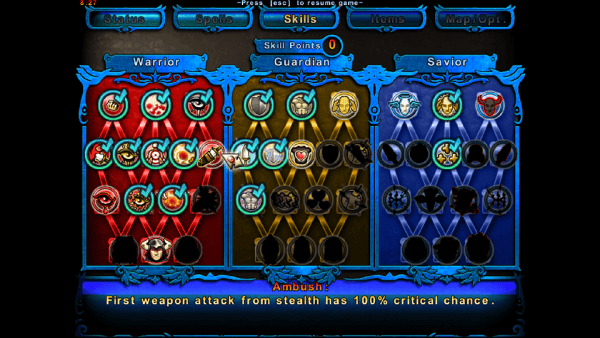 On top of stat customization, you can equip various weapons, armor, accessories, and even companions that you find as you explore the world. Much of armor is hidden away, requiring some of that special exploration unique to Metroidvania games. Many of the other pieces of equipment, like accessories, are created using items dropped from defeated foes.

On top of your run-of-the-mill enemies, Valdis Story is peppered with incredible boss battles. These present a finely tuned balance between puzzle solving, pattern recognition, and often, trial and error. Each big encounter provides a tough enough experience to punish you if you mess up, but they’re never so overwhelmingly difficult you’ll want to give up. Toppling these brutes can often result in some sort of permanent boost or a new form of magic to use in combat and world traversal, giving you both a satisfying victory and tangible reward for your efforts. 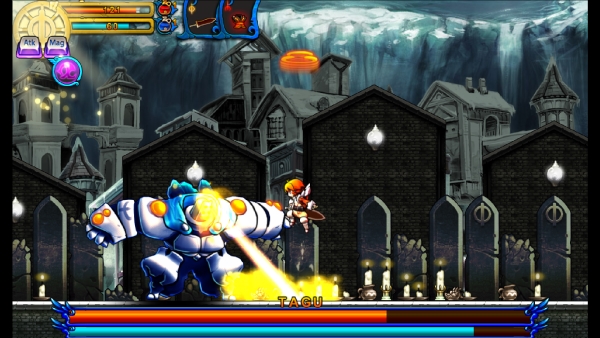 The narrative in Valdis Story is wonderfully told. The story is an epic tale of war between deities, and you’ve fallen right into the middle of it. There are no voiced lines, but there doesn’t need to be. The classic text-based back and forth between characters is both smartly written and entertaining, giving you the sense of being swept up in something truly grand.

I have only a single complaint I can levy against the game. The “down” button activates an ability that can dodge, skill cancel, and do a ground stomp if you’re in the air. This works great most of the time, but I’ve found that I am prone to accidentally pressing it when trying to maneuver some of the more complicated or precise platforming puzzles. This can cause some frustration, as you throw yourself down two floors trying to reach the next platform. I’ll also note that I did not experience this issue as much when playing with the keyboard (as I rarely hit the down arrow). 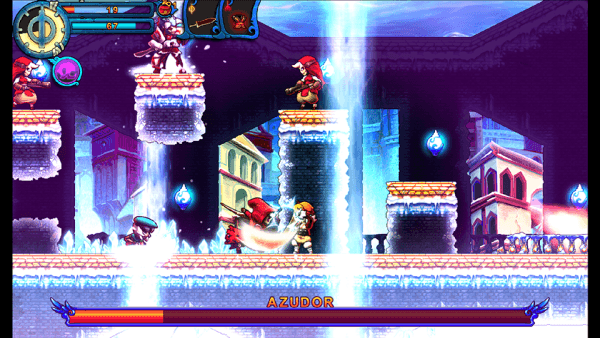 Visuals
The visual representation of Valdis Story is one of the richest I’ve seen in a 2D game, or any game for that matter, in quite some time. The colors are intense and vibrant, giving the world and its characters wonderful visual presence. Each of the character designs feel like they were pulled from a top-notch anime or manga artist and then further embellished. Character animations feel smooth as glass, lending further satisfaction to platforming and combat. I feel like I could look at this world all day and never grow bored.

Audio
The game’s soundtrack is just as strong as the other elements of the game. With over 30 tracks, there’s something here for every situation and they’re all well utilized. You may even find yourself tapping your foot along to the music on the downtimes. The sound effects are all appropriate, helping drive the action and immersion further without ever distracting from the overall experience.

Overall
Valdis Story: Abyssal City is a fantastic game in virtually every aspect. A well executed story, big world to explore, and streamlined combat and  progression mechanics provide a driving, immersive experience you won’t want to step away from. Beautiful, colorful world and character design and an immersive soundtrack further drive you into the conflict between the deity siblings. Valdis Story has won my heart as one of my favorite games of 2013. Everyone should experience what Endless Fluff Games has to offer. 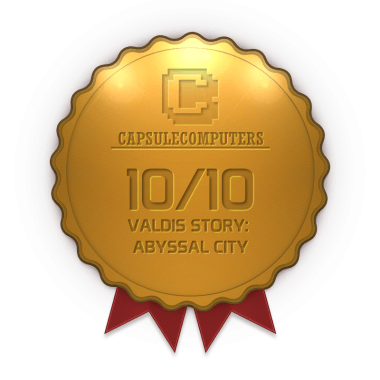