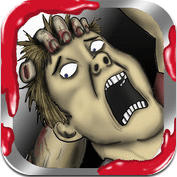 Casual games are often seen as time wasters. Played while you are waiting for a friend, a bus, or any form of being in transit. This is probably the best time if any, to quote the immortal Homer Simpson on the topic of waiting, “the waiting game sucks, let’s play hungry hungry hippos”. But Hungry Hungry Hippos is a board game, not an iOS game, right? Well okay, that is right, but iParty! Mobile has come pretty damn close to the game with their title unFed unDead. 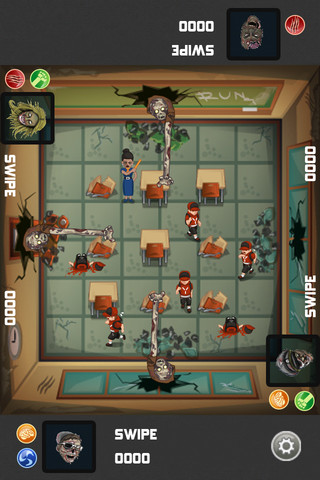 Okay so, the comparison between Hungry Hungry Hippos is a little over simplified. There is a similar theme however. If you don’t know, Hungry Hungry Hippos is a board game that features four hippos, and a whole bunch of balls in the middle. Slapping the tail extends the animals head and they eat the balls. UnFed unDead follows suit. In the middle of a room there are a bunch of tasty humans. There are four areas to swipe in around the room. Swiping will cause a zombie to burst forth from their hiding place and take a hunk of flesh from the human – thus satisfying their hunger. Of course, swapping hippos for zombies wouldn’t be all too original. So iParty Mobile have added a bit more to the game.

UnFed unDead features both a multiplayer and a single player mode. The two are essentially the same, except that one mode involves more players and a score system for each zombie. That way, you can tell who wins. Single player allows you to use all four arms, giving you a total score. The better the score, the more stars you earn. Although the game is easy to learn how to play – you just swipe at some humans and eat them – it’s incredibly hard to obtain those high scores. Normally I wouldn’t mind, but you need those stars to unlock extra levels. It was some time before I could even unlock the second level. If you aren’t put off by a challenge, by all means, you might enjoy this feature. At first I didn’t mind, but the game rapidly become very same-same. Even after reaching the next level I found myself growing tired of the swiping motion. Luckily there are unique bosses for each level. They need to attack in a specific way for you consume their tasty flesh. 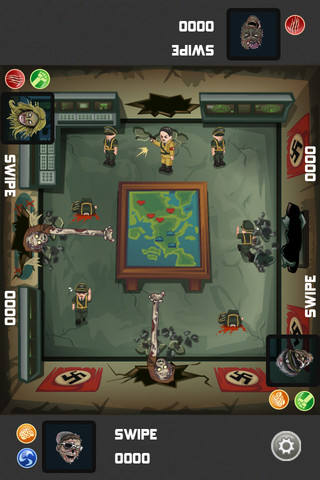 Although single player may grow tiresome after a while – the multi-player side of the game is rather fun. Swiping away with a friend or two as you frantically try and eat the humans who, for some reason, always want to wander around from my zombie, is rather fun. Problem with this is, that the game is for iPhone. The screen is a bit too small, and complications arise when you bump fingers or your vision is blocked. The multi-player mode would work fantastically on an iPad – utilising the large screen so you can play with friends who don’t have the luxury to own such a device. I must admit that it is also funny when friends get struck by a “brain drain” from eating too many humans in a row, but not so funny when it happens to you yourself – ultimately loosing the fight for food! 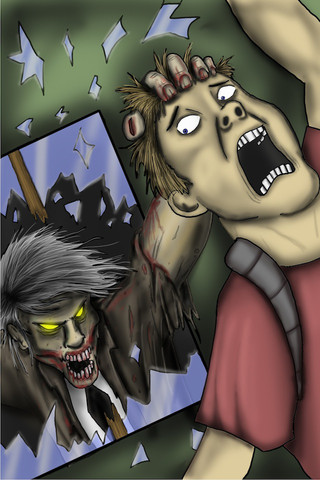 The game utilises a unique hand drawn visual style, and the dark colours add to the post-apocalyptic theme of zombies. However, it can often look very stark. This is most emphasised by the very minimalistic interfaces. It is interesting to have different themes for each level, and the characters (or food, rather) are always designed in an interesting manner. But still, the game can look a little bland at times. The sound design is very chaotic, with loud yelling/screaming and a lot of heavy guitar riffs. This works pretty well when you are frantically swiping away, especially in the multi-player version 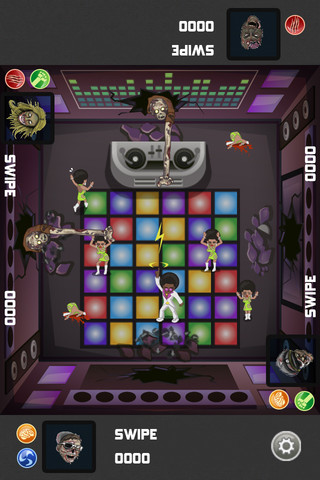 unFed unDead isn’t a bad little game. It is an interesting take on some simple mechanics that I’m sure most people are familiar with. iParty Mobile’s extension of these mechanics doesn’t hurt the game at all. As a matter of fact, they work well to make it a fun multi-player game. But as much potential to have fun in multi-player as there is, this is still hindered by the screen size of an iPhone. If you aren’t swayed by the lack of high definition graphics when playing it on an iPad, then you are sure to have some fun swiping away with friends. Alternatively, you can wait and see if a specific iPad version comes out in the future.