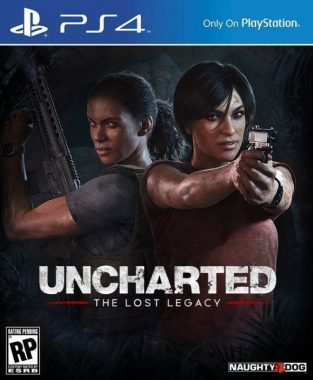 Now and then, a combination of extra assets and a little elbow grease can create a fantastic side experience for fans of a finished franchise, as some seem to respect spin-offs even more than the original adaptations they were based on. Uncharted: The Lost Legacy attempts to capitalize on the success of A Thief’s End, taking what was essentially built for Nathan Drake and lending it to the familiar and loved characters Chloe and Nadine. Yes, it’s an old yet new cast for the namesake, but does this fresh installment manage to entertain? Let’s find out.

The story for The Lost Legacy on paper is actually really decent. The player sets off as Chloe Frazer, who has enlisted the help of Nadine Ross in order to find the Tusk of Ganesh in a lost city of India. While the mission would surely bring wealth to the two, Frazer sees this as a way to finally redeem her father, who was absolutely obsessed with finding the rarity – while Ross has her own motives that are mainly financially driven. Add in a new baddie by the name of Asav, and you have the gist of the story for this title. 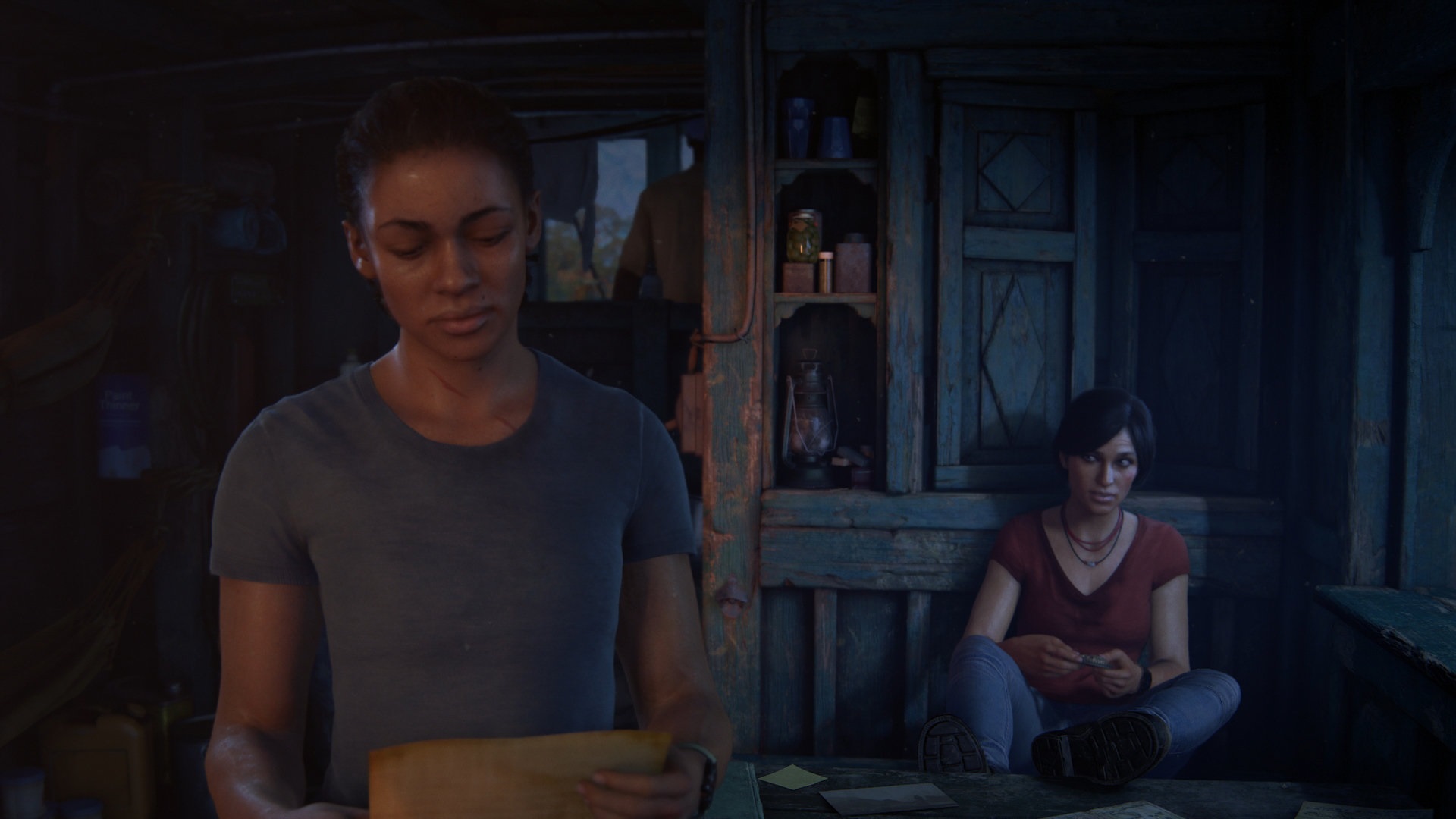 Though the game isn’t nearly as long as the rest of the franchise, it does bring out the best of the characters included. The best that is, before being buried by the first three or four chapters of the game that are seriously so boring and stale – the player could fall asleep. I hate saying that as the last half is exceptional when it comes to storytelling – but I felt so disinterested and tired before the story finally took a spike that I seriously was convinced this title was made by another developer entirely. Sure, Chloe and Nadine try to get over that boring hump with some dialogue while the player is driving around a semi-open map, but it does little to create any excitement or attachment for the experience happening that some players could lose interest after an hour or two if they are not satisfied quickly. 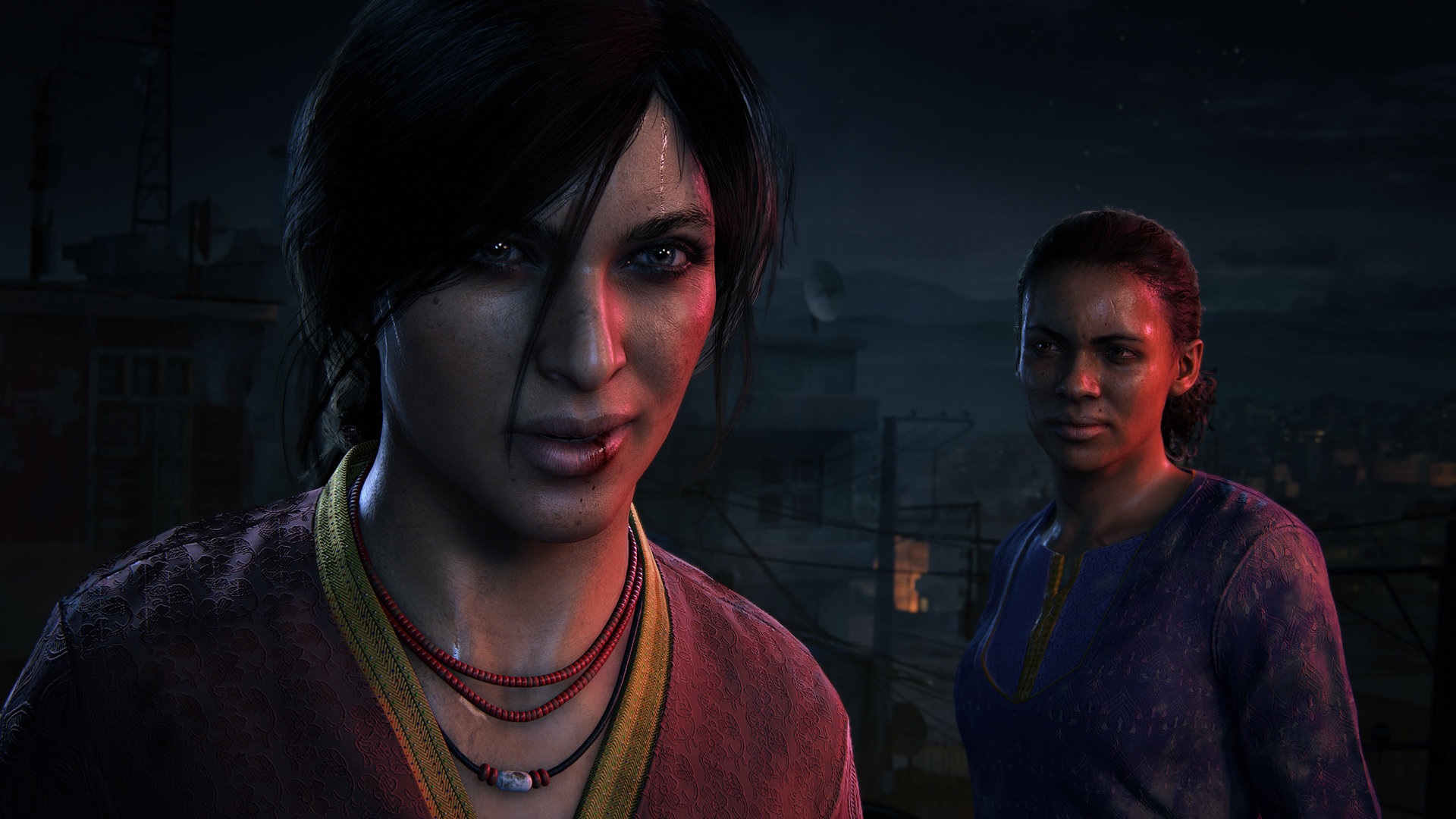 You can’t just say the words “Nathan Drake” or “Treasure” and expect fans to stay with you if nothing is going on. Now that being said, this title does shift gears and become the Uncharted we know and love after a bit of drudge, but I feel like this could have been a much richer and fulfilling experience if there was no downtime involved overall.

The gameplay in Uncharted: The Lost Legacy is brilliant. If you are used to the franchise, you should be able to adapt quickly as Chloe plays almost no different than Drake, with Nadine acting as an extra set of hands that only come into play when needed. Yes, this is a missed opportunity to add co-op (much like Resident Evil 5), but since everything plays fluid and fine here, there really isn’t a lot to complain about as if it isn’t broke, well – you know. 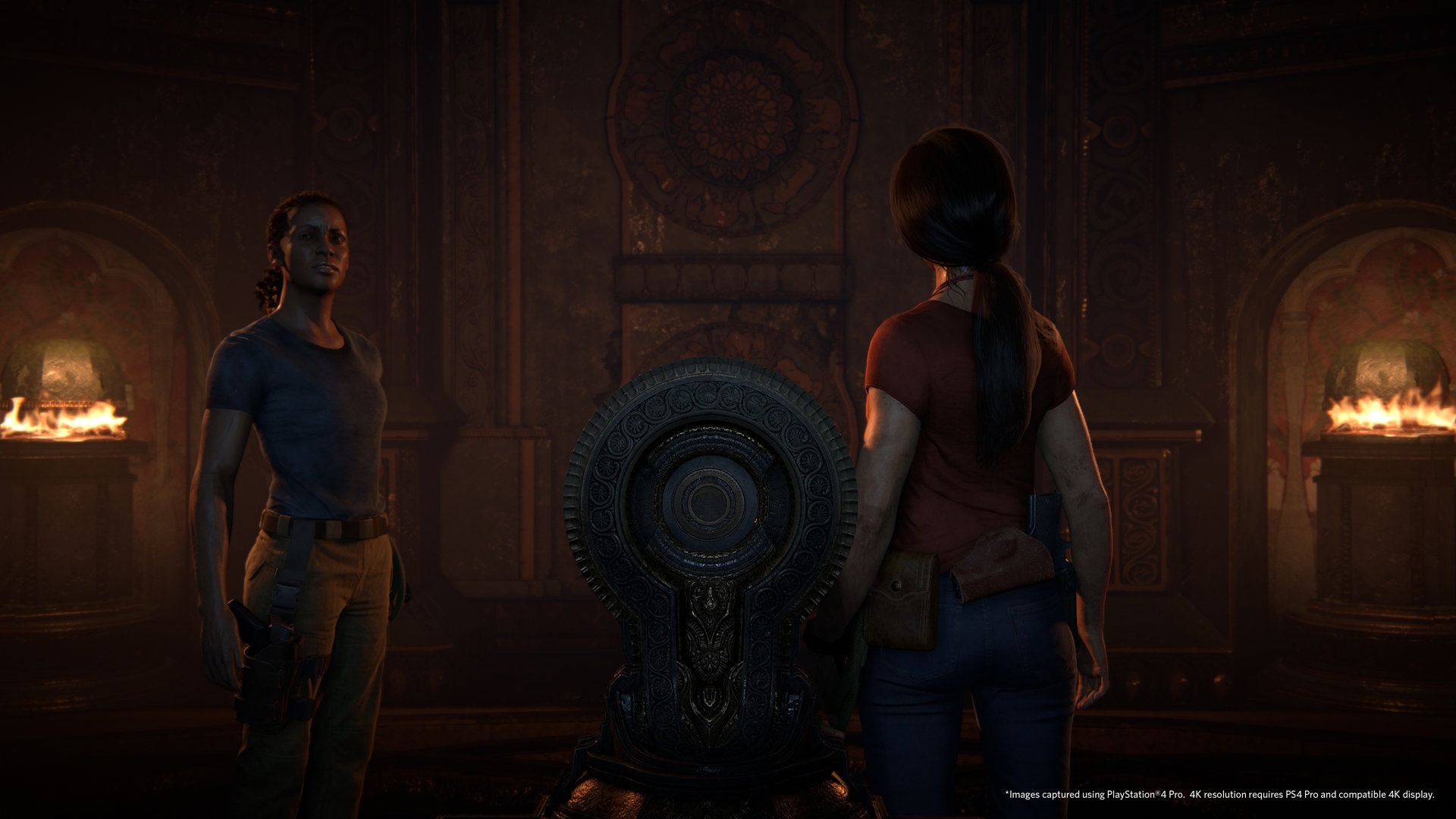 Players start out playing a linear map that leads to some exciting chases and scenes, right before being dumped into a zone where they must search for tokens in order to solve puzzles and access a secret city. The game then opens up to a large map, and has the player drive from tower to tower, fiddling with puzzles until one large temple opens itself up. During this portion, there is a lot of familiar platforming, but there is also a hefty sense of boredom as this world you stick around in for a hunk of time is lifeless and dull. I think it’s funny that two areas in the latter half of the game have more immersion and mystique than a whole over world that never offers much reward for actually exploring. Often, exploration is punished as only specific areas are climbable – living the player restricted and bumbling if they attempt to indulge in such a beautiful locale. 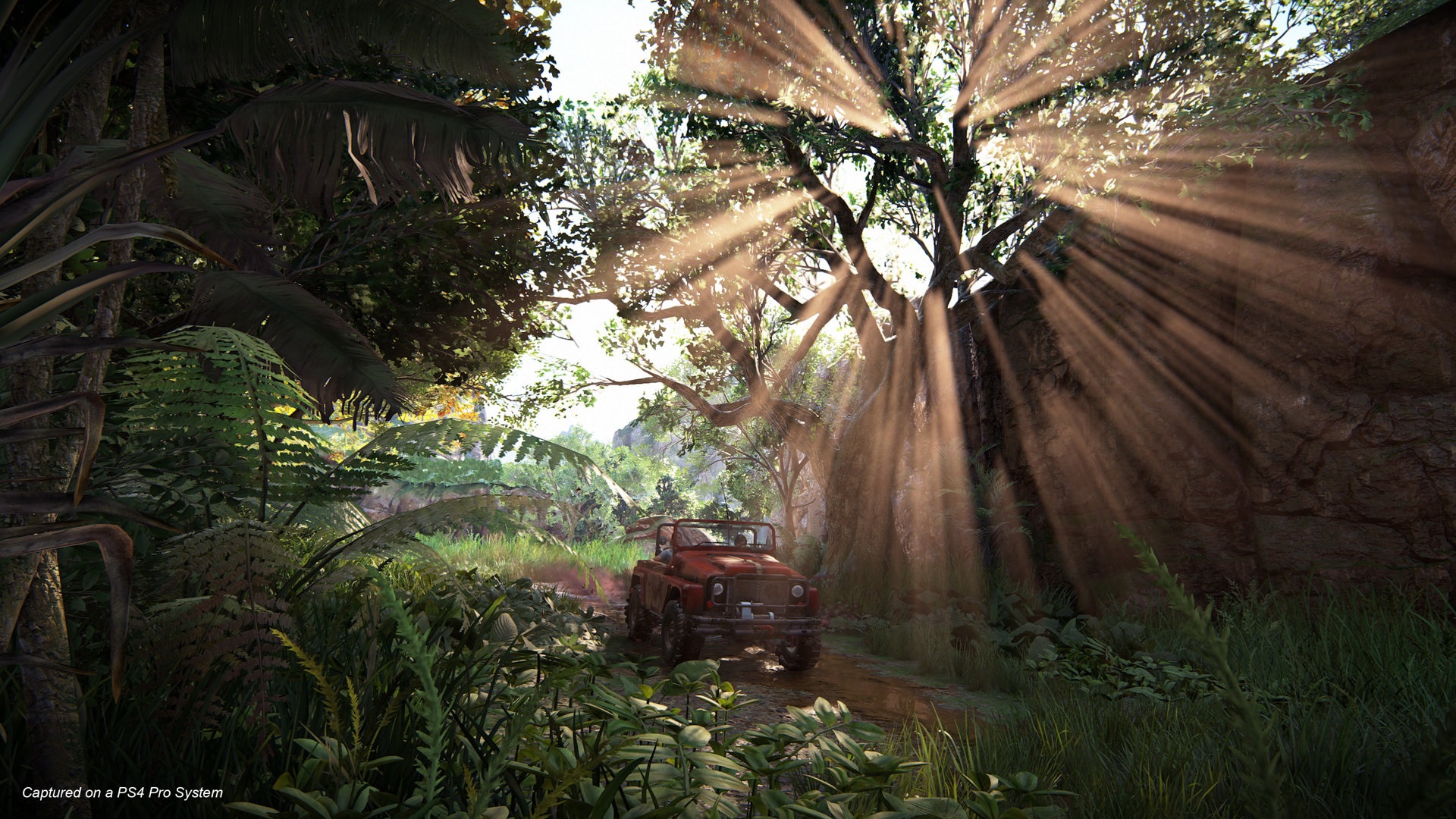 It wasn’t just a lack of narrative that made this so drab for me, it was the feeling that I was doing side quest junk that was just inserted to lengthen the game as a whole. Maybe that is just a personal feeling only I will share, but since I am reviewing the game – I have to bring up why I felt so disappointed during the first bit of my experience. Moving back into the positives, there is almost non-stop action during the last half of the game and the execution is nearly flawless. While not a lot of gameplay will feel new, the level of polish and shine that come though when Uncharted is a more focused product is top of the line, as the streamlined combat and gun battles were meant to take place in a linear world. Uncharted just seems to be one of those series that needs to stay within the boundaries that make it so great as if it breaks away, it becomes a lesser product as a result. It is like adding a Pikachu to Schindler’s List. Sure, it still is Pokemon, but it will never fit.

Overall, the latter half makes up for my own issues with the first half of the game, as from around chapter five on, the combat is fluid, the game goes fast, and there is so much fun to be had that one will not regret their check with these two divine heroines.

Visually, this world looks incredible. That should come as no surprise to many, as this game is an extension of sorts to Uncharted 4 – which is hands down one of the best looking games of this generation. It is really nice seeing the small details of wet clothes, dirt, and mud applied to the character models to give them a more realistic gruff, and Chloe’s own admiration with the world kind of shows how visually appealing the brightly colored fauna is in terms of eye candy for the player. 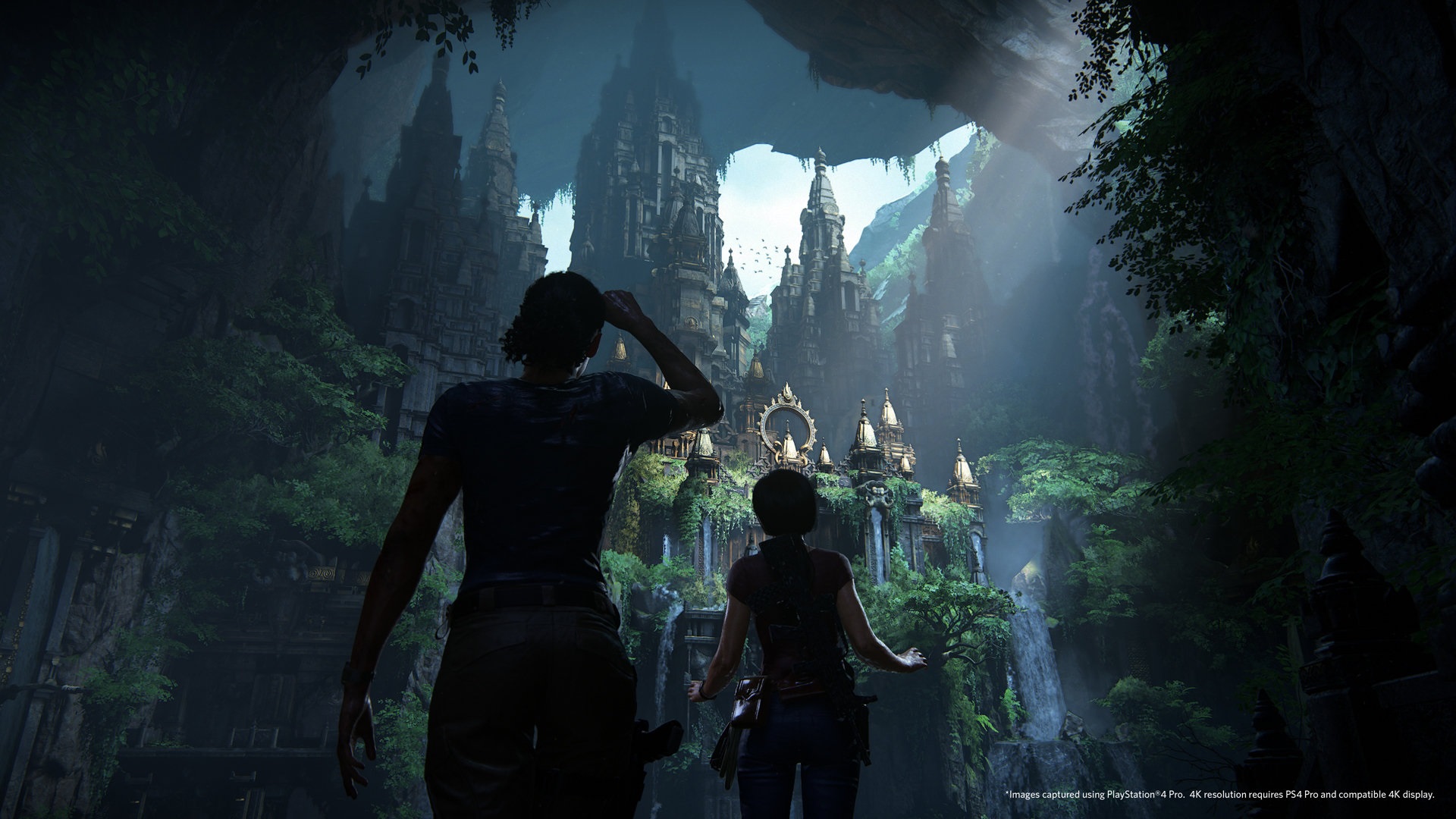 As far as sound goes, the voice acting is absolutely superb. Two actresses have returned to lend their talent yet again, and aside from some filler script at the start, I can say that the passion each put into these ladies will have the player hooked on Nadine and Chloe throughout. The music is a bit forgettable but fitting – aside from one beautiful score that involves a slow, gentle ride on an elephant, which is one of the finest scenes in the game, period.

Uncharted: The Lost Legacy is an awesome addition to the franchise. The big deal here is that there is a bit of a slump before you take off running and that the price tag is a bit steep for what essentially feels like a DLC pack with a new character. With that said, there still is a lot of meat on the bone here, with treasure to find, a great story to experience, and moments that will assist fans in building a better perspective for two females that I would be happy to see again. For The Lost Legacy, I would be proud to tell Naughty Dog that I would love another helping, but with a little less filler and a lot more of what makes this such an important series in Sony’s library.

Uncharted dives into new Territory with Chloe and Nadine
7.5